Makar Sankranti, a largely celebrated Hindu festival, marks the winter solstice every year and is celebrated in January. It is also known as the Kite Festival because this festival is celebrated through flying colourful kites. Deity Surya (Sun God) is worshipped during Makar Sankranti. On today’s date, the sun transit’s from Dhanu Rashi (Sagittarius) into Makara Rashi (Capricorn).

In Nepal, the festival is called Maghe Sankranti and in India, this festival is celebrated in various places and is known by different names in different states. In Maharastra and Goa, it is known as Makar Sankranti, in Assam, it’s called Magh Bihu and Lohri in Punjab. 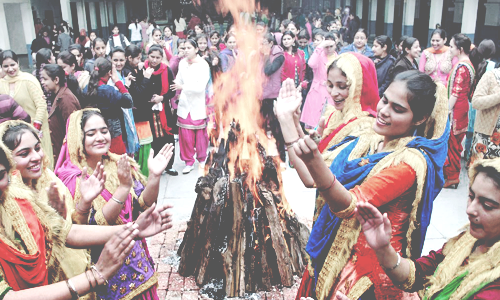 In Punjab, on this day, it is very important to bathe in a river during early hours. People light diya and lamps in sesame oil because it is believed to be very auspicious and that doing brings prosperity and drives away all sins. They enjoy the day performing bhagra. Kheer (Indian sweet dish) is prepared with rice, milk and sugarcane juice especially on this day in every household. 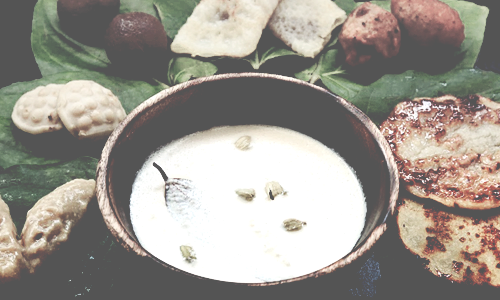 In Bengal, there is a ritual where the household prepares aske pithe (a traditional sweet dish) and offers to god. They put rangoli using khori mati. Variations of Pithey is made milk, jaggery, rice powder. 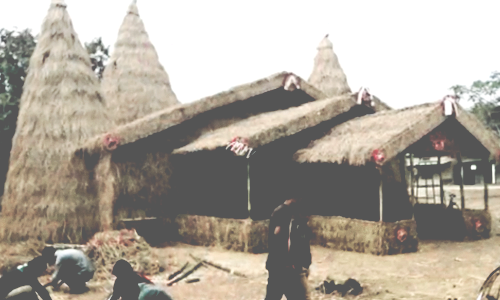 In Assam, people erect makeshift huts popularly known as Meji and Bhelaghar from Bamboo, leaves and thatch. There are feasts and bonfires. They prepare food and celebrate this festival together in those makeshift huts. They perform their traditional dance, Bihu and next morning they burn the huts. They also feature traditional Assamese games, tekeli bhonga (breaking of the pot) and buffalo fighting. 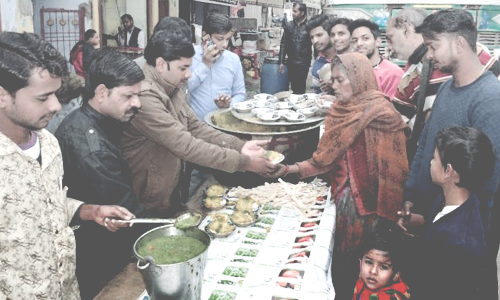 In the Rajasthan, Makar Sankranti is one of the major festivals and is celebrated with special Rajasthani delicacies and sweets such as til paati, gajak, pheeni (either with sweet milk or sugar syrup dipped), kheer, ghevar, pakodi, puwa, and til-laddoo. The women of Rajasthan observe a ritual in which they give gifts to 13 married women. People invite friends and relatives (especially their sisters and daughters) to their home for special festival meals called "Sankrant Bhoj" and give out many kinds of small gifts to Brahmins or the needy ones. Kite flying is traditionally observed as a part of this festival. 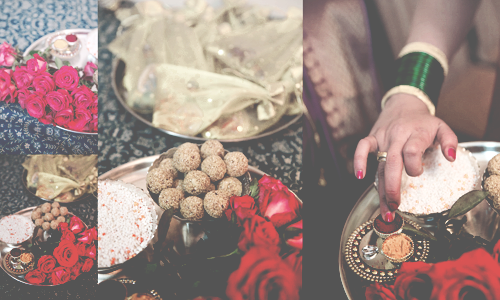 In Maharashtra on Makara Sankranti, people exchange multicoloured halwa and til-gul laadoo. Puran poli (flat bread stuffed with jaggery mixed with toasted, ground til [white sesame seeds]), are offered for lunch. While exchanging til-gul as tokens of goodwill people greet each other with the words "til-gul ghyaa, aani god-god bolaa" (Accept this til-gul and speak kindly). The underlying thought of this exchange s to forget the past ill-feelings and hostilities and resolve to speak sweetly and remain friends.

Celebrations in Goa closely resemble that in Maharashtra. The women celebrate 'haldi-kumkum' where they invite women and exchange gifts. 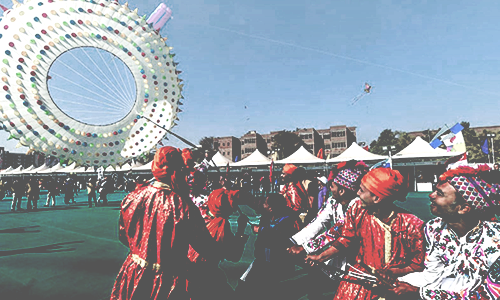 Uttarayan, as Makara Sankranti is called in Gujarati, is a major festival in the state of Gujarat which lasts for two days. 14 January is Uttarayan and 15 January is Vasi-Uttarayan (Stale Uttarayan). Undhiyu (spicy, baked mix of winter vegetables) and chikkis (made from til (sesame seeds), peanuts and jaggery) are the special festival recipes savoured on this day. 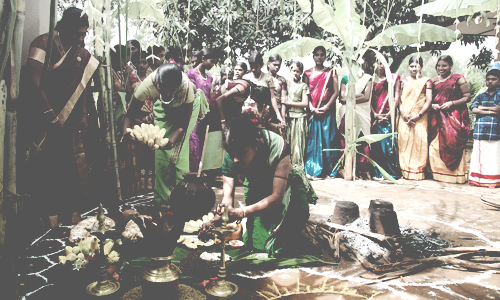 In Tamil Nadu, the festivities are celebrated for four days, Bhogi Pandigai, Thai Pongal, Maattu Pongal and Kaanum Pongal. The second day of the festival is Thai Pongal or simply Pongal. It is the main day of the festival, falling on the first day of the Tamil month Thai. It is celebrated by boiling rice with fresh milk and jaggery in new pots, which are later topped with brown sugar, cashew nuts and raisins early in the morning and allowing it to boil over the vessel. This tradition gives Pongal its name. The moment the rice boils over and bubbles out of the vessel, the tradition is to shout "Ponggalo Ponggal!" and blow a conch, to announce the arrival new year and the good tidings it promises. Then, during sunrise, new boiled rice is offered to the Sun god thanking him for blessing the household with prosperity. It is later served to the people in the house. Savouries and sweets such as vadai, murukku, payasam are prepared for the occasion and visit each other and exchange greetings.

Happy Uttarayan/Pongal and Makar Sankranti to all

Reminded me of Kuttch waali Sankranti

Also Lohri/Pongal/Uttarayan/Bihu wishes to everyone

KD the tags are 🤩

My favourite part of Makar Sankranti was Til Gud and hot hot Puran Poli with Kadhi made by Grandmother.

Tags are a fab!