What does robotic rat buttigieg means?,

Omar! I watched this one, yesterday. Thanks for the rec. It was cute. I forgot about Buttigieg in the first five minutes.

Netflix Holiday Hit ‘A California Christmas’ Is Getting a Sequel (EXCLUSIVE) 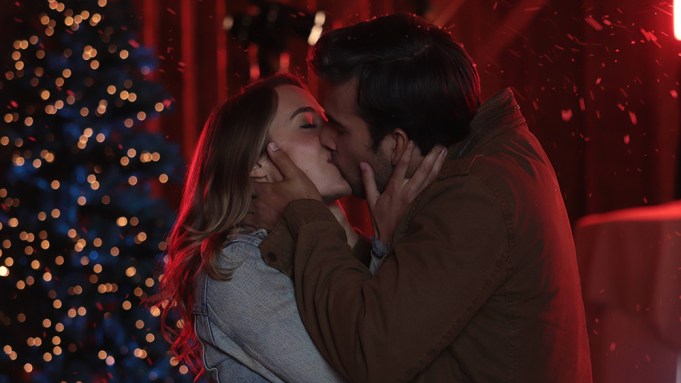 After the unexpected popularity of the new Netflix movie “A California Christmas,” the holiday romantic comedy is getting a sequel.

Ali Afshar’s ESX Entertainment, the production company behind the film, has fast tracked pre-production for the follow-up, which will be titled “California Christmas: City Lights.” Filming is expected to begin in early 2021 in various parts of northern California, including Petaluma, Sonoma County and surrounding areas.

Netflix doesn’t provide streamlined viewing metrics for its movies or television shows, but “A California Christmas” appears to be a breakout hit on the streamer’s charts. The feel-good film, which premiered on Dec. 14, ranked No. 1 globally for a week and has remained in the top 10 since. According to Forbes, “A California Christmas” beat out Ryan Murphy’s musical “The Prom,” which stars Meryl Streep, James Corden and Nicole Kidman, as well as perennial favorites like “How the Grinch Stole Christmas” for the top spot on the platform’s most-popular list.

Afshar is reteaming with fellow producers and lead stars Lauren and Josh Swickard, who portray the main couple and are married in real life. The pair met in 2017 on the set of Afshar’s film “Roped,” a romance drama about the daughter of a progressive town’s councilman who falls in love with a cowboy from a traveling rodeo.

“A California Christmas” follows a charming and wealthy real estate heir who poses as a ranch hand to get a hardworking farmer to sell her family’s land before Yuletide Eve. The sequel will see several familiar faces, including Leo (Afshar), Manny (David Del Rio) and others, as Lauren’s character Cassie gets acclimated to her new beau Joseph’s socialite high life.

Lauren Swickard is writing the sequel and Shaun Piccinino is returning to direct. Daniel Aspromonte, a producer on the first film, will also be back for “California Christmas: City Lights.”

This fits the bill for what I was looking for 2 nights ago but it was so awful. God awful. I mean I know what to expect in this space but like I said, awful. The guy is cute but that's it, I couldn't make it to 30 mins. I watched Made In Heaven, episode one instead.

The dude's acting in this was so bad. So so bad. Couldn't even get through this

For a quick rom com, go with The Lost Husband (Josh Duhamel was

in it) or Holidate.