Who Is Your favourite Bollywood Director?

So we have my favourites in this order:

1. Ashwini Iyer Tiwari - Creator of small but meaningful films with lots of heart.

2. Gauri Shinde - Creator of the gem called English Vinglish, the most immensely watchable and re-watchable movie of last decade. Didn't like her second film much, but probably because I was expecting a lot more from her.

4. Shoojit Sircar - The guy is a genius. Period.

6. Sujoy Ghosh - The guy can make thrillers alright! Kahaani and Badla had me on the edge of my seat, with nail-biting sequences.

7. Raju Hirani - When I want to watch a mass entertainer, this guy is my go-to director. He knows how to make massy films without me legitimately losing my brain cells.

Oh forgot to mention these two:

1. Vikramaditya Motwane - From an exquisite 'Lootera' to a gritty 'Trapped', this guy has a genius for picking the right scripts and transforming the mundane into the sublime.

2. Neeraj Pandey - 'A Wednesday' was classic. Love, love his style of filmmaking.

Then Gauri Shinde for English Vinglish and Dear Zindagi

Then Gauri Shinde for English Vinglish and Dear Zindagi

Oh yes, completely forgot about him. Thanks for the reminder. 'Chak De India' is an absolute masterpiece, with SRK delivering hos career-best performance.

Some movies of Kashyap are good.. Dibakar is good too 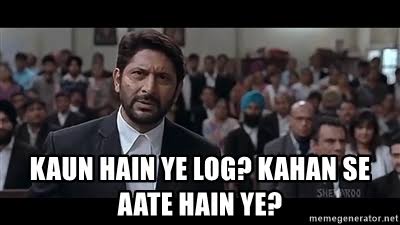 Edited by TrustNo1 - 1 months ago
0 Likes this
REPLY QUOTE

Anurag Basu. He copies from time to time but he has a quirky, pleasant way of presenting his stories and I love that. His characters are always interesting. Along with his movies I loved his series on Tagore stories.

Shoojit Sircar Maybe I am just biased because I am Bengali but I love this man's way of story telling as well. Like Anurag, his characters are also unconventional but in a completely different way. His characters are not pleasant people, they are weird, complex, sometimes downright unlikable and annoying but he makes them so interesting.

Anubhav Sinha I like almost all his movies, even the ones that didn't do well.

Zoya Akhter she is a really cool movie director. Before Gully Boy I thought her characters the coolest but kind of lacked depth, but Gully boy was great and she won me over completely

Sriram Raghavan. I like all of his movies except Agent Vinod. His protagonist is never lily-white(in fact circumstances sometimes turn them into monsters making them do things which would have horrified them at the start of the movie. The twists and turns keep you on your toes and his little homage to old Hindi movies is so cute. I would watch any movie of his without caring about the cast or even without watching the trailer.

Ashutosh Gowariker. So long as it's a historical -and documented history at that. (That much I learned from Mohenjo Daro). I love the way he picks and chooses interesting tidbits from history to make his characters real and complex. The spectacular sets never overwhelm the story or characters. I wish he was doing Takht instead of Karan Johar who's sure to turn it to a soap opera.