A/N: This OS dedicated to my friend Anu. This is my way of congratulating her for her remarkable achievements. Years ago, I wrote a TS called Moments of love and this mad girl still hasn't gotten over it so I decided to write an OS quite similar to that. I hope you would enjoy this Anu and so would the other MOL lovers, Mahi, Mili, Srutha and others. 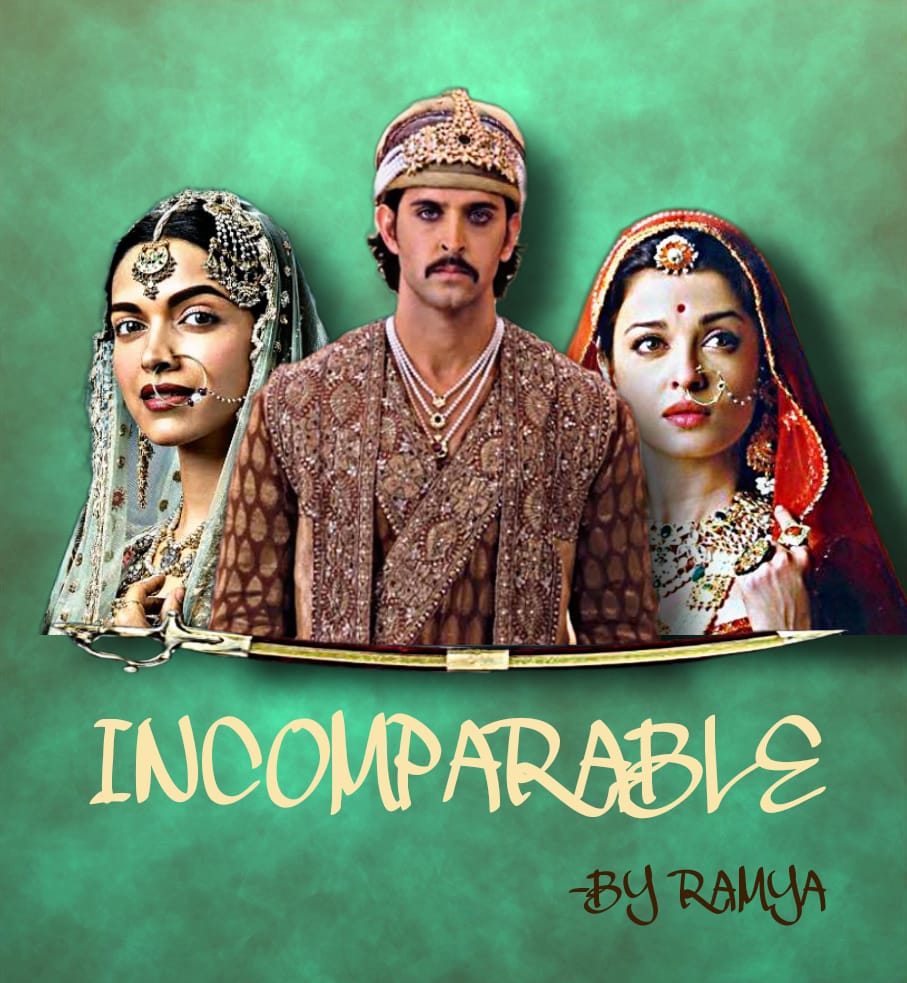 She stood there by the window of her chamber, watching. Outside, the afternoon was pulling the mighty, magnificent mughal capital into a warm, loving embrace; acting as a temporary saviour from the chilly winds that tormented it throughout the long winter months. She smiled as its warmth and benevolence touched her, then turned to look at her newborn son.

He was sleeping peacefully in his cradle and she gazed long at him from where she was, her shadow towering over him protectively. Afternoon was that time of the day when she largely preferred her own company and usually sent her attendants away but she knew he wasn't to leave her side now, at least for a couple of years and that somehow only made her happier by the moment. She was in awe of all the colors the bundle of joy had already painted her and her Shehanshah's life with and she knew there would be a lot more colors coming, each one as vibrant and exquisite. She walked back to his side and sat on the bed, looking at him in adoration, her mind in blissful thought.

"Jodha begum?" A familiar whisper resounded in the doorway, leaving her startled, "Can I speak to you for a bit?"
"Ruqaiya begum? Come, come in!" She exclaimed, half surprised, half bewildered at her arrival.

As Ruqaiya occupied the seat beside her, she looked at her intently and in anticipation.

"Jodha begum," Ruqaiya continued whispering lest she would wake up the little prince, "I have come here to express my heartfelt gratitude."
"Gratitude? For what Ruqaiya begum?" Quizzed Jodha, wholeheartedly curious. She too kept her voice low, mindfully acknowledging Ruqaiya's demeanor and her care for little Salim.
"You have blessed this empire with an heir, and our Shehanshah with a son and thus, his dream of becoming a father with a beautiful reality." Ruqaiya asserted with a genuine smile.
"What are you even saying Ruqaiya begum? These is no need to be grateful! Isn't this also about my relationship with Shehanshah, our love and happiness and my duty as his queen?" Asked Jodha, rather astonished.
"It is, but I feel so deeply contented seeing Shehanshah's ardent desires coming true that I find myself indebted to you and could not do without conveying the same." Said Ruqaiya, decidedly, her eyes welling up slightly.

She groaned inaudibly in the pain of a wound that was quite cautiously and cleverly hidden underneath her seemingly impregnable persona, a wound that had refused to heal for many many years and still continued to do so. As she looked at Salim's sleeping form, an image of her daughter appeared in front of her mind's eye, a daughter she had tragically lost in a woeful war against heartless fate.

"You do love Shehanshah a lot, don't you?" Asked Jodha, eyeing her carefully.
"I do," Confessed Ruqaiya, "Alas, his eyes can never carry the same amount of love when he looks at me as they do when he looks at you." She further declared, ruefully. She had unknowingly made her agony a bit evident much to her dismay, immediately afterwards.
"Well I can say the same thing to you, Ruqaiya begum," said Jodha, pondering, "I can say that he can never look at me with so much of trust and reverence in his eyes like he looks at you. You have been his confidant for too long and he really looks up to you and tells you everything. You probably know him way more than me."
"Oh that I do," Agreed Ruqaiya, beaming and smiling again, "That is very true, Jodha Begum. And you, you really are so kind and pure and large-hearted. For a long time, envy has hindered my admittance of all of these admirable qualities of yours."
"I understand Ruqaiya begum. When I married him, I knew he was already married. I knew I was to share him with many others and hence it was easy for me to do so. However when you married him, even though you had an inkling about the crown prince having to marry others, you were his only wife for a very long time and your young heart got accustomed to having him all for yourself. And that is why it was even more gruelling for you to see him enter into nuptials with other princesses."
"You are absolutely right, Jodha," she accepted, "and it is truly amazing how you understand people and their many emotions. It was difficult for me but I learnt to share him, bearing in mind that I was still somehow indispensible to him. I use my pride to shield my heart and all of my power and stature to flatter it but it still only ever wishes to see my Jalal being joyful."
Now, holding her head up and wearing a stern look, she continued, "And since you have contributed towards his being joyful, I shall try to be a bit friendly with you from now on."
Jodha burst into a giggle at this then exclaimed, "Well thank you, Ruqaiya begum. And we, we are each irreplaceable in his life, each equally special, each incomparable."
"We are!" Ruqaiya concurred, "I shall take your leave now Jodha begum. I have to go now and meet Hamida ammi jaan. Khuda Hafiz!"  She greeted, leaving.
"Pranaam Ruqaiya begum." Jodha greeted back and watched her leave, thanking the lord in her heart of hearts for today two queens of the Emperor of Hindustan had each found a friend in the other.

Aww this is such a beautiful piece! Loved to see the two women bonding over their husband! <3

This was SO BEAUTIFUL

I wish it continued longer!

You truly have something for JA and RuqLal isn't it! Magical again!

....the forum is still active after 7 yrs

and OLD MEMBERS are also coming back

Aww Anu doll, first of all sorry for replying so late to the comments here. I really should have done this before but life got in the way. But thank you, thank you for all the love you give to MoL❤️❤️ I am so so glad you enjoyed it!