A few weeks ago, we had reported how Yash Raj Films, one of the premiere productions houses of Bollywood, has decided to not follow the current trend of releasing films directly on digital platforms. With theatres shut since mid-March and no clarity as to when government will allow them to resume operations, a few filmmakers have taken the offer to skip theatrical release and stream their upcoming movie on OTT platform instead. But a few studios like YRF refused to be a part of this trend. 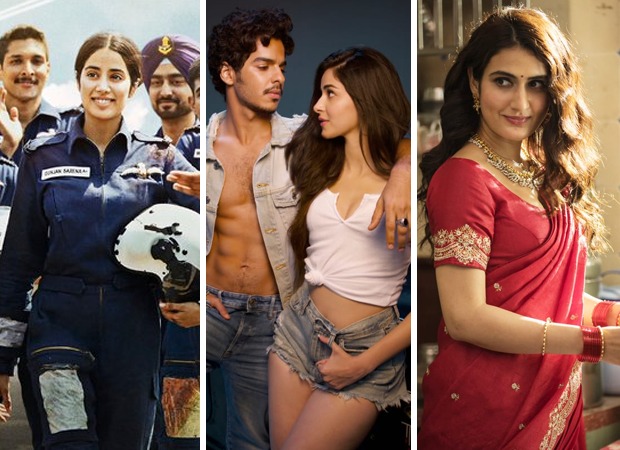 And now, it has come to light that Zee Studios too has decided to follow suit. Except for Gunjan Saxena – The Kargil Girl, they have decided to hold on to their other films for theatrical release. A source reveals, “Zee Studios has some significant films lined up for release like Maidaan, Gunjan Saxena – The Kargil Girl, Khaali Peeli and Suraj Pe Mangal Bhari. The trend nowadays is to put smaller and mid-sized films on OTT. Hence, Maidaan is ruled out as it’s one of the biggest forthcoming films. But there were talks that its other films might take the OTT bait. But it has now emerged that Khaali Peeli and Suraj Pe Mangal Bhari will be releasing in cinemas first. Khaali Peeli, in fact, would be one of the first films to release once theatres are given permission to function.”

A trade expert says, “I am sure Zee Studios must have been approached by various OTT giants and they must have given them tempting offers. Yet, it’s commendable that they have decided to hold the release of their films until theatres reopen.”

Talking about Gunjan Saxena – The Kargil Girl, the source tells, “It was the call of Karan Johar’s Dharma Productions, who has also produced the film. They have been feeling the pinch of the lockdown and needed cash flow to pay off the salaries of staff and bear other costs. Hence, when they got a good offer from Netflix, they decided to sell the film to the online giant. The revenue they have received covers their entire cost and also ensures profitability.”

The source continues, “Karan Johar and Zee Studios had planned to release this film in April. By February-end, the censor formalities were also complete and the team had also cut a nice trailer of the film. But in March, things changed for the worse and then on March 24, the lockdown was announced. It was a tough decision for them but they had to go for it, considering the situation.”

Before signing off, the source adds, “The CBFC had in fact passed the film with ‘U’ certificate and no cuts. It’s just 1 hours 50 minutes long and has a great story to tell. Even the performances of all, including Janhvi Kapoor, are terrific. Audiences will surely enjoy this flick whenever it releases on Netflix.”

Besides Janhvi Kapoor, Gunjan Saxena – The Kargil Girl also stars Pankaj Tripathi and Angad Bedi and is directed by debutant Sharan Sharma. It tells the true story of Gunjan Saxena, one of India’s first female combat aviators to be posted in Kargil during the 1999 war. For her show of courage, she was awarded the Shaurya Chakra as well.

Kjo needs money...has he put everything into Brahmastra?

Boney is one of the producers of Maidaan.

I didnt know it has Ajay in lead. I havent read anything abt this 1.