The Two Shot Contest |Round Two|

Hello everyone! We hope you had blast in the previous round. Now its time for round two ie the final round of the contest. Again, there are some rules to be followed before jumping ahead.

1) A PM has been sent to you with an entry of a fellow participant along with the genre. All you would have to do is complete the one shot. Which means you would have to write the second part for the os you have received through PM.

2) Keep in mind that you have received PMs in order to keep it anonymous. Do not try to find out who the entry belongs to. Once again it's an individual round, you can not discuss your entry with anyone.

3) You would have to continue the one shot in any way you feel suitable. But maintain the same genre, same tense, same tone (person) and use the same characters which have been used in the one shot. You can add new characters as well according to the way you continue the story but include the old characters too.

Example : if the entry you have received is

As Dakota lay on the ground, wounded by the gun shot she said, "I did not expect that. Of all the things I could predict, I did not see this coming."

Then you would have to continue

Dan ran towards Dakota and pulled in his arms. He cried as she placed her blood smeared hands on his face...

As you can see the tense is same. Both the shots have been written in third person and the second writer has added a new character too.

4) You would have to end the one shot. You can end it however you would like.

There is no need for a title as both shots will be counted as a single story.

Tip for the round, read the one shot properly. Once you are thorough with it, it would be easier for you to continue the same.

All the entries must be submitted by 27th March 2020 at 11:59 IST to ContestEntries by PM with the subject "TS R2 Entry".
Do not post your entry anywhere.

Any queries can be either posted in the thread or PM-ed to any one of us ( Koeli_Appy, MsChanadlerBong, .iridescence.) 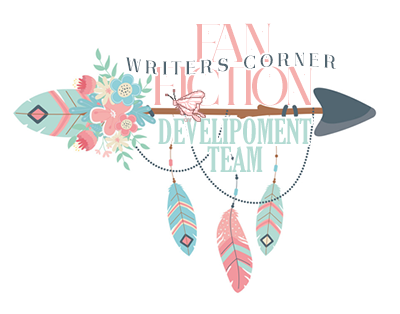 Edited by MsChanadlerBong - 3 months ago
8 Likes this

Excited to see which story will I get.

Quite excited to know who takes up my story

Make me proud, you guys

I got the genre I have never worked on before

But everything has a first time

I will try my best to match my fellow participant

All the best yo everyone

Eager to know which genre 'S story I'll get

Al the best for round two guys..