episode begins with Meenu questioning Nish about Abir’s whereabouts..but he does not provide any helpful clues n diverts Meenu’s attention ..she leaves angrily . He hopes  Abir was rescued by someone ..

At lake side the sadhus get a doc to check Abir n he finds Abir’s lungs full of water n he needed hosp treatment ....they try to look for his name /ID

They find a hospital report in Abir’s pocket ... i

The name on it is ‘Nishant’ doc calls up City hosp to know what treatment Nish was getting n what was his ailment .

At MH Kunal is ready a mandap .. Kuhu returns from Mishti’s room to inform Mishti was missing . Jasmeet is in disbelief .

BM declares Mishti loved Abir .asks BP not to imprison Mishti in a cage ..let her fly freely like a bird .. not to force this marriage on Mishti ... BP denies all accusations

BM then asks him why did Mishti feel obliged to go ahead with this marriage so that she does not let them feel betrayed by her .
Nish is worried ... Jasmeet is upset

BM reveals that she set Mishti free to fly out of this cage n never return back into this restraining house n feel obliged or indebted to them for anything .
BP accuses Rajshri that she had got carried away in her affections and betrayed him n the family n Nishant too .

She taken away BP’s rights to do kanya daan

Mishti is running on a deserted road trying to hire a veh to reach Abir but fails ..with great difficulty she manages to get a scooty in exchange of one of her necklaces .She tries to track Zabir but gets error ...

She rushes to find Abir ...she prays to Devi MA on the way .. she reaches RH n decides to declare her love for Abir . pat MH all begin to trace Mishti

At lake side doc discovers Nishant was drug addict n administers heavy medication to revive him .. Abir wakes up n refuses treatment , he states his name was not Nishant but Abir RAjwansh .All get taken aback .. Abir then wants to go .. doc advises him to rest as he needed trt ...he escapes n speeds away in the ambulance ...he reaches Mandir

BM, BP and Nishant n Shaurya decide to meet Mishti before she met Abir .Varsha accompanies ..Nishant is at the wheels 🚘.he gets scared as BM asks BP to inform police . He gets scared of arrest if police discover he caused Abir’s accident .

Mishti reaches RH in her bridal dress n asks for Abir .. Jugnu n Naanu have no idea .... she tracks Abir’s phone n rushes to meet him .she reaches lake side n looks for him but it’s deserted . She hears an ambulance driving away ... she runs after it ..she meets the sadhus n paramedics who inform her that Abir was running away in their ambulance n he was very sick from drowning .....also ask her if she was that jhumkey waali ...Mishti gets emotional for Abir .

Meenu feels Nishant has a hand in Abir’s disappearance ..

Mishti reaches the Mandir n finds the ambulance.. she climbs to its roof top n shouts for Abir .. soon Abir calls out Mishti

MisBir get emotional as they reunite on Ambulance roof top .. they hug tightly but they are Interrupted by the arrival of both families ..

Waiting for the Friday surprise

Thanks Suta for the thread and Naina/Diyu for the updates

Edited by SheThought - 2 months ago
5 Likes this
REPLY QUOTE

Suta thank you for the thread dear

Just landed back at airport. Will take me about half an hour to get home and watch the episode. if you are able to please give the update. Will miss all the bhaag mishti bhaag... 😬

Just landed back at airport. Will take me about half an hour to get home and watch the episode. if you are able to please give the update. Will miss all the bhaag mishti bhaag... 😬

haha it will be worth the wait dear..

Nandu where are you... 3 idiots theory came true yaar... 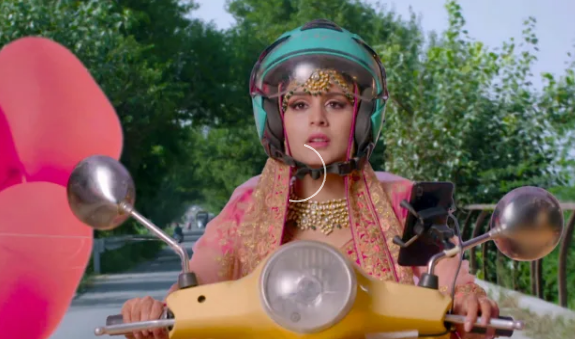 Nandu where are you... 3 idiots theory came true yaar...

exclusive
Exclusive After Mohsin Khan, Shaheer Sheikh Shoots amidst the lockdown for Yeh ...