Deepika Padukone and Hrithik Roshan Pair Up for Krrish 4?

The long wait seems to have come to an end as Deepika Padukone and Hrithik Roshan are to be paired together in Krrish 4, as per recent reports... 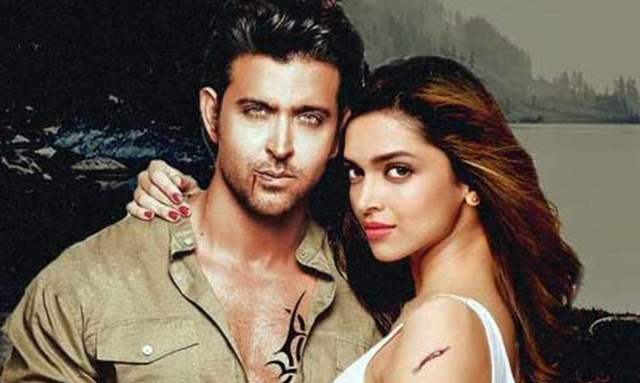 Deepika Padukone and Hrithik Roshan’s recent camaraderie on social media had got their fans excited and awaited to see them together on the big screen.

In fact, there were high speculations that Hrithik will be playing Lord Krishna, while Deepika is all set to play the role of her lifetime as Draupadi in the mythological drama, Mahabharat. However, the actress had later rubbished all such reports and stated that she is looking forward to working with him in the future.

Earlier, during Chhapaak interviews, when she was asked whether any filmmaker has approached the duo for a film, Padukone had said, “I mean not yet, but I’m hoping some writer or director somewhere has seen that and is thinking of some sort of script with the two of us. We both hope, in fact, the same night (when the video was made) we were talking and we both look forward to working with each other. So yea, let’s hope for something amazing will happen for us.”

Looks like the wait is over and fans will soon be able to see the lovely pair together in a film as a Bollywood Hungama report states that Deepika is likely to be a part of the next Hrithik Roshan starrer Krrish 4.

The report quoted a source as saying: “It is almost certain that Priyanka Chopra Jonas who played the female lead with Hrithik Roshan in the previous Krrish films, won’t be back in the fourth segment. Hrithik and his father Rakesh Roshan are keen to rope Deepika Padukone in. But the role would have to justify her presence. Only then would she agree to get into the franchise.”

While there is no official confirmation about the same, this news will undoubtedly leave the fans excited and eager to see this pair on the silver screen.

Edited by .Lonewalker. - 2 months ago
0 Likes this
REPLY QUOTE

Can Hrithik just stop doing movies with his father.

It really sucks how easily female characters are written out in sequels, barring a few exceptions.

*facepalm* anyone who will believe in this article.

Deepika has been continuously clawing at a chance of movie with HR after WAR, now with Chhaapak's failure it's going to get vigorous.

The last paragraph says where it's coming from.

And they can not just remove PC from the franchise. She plays his wife, maybe a much shorter role. Sadly!

Edited by UmeraT - 2 months ago
0 Likes this
REPLY QUOTE