Tag line ....While Maya lays down a challenge to Rudra ...he tries to figure out her intentions ..

Episode begins with Rudra face to face with wrestler in fight arena /fight club .. maya watching his every move closely

Fighting begins .. both seem invincible in the beginning but soon the professional wrestler starts getting tipper hand ,,Rudra remembers Maya had challenged him to keep fighting for at least 4:44 mins ..if he failed he would lose challenge

Soon Rudra is bleeding n almost semiconscious ..maya asks him to accept defeat ..she will call off the fight ,,he can rescue his company using his rich  dad’s money .. Rudra Remembers his own promise to Ananya to save the company at any cost ..

during the fight he falls into water .maya is scared as she gets FB scenes of herself going thru the similar torture by falling into water / getting thrown into water by her tormentor getting slapped & hit on the face ... begging thrown to the floor etc ... ..

Rudra says this was cheating as he was still fighting ....she probably loved watching blood flowing .. she says every drop of blood had its own story n it’s importance

Rudra is displeased at her calling off the fight .

Maya states she just wanted to see his commitment persistence .... n she had seen what she wanted n

Right then he gets a call on mobile ..he ignores it ..

Maya asks him to take that call it might be important ..she walks away as he takes The call

It’s from elated Ananya I forming him that they had got Maya’s contract n money was deposited by investors .. they got Maya’s signed contract deal .. Rudra is shocked

Maya refuses to understand why god created her .. why he made her go thru all this .. she accepted everything in life as Prasad

rudra reaches office .. he gets a call from Ananya and they share happy banter .. .next moment she is shocked to see NJ at office ,,he looks at her questioningly ... but she disclosed that they had signed a writer for three yrs n investors had given money because  of that .

Rudra reaches office n is taken aback to find Maya in his office chair ,,he orders her out ,,this was his office ,, he did give her his three days .. now he had signed her as writer for the next three years

She needed to seek his permission to enter .. if he permitted his writer then only she could enter

Maya rises n walks out .. she shuts the door after her ..knocks .. he asks who is that!! She replies she was his investor .. Rudra is shocked to hear she was the one who had invested the entire amount in his company n now she party owned it ..she was his boss now .. ,,she wilL not need any permission now ...

Rudra is shocked n rechecks  the legal contract ...  Maya now occupies his chair ... she takes her seat n reminds him that it was HIS turn to knock the door before entering .rudra in a fit of fury confronts her in her chair .... He says he still had his self respect n considers none greater than his self respect  neither his investor nor his dad ..

he tells her that he needed neither her or his money or her deal / contract ..he tears up that contract legal document by putting it into the shredder .... .. he walks out with a determination .. maya thinks that soon she was going to become the most important thing in his life .a necessity that he would soon  crave for ..

MJ asks Ananya to reveal who was their investor as he was being protective n did not wish to see them in trouble .. Ananya is reluctant to reveal ..she just states that this investor was their necessity .. MJ wants to check the BG of their investor ..

Ananya did not wish to break Rudra’s trust .. she was checking the BG of their investor .. Ananya leaves . 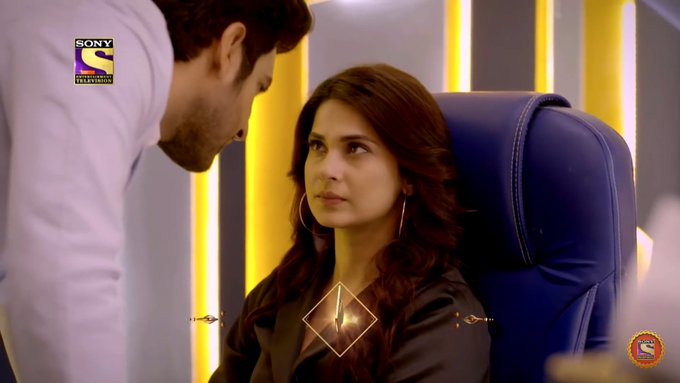 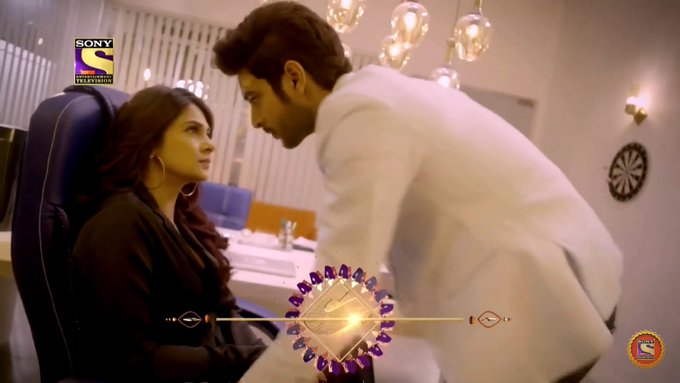 Maya tells Rudra .. that deal was still open .just tearing of the legal document did not scrap it ..... that it was his choice to sign deal with her or let it go ..he could not force him to do something he was unwilling .. Rudra is unwilling to sell his office at her price ,, maya asks did he ever put a price on any one in his life .maya gets FBs of the scene when her molestator showered  currency notes on her n asks her to quote her price ..RB ends ..

Maya says if he ever decided to sign deal with her he could come to her ..it would be his victory .. without her he would lose .. she drives away ..

in her car Maya thinks that Rudra better sign that deal so that she could proceed in her game plan .. she could trap Rudra in her Revenge mission.

Rudra asks Ananya to let their investor remain u der wraps if he wanted to remain behind the scenes why force him to come out ??

Ananya is feeling worried as their office has been thronged by reporters who are waiting in unprecedented numbers to meet their new investor ... Rudra is shocked to hear this n rushes to do damage control

MJ smiles at the way things were going just as he expected ...

... poor I cant see him go through so much torture and hurt

... poor I cant see him go through so much torture and hurt

If he wins he will be victorious! The win will boost his confidence!

But if he loses, he will win the heart of Maya! Maybe get some pampering from the newly found tender-hearted Maya! Both ways he will be the winner and Maya will be the loser, either her heart or the bet!!

Thanks in advance Suta!

Edited by Armu4eva - 2 months ago
4 Likes this

Thanks in advance Suta!

If he wins he will be victorious! The win will boost his confidence!

But if he loses, he will win the heart of Maya! Maybe get some pampering from the newly found tender-hearted Maya! Both ways he will be the winner and Maya will be the loser, either her heart or the bet!!

I think He might lose ... he will get TLC from Maya n she will lose her heart  to him 💕😍

I think He might lose ... he will get TLC from Maya n she will lose her heart  to him 💕😍