.Epi 195 ...Abir confesses his feelings to Meenu n Kunal in state of intoxication . 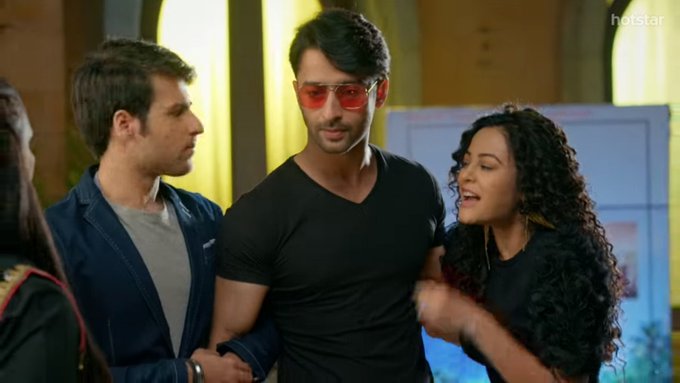 Mishti is celebrating the success of her plans n how she learnt Abir still loved her .

In his room Abir confesses his feelings in solitude.. that he was not as strong as he thought .. he still loved Mishti n failed to forget her . . He put on glasses to hide his feelings n smiled as if everything was awesome but nothing was awesome .. he regrets not being able to tell Mishti how much he loved her ..
he weeps as he stares at an ear ring n misses her ..but soon he collects himself n asks himself to be strong .

Near the bonfire Mishti promises she will not feel weak n neither let Abir weaken .. .. their love story will not remain incomplete ...

Kunal then confronts Abir over his feelings for Mishti n how disturbed he must be seeing her around .. he consoles Abir .

Abir over hears KuKu discussing his Mishti was missing ..she was nowhere in the resort ,she did a similar disappearing act at he gordhana too ...

Kuhu contacts Mishti On phone n expresses her frustrations ... how she was tired of hiding her from Meenu ... how she was affecting Abir  .. ..Mishti is surprised to learn Meenu was here ..n asks Kuhu not to hide her any more .. she was capable of fighting her own wars ..

Mishti walks into the wilderness n hopes Abir would track her n look for her ..

as Mishti is talking she falls into a ditch .

Abir rescues Mishti from the deep ditch ... He climbs into the ditch holding roots of banyan trees ..

Thanks for the thread Suta 🤗

Diyu, waiting for you

Good morning/ evening lovelies! Thank you for the thread Suta🤗

Hmmm... Thank you Diyu for update❤️🤗

Thanks Suta for thread

wapas lo .. you are saving us by giving LU.