The episode begins with Rishi enjoying viewing his mobile .. he is admiring a neck piece ... when Rudra come n snatches his phone n presumes he lived feminine jewellery .. he accepts his choice ,, Rishi is disgusted n protests ..Rudra assures it was OK he would gift them to him ... Rishi says he was buying for a girl

Rudra remarks he was starting very fast ..Rishi remarks that if he follows Elder bro he would make his girls wait all life like Ananya

Rudra says Anu was his friend colleague ..he did not love her ,, Rishi then asks if he loved any one else ,,Rudra gets flashes of Maya ,, but does not reveal it to Rishi .

Maya is penning down her plans to destroy the two brothers ... 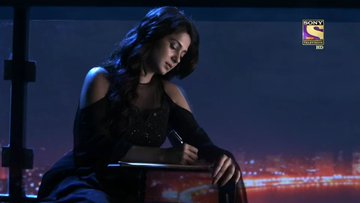 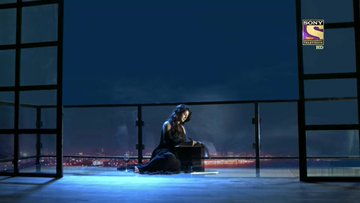 Rudra is missed at home ..since he left for work very early ..

he reaches fish market ,,he gets call from Ananya .. maya snatches the phone from him n warns no distractions at work ... Rudra is shocked as she chucks the phone into a tub full of live fishes in water . he complains n confronts her angrily ...she asks him to chose himself .. he could walk out of the contract /deal .. he would lose Maya’s deal 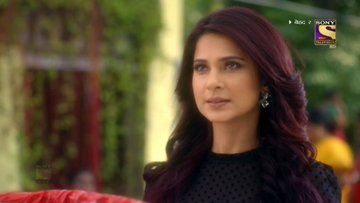 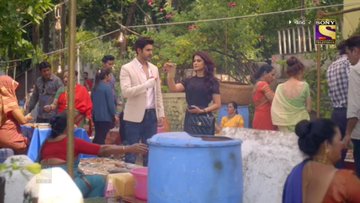 Rudra resigns to Maya’s terms she  warns next 3 days only she could Qs him n he was answerable only to her , .. Rudra explains how they were not equal .. so he would rethink about their deal

Ananya n Rishi try to contact Rudra but his mobile is switched off .. she informs his bhai had sold himself for 3 days ,,

At fish market Maya talks of how fishes could be easily trapped ,,Rudra retorts that as long as they lived they struggled to free themselves

Maya says it was only as long as they loved !!
if he wanted Maya’s deal he had to prove himself for to meet her standards !! Rudra is shocked ..

rishi has bought a bracelet n shows it to his mom ..Antara is thrilled her son bought a gift for her ....he informs  that it was not for mom it was for her bahu .. ..MJ n Antara are taken aback by his  confessions ..they Qs he but he cooks up a story ... Is was for his friend Shilpa’s birthday ..

Antara is shocked that the guy who never ever spent a single penny on his own mom was spending so much on another girl !!

MJ states some one had come between them n their son ..

Maya is keeping close watch on Rudra   as he sells fish at fish market .... he fools customers by his cooked up stories n sells all his fishes .. Maya is impressed .. some on is recording his activities secretly ...

Rudra dreams of Maya dressed as Marathi fisherwoman ... he wonders how she was coming in his dreams in her dress code ..Black !! 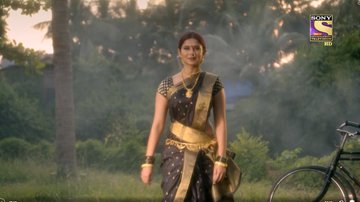 MJ probes Ananya n tries to learn about Rudra ,,but she discloses nothing ..she did not wish to break her friends trust ,,but assures she will neveR allow him to follow any wrong path .. she leaves .. Disappointed MJ asks Amir to track Rudra’s every movement n give him detailed information ..

At the end of the day Rudra has collected more that Maya asked for ,, but she is displeased ,, she expected more ... she speeds away splashing muddy water on him .. 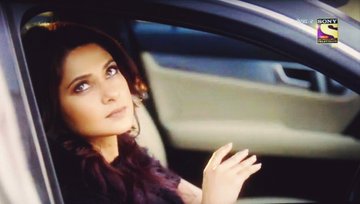 At Roy mansion as the family is sitting for dinner they are shocked to see live telecast of Famous Business man’s elder son Rudra selling fish at fish market ,. Rich people’s strange activities  .. remarks the reporter .. soon Rudra return shim n is confronted by MJ .. he retorts back n refuses to divulge anything n supports his actions asks them to trust him

MJ asks Amir to find out who was forcing his son to do these disgusting activities as it was not his son’s usual behaviour ,, he better meet the person coercing his Rudra ...

Rudra confronts MJ n asks him not to bother him .. he was not answerable to MJ he was neither his employee or servant ...neither his family or his investment ..., MJ did not own him .. nor had rights to question his moves .. whether he lives or dies was none of MJ’s concern !!

Antara asks him to be polite to his father .. He shouts at Antara not to bind him by her promises .. he had had enough .. he felt stifled in this house ..

Maya is informed by her informer how Rudra’s fish selling videos had become viral ..she is so pleased .. she recites Geeta shloka ,,

at Roy mansion MJ tells Amir that one of his son falls head over heels in love n the other was selling fish at fish market ,,he asks Amir to keep close watch on Rudra’s every move n keep him posted.. whom he meets..where all he visits etc .. Some one was forcing his son to do all these activities ..

,, ,, Rudra locates Maya coming down the make shift lift n she pretends to fall off the lift ,,Rudra is shocked n rushes to rescue her n puts his own life in danger ..

Ruthless Maya .. how desperate is Rudra to deal with This woman ?? Does he have no other options ?? He appears just desperate to separate from his bossy controlling So called dad .. it seems MJ could be his step dad

Edited by Sutapasima - 2 months ago
1 Likes this

He's publishing house is in going down the hill, so no, he has no other option.

Thank you Suta for the LU.

A fishy affair here and a costly gift there! Maya the damsel pretended as if she was in distress in front of  that damn dreamer, he was running behind that mirage to drown himself in that sweet love!!! Rishi is completely drowned now , not earlier when he was literally drowned for a purpose!

Rudra in his desperate moment transformed himself as a fish vendor to weave stories to sell his pride!! Very interesting.

In today's episode, she nets the large fish by throwing a little bait to catch that big fish!! But the fish is out of water that is thirsty, needs serious professional counseling, felt his Dad!! 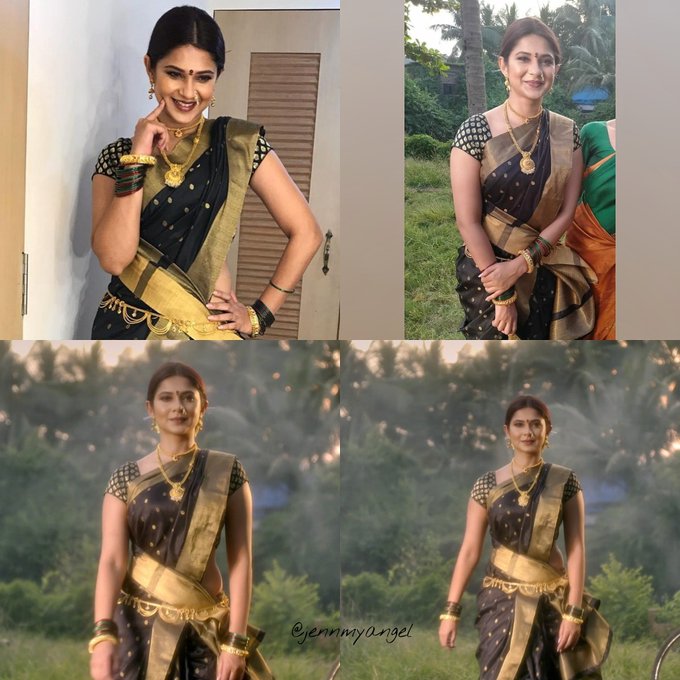 Edited by Sutapasima - 2 months ago
0 Likes this

The entire episode was full of surprises .. am so glad the news channels provide no spoilers ..