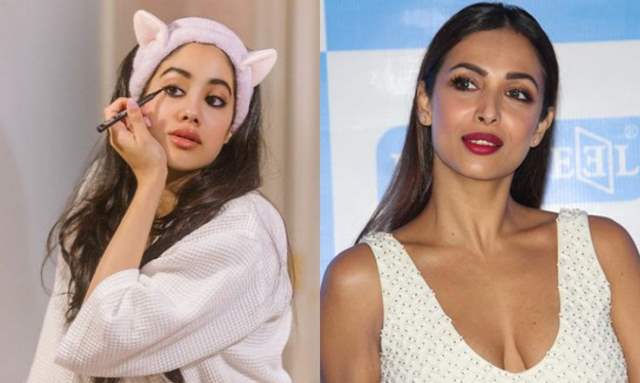 The Chhaiya Chhaiya star, Malaika Arora might be missing from the movies for a long time but is a constant name in the headlines. Right from her gym looks to her relationship with actor Arjun Kapoor, the actress is always been in the limelight.

In a recent episode of Neha Dhupia's show NoFilterNeha Season 4, Malaika got candid like never before and spilled some interesting industry secrets, her bond with Arjun, wedding plans and much much more. She had also revealed how she had to face bias in the industry during the initial days of her career and was categorized as ‘dark-skinned’.

Also Read: Malaika Arora was put into the Dark-skinned Category, says I care a f**k to Trolls

The host of the show, Neha Dhupia asked Malaika to play a fashion quiz and rate the Bollywood celebrities according to her. Malla had some really interesting numbers to give to her friends from the industry and turned the game real fun with her antics.

Apart from Janhvi, Malaika also gave her sister Amrita Arora a duck in her make-up skills and added that Amrita has indeed improved a lot after her make-up tutorials. She did not spare her beau Arjun as well, as she gave a duck to Arjun’s yoga skills but gave full marks to friend Kareena Kapoor’s dancing skills. The actress also showered full marks to Karan Johar and Kirron Kher for their fashion sense.

Seems like it was delebrate to make it funny but why she gave her 4 and then changed to 0? Dekh k hi samaj ayega.

She gave zero to everyone except kareena