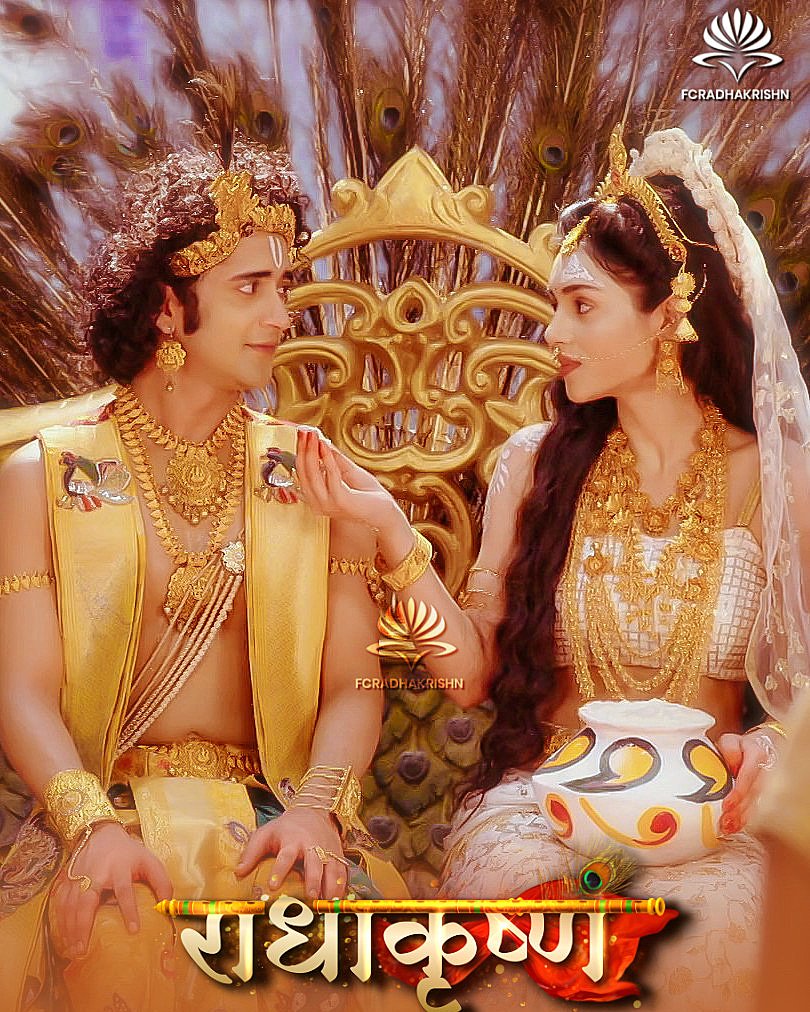 At all times  *ATTN.- Guidelines/Rules/Specifications/etc* rules will apply & India-Forums.com- Participation Guidelines & Rules  will be in effect.

We hereby hope that all of you will abide by these rules.

We hope to have everyone's understanding,

Edited by Sutapasima - 7 months ago
2 Likes this

Credits to Madhuri for coining the title of this  thread

Edited by Sutapasima - 7 months ago
1 Likes this

You all just made my day.

Because of all our learned friends' lively discussions this thread got the highest viewership so far!! 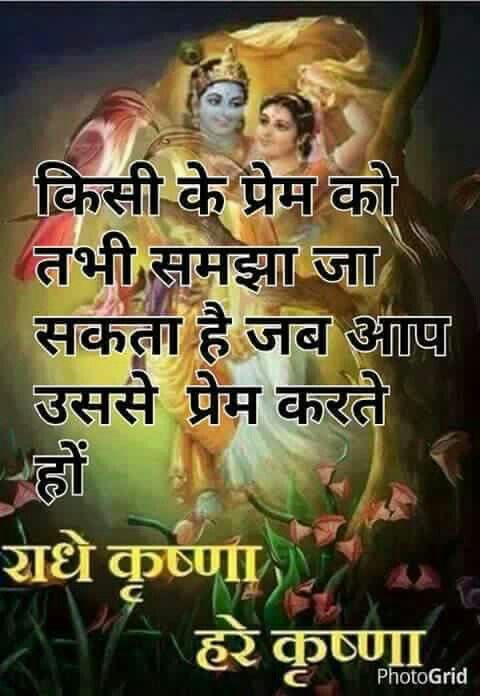 Thank you Suta for the new link.

Welcome friends to have a glimpse of some heartfelt quivers on RadhaKrishna love to share with your friends. 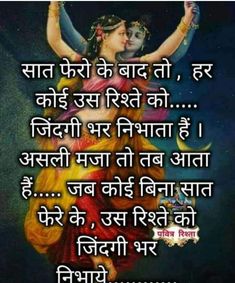 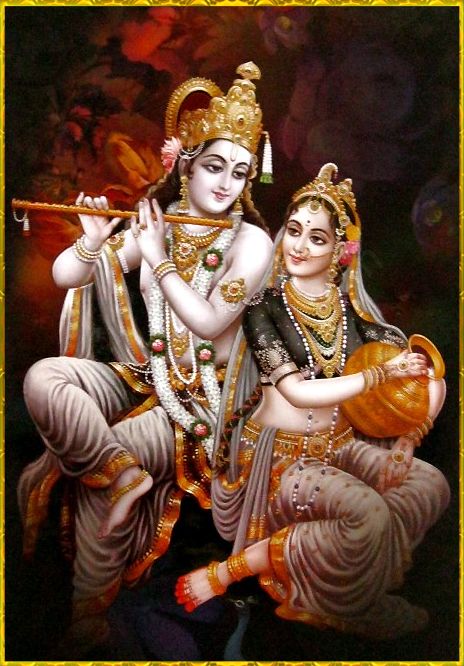 Is RK going to end? Just asked because of the talk of Krishna going to Mathura.

Edited by vyapti - 7 months ago
1 Likes this

Replying from the last thread

You are a questioning atheist, a theist who is acknowledging the all --pervasive love towards life with all those associated mysteries , without that religious fanatism and spiritual lenience, you are  an agnostic at times , but with your inquisitive mind, always searching for that something which you want to know what it is!!!

What is God ?
What is Evolution ?

Ancient and vital and more importantly beautiful questions you brought up. Let me add one more to the list---->

Who are you ? or Rather who am I ? Who is Gayatri or Who is Suta ? Can we answer these 4 questions with one answer ? We can't. Because we are four different individuals with different moral ethics, beliefs, interests among many things.

But what if I answer the second question as----I am only a point on a spinning and boiling magnetic sphere having a cold hard exterior and an attached gaseous surrounding which itself is spinning around another massive spinning fireball in the great vacuum ?

Let me answer all the four questions I aroused with a single word----MIRACLE.

I am a Miracle. You are a Miracle. So is Suta. And So is Gayatri. I don't know Sumi personally but I am sure she is one helluva miracle too.

But if we are miraculous points in a weird lava-ball, what about the vast blue sky that gets orange twice a day ?----miracle or god's doing ? Or God is a miracle too ?

Let's think about all 3 questions together and find out whether they can be interlinked-----God, Evolution & Science.

If we think about how it started, We can see the emergence of Pashupati and plenty of phallus worship from the cave pictures in ancient times. Pashupati Mahadeva----wears animal skin, holds a hunting trident, lives in the mountains inside a cave, masculine, rough long hair---he still kind of looks like the ancient cavemen. Doesn't he ? So the artist who painted him for the first time----who did he paint ? Himself, his clan leader or a God he saw in his dream ? Well that's an answer we can never find answer of. But within our knowledge, it was the start of the evolution of God.

Then came the Aryan period and Gods like Indra, Varun, Pawan etc. found their relevance. The gods that represented Thunder, flood and storm. Why were these chosen as the entities to be worshiped ? Just because humans were scared of natural calamities ? or because they were more curious than scared ? They wanted to know the reasons behind the calamities. They couldn't find out rational answers so they expanded their imagination and satisfied themselves with stories that gave them answers ?
Days passed by. Some humans emerged who were not ready to grant these answers and applied the more rational approach and found out the scientific reasons. But what drove them to find those answers ? Curiosity, isn't it ? And did the first scientist had the practical proof of his discovery ? Did Aryabhatt have a telescope to see that the earth revolves around the sun or was it a hypothesis or rather imagination ?

So if we think about the Evolution of God and Science, both had the same driving forces-- curiosity and imagination in the mind of a point in a spinning magnet......Miracle !! Yes their approach and application were different (the former driven by mostly emotional intelligence and the later by mostly rationality. Though the vice versa must have also happened in times. I am only talking about the root of all the driving forces )

In between all these, the power play entered the religious sector during Aryan and later in the vedic culture. The caste system, the dominance of the brahmanical society, the emergence of the Jains and the Buddhists etc. You talked about religious obsession in your post and described it beautifully. So I will not get into that.

Now the way you asked what is evolution, I wasn't clear what you were talking about ? Was it about how once we were apes and there were dynosaurs and now how some humans are still apes and we make movies after movies on dynosaurs ? Well just like the answer to what is life, what is mind, why are some people dumb beyond imagination, why serial killers kill, the answer can be that it's a miracle or it's just natural occurrence or it can have a scientific or philosophical or psychological explanation . We can talk from survival of the fittest to darwinian theories or how polar bears have dense fur because of the temperature. There are umpteenth of interesting books on evolution written by biologists and anthropologists alike. I am neither. So not getting into that as well.

If God is the driving force of the universe then God is an emotion. God is curiosity. God is the imagination that makes us appreciate the beauty of a red lotus playing peekaboo behind a mossy stone or the colorful rainbow in the grey sky. And most importantly what you said---- God is the little hope that the bleeding soldier has to play with his daughter again.

Evolution has brought us a long way since our ancestors lived in caves. But whenever I read about the paintings of the cavemen, whenever I see the pictures of dancing men holding hands represented by stick like figures made by an ancient artist, I get spellbound everytime. They danced and then took selfies. How amazing is that ?

When I look at the cave pictures of jumping kids and then my nephew jumps the same way into my lap, I feel awstruck. I feel weirdly related to that artist who might have been a woman like me who drew her little nephew.

I was very young when I came across the pictures about the toys found in the indus valley civilization. I was amazed. I ran to my mom and threw this silly question at her----you know, the indus valley kids also played with toys. Babies always needed toys.......!!    Well of course they did. Their tiny hands should be busy with something so that they don't break important things or eat dust. Shouldn't they ?

Like I said, God is a name. Name it whatever you want. Your answer will be never wrong.

We use carbon dating to figure out age of historical artifacts. And can you bet there was not atleast one scientist in ISRO who was praying to his God in his mind when Vikram was in the danger zone ? Well I can't.

This is why I said no one is against each other even though everyone has his/her own perspective. Just like all of us are points in the middle of nowhere but still everyone is different as per our own individuality. The only thing that matters is whether or not we are being respectful to other people's point of view when we disagree.

Humans always had the habit of assuming everything that's yet to be discovered and explained properly or everything that still needs plenty of research to be some celestial divine beings. I find it romantic at times because of the causes I said. But personally I rely on scientific research. The mohini dance and Rahu responsible for eclipse story is fun. But we know it's not true because we have the proper scientific explanation regarding that. Now lots of things are still under research. I won't call them God just because those don't yet have practical confirmation like solar or lunar eclipse. We are yet to explore lots of things. I will wait.

In a nutshell, the existence of life, nature or rather the universe itself is a miracle. We can just try to find out the 'WHYs' to quench our overwhelming curiosity. To some, the answer is always God. To others, scientific explanation does the deed. My guess is you lie in the intersection and I respect that flexibility.

About Kurukshetra- I know about the actual existence of the Kuru clan, the Bharat clan etc., their alliances, fights, bloodbaths etc. Even the pandava clan existed. Fictions are not always 100% fictional. The example I cited was about the inaccuracy of timeline.According to most historians, the Mahabharata was written during 10th BC to 4th cen AD in 3 phases. One person can't live for so long. As I said earlier that I don't believe in the existence of deities or eternal life or incarnations. There are many other arguments both for and against this matter. This is one of the wildest debates going on in today's world.

Stories are often inspired from real life. I have seen the underwater dwarka pics and the radioactivity argument regarding kurukshetra. I have also seen the innumerable debates against it being true. I chose to believe the later. But I am always flexible to be logically convinced otherwise.

We can get the knowledge of contemporary social, economic, political aspects of those times from the Puranas like we get ideas about the pre independence India from Bankimchandra's Anandamath. As I said, fictions are not always 100% fictional. It gets confusing at times because often the puranas are written from a forecasting perspective and I don't believe in soothsaying either, But still I am grateful that those were written. Either way-- the puranas, the epics, the kamasutra, the Sushruta------fiction and non fiction alike-----those are our ancient assets and I am proud and grateful to have those in my country.

All in all I loved what you said about me in the part quoted here. Thanks for such words. Though I won't call myself a theist in any way. Calling myself one would be hypocrisy from my side and wrong towards the real theists. You are right about me being agnostic at times. But I relate to atheism the most and that's why identify as one.

I typed this in laptop and got carried away. Now I realize how long it got. I am grateful for your patience. Love.

Edited by stormborn - 7 months ago
4 Likes this

Is RK going to end? Just asked because of the talk of Krishna going to Mathura.

Vyapti , as far as Jatila and Ayan have a story left to tell us , the RK serial will continue !!

I think they don't care about Krishna going to Mathura , as far as Radha is there to be tortured by Jat&Aya!!

Today's epi is a good one, both fitted cutely into each other's dress and roles to see the daily rigmaroles of each other!! exclusive
Exclusive Did you know Mallika Singh is related to this 'Dill Mill Gayye' Actor?

Here's how RadhaKrishn lead Mallika Singh is coping with quarantine

exclusive
Exclusive RadhaKrishn actor Sumedh Mudgalkar back to his house in Pune Admist ...

RadhaKrishn Actor Sumedh Mudgalkar is back on Social Media!