Dinesh Vijan has always been a dubious person but whats with Ayushman? Never understood why Ayush stole the script in the first place ...why not credit the original writer ? What harm would have been caused ?

Look what I found.. court case filed in March of this year.

Assistant director Kamal Kant Chandra has filed a police complaint against Ayushmann Khurrana and Bala's team. In the past, Kamal had accused Bala makers of plagiarising the film's story. 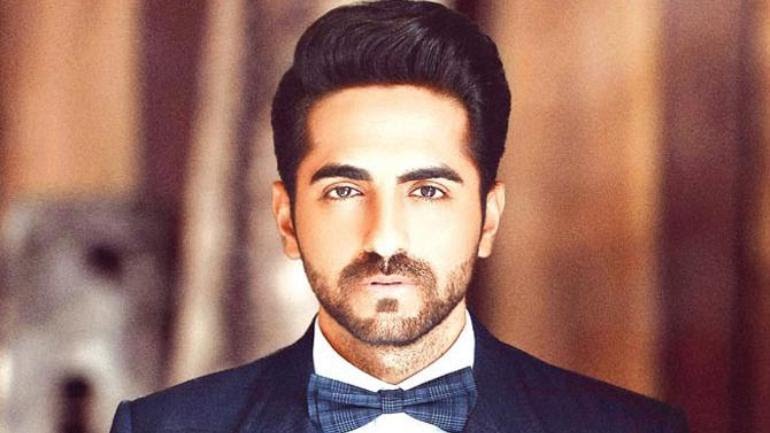 Ayushmann Khurrana is ready to treat his fans with another film on an offbeat subject of a man facing premature balding in Bala. But even before the actor kick-started the shooting of the film, it ran into trouble.

In March, a case was filed by assistant director Kamal Kant Chandra against the Vicky Donor actor along with director Amar Kaushik and producer Dinesh Vijan for allegedly plagiarising the story of Bala.

Now, Kamal has filed a criminal complaint under Section 420 (cheating) and 406 (breach of trust) against Ayushmann and the makers for shooting the film without waiting for the court's verdict.

According to a report in Mid-Day, Chandra says that in the last hearing on April 19, Ayushmann and his team's lawyer falsely mentioned that the film is in the scripting stage.

Kamal told the daily, "It's wrong to start shooting before the court has given its verdict. At the last hearing, they said that they would take time to develop the script. How did they start shooting in 15 days? This means they gave a misleading picture to the court. I approached the vacation bench four days ago, but they stated that I should wait for the next hearing on June 10. But the makers might finish [a chunk of

the film by then and argue that since a lot of money is at stake, the court should rule in their favour."

Kamal also says that he has messages from Ayushmann from 2017 which prove that the actor showed interest in the idea of the film. He said, "I registered my concept with Screen Writers' Association in 2016 while their script has been registered in 2018."

Talking to the daily, Ayushmann's legal team said, "What has been communicated to you is a malafide distortion of facts, specially with regard to the proceedings of April 9. Since the matter is sub-judice, we are not commenting any further. Our script is original, and we will show that to the court when the matter comes up."

The spokesperson of Maddock Films told the daily, "The court has neither granted relief to the plaintiff nor passed any order restraining us from going ahead with the movie."

In March, after Kamal filed complaint against Bala's team for plagiarism, Navbharat Times approached Amar Kaushik for his reaction. At that time, the daily quoted the director saying, "I have no idea about this, we have been scripting the story since the past four-five months. There is a possibility that the characters could be the same. I don’t know his script, nor have I met him. I have been writing this story since day one and it could be a tale about any balding man. And as far as the legal case is concerned, the producers will take care of it."

This is the real face of BW. Hota rehta hain aisa