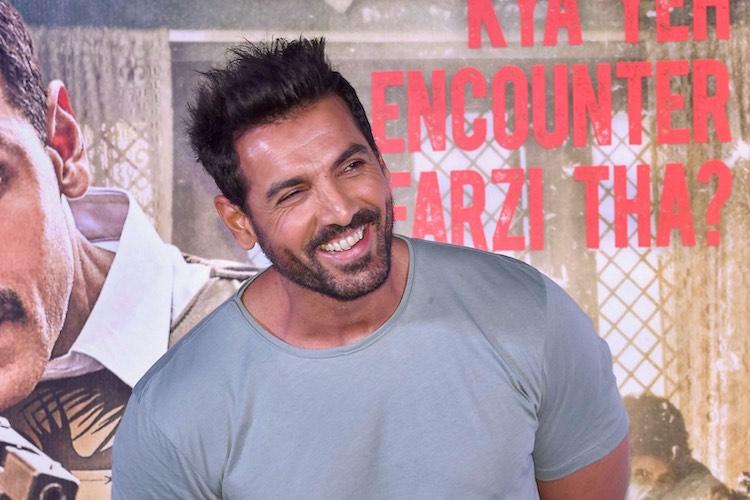 Actor John Abraham, who essayed lead roles in ‘nationalist’ films like Madras Cafe and Batla House, was recently asked why his home state Kerala has not been ‘Modi-fied’ yet. The actor, who hails from Kerala, was present at the launch of journalist and author Murali K Menon’s novel 'The God Who Loved Motorbikes.'

At the event, John was asked: “I don’t know your political leanings and I don’t want to get there now, but why do you think Kerala has not been Modified? What makes Keralites different from the rest of us?”

In response, John Abraham pointed out that in Kerala, all religions and communities co-exist peacefully.

“That’s the beauty of Kerala I think it is fantastic… you can see a temple, a mosque and a church within 10 metres of each other, peacefully coexisting without any problem whatsoever. There is absolutely no issue there,” he said.

He added that though the world is getting polarised, Kerala as a state believes in equality.

“Seeing what is happening to the world today – the entire world is getting very polarised - I think Kerala is an example of a place where religion and communities can coexist peacefully. I still remember when Fidel Castro passed away and I had gone to Kerala, that was the only state where they had his posters and hoardings all over to mourn his death. That is really communist and I see that in my father also. My father made me read a lot of Marxist philosophy and I went through a lot of stuff and there is a communist side in a lot of Mallus, as we call ourselves - and I think that is fantastic because we all believe for equitable living, we believe in equitable distribution of wealth and I think Kerala is a shining example of that,” he added.

Ughhh the vain superiority complex! Many Mandir n masjid' exist in same compound in my state we don't go brag about how we are so different n tolerant.

Modi has a crush on John. Mind nahin karega.

You can understand how accommodating Keralites are of different religions by the recent Sabarimala issue. Ofcourse not generalising. But when Muslims and Christians were trying to enter a temple just to denigrate our faith, how can you call it secular or whatever. How many Hindu women have protested against Sabarimala issue, did they listen to any of them? I've also seen how in particular they denigrate Hindu faith. You call this secular? Why do they have this superiority complex anyway?

Edited by KootyPai - 10 months ago
2 Likes this

Ughhh the vain superiority complex! Many Mandir n masjid' exist in same compound in my state we don't go brag about how we are so different n tolerant.

Exactly, my area has a mandir next to a mother Mary statue and a masjid is at around 20 metres distance..... I think this is normal in India.....

Didn't know he was from Kerala ... but there are many who display such sense of superiority for no reason at all!