Well, I always had high expectations from Ekta Kapoor... that she'll defo show something worth hilarious by the name of a sci-fi series

But whatever was shown in Sunday night episode is beyond stupidity. The writers sort of rushed the episode with many illogical attempts. 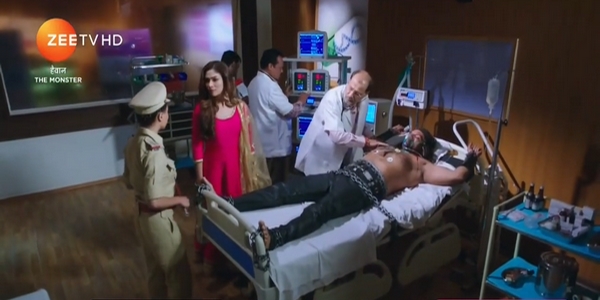 Amrita rushed to ICU and found Randhir unconscious. Well, everything was going perfectly, then there comes another scene. Two junior doctors in charge of checking Randhir were busy gossiping and bad-mouthing about Randhir. That scene was so uncalled and irrelevant, I mean I have never seen such scenes in telly world ever before. A doctor no matter whatever kind of relationship with the patient will never talk such rubbish.

Next scene: Amrita and Randhir: Randhir who was unable to stand properly, lifted up Amrita in his arms so conveniently. 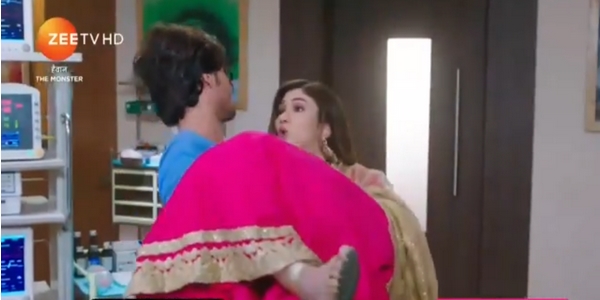 Usually, in this condition patients are advised to not lift more than 10 pounds and...yahan 48-50 kh utha liya hai

Ab Randhir ke open shirt ke button automatically kaise band hue, why the hospital staff didn't stopped them from going to terrace and why Randhor didn't get an infection from the barish due to weakness... is another story. 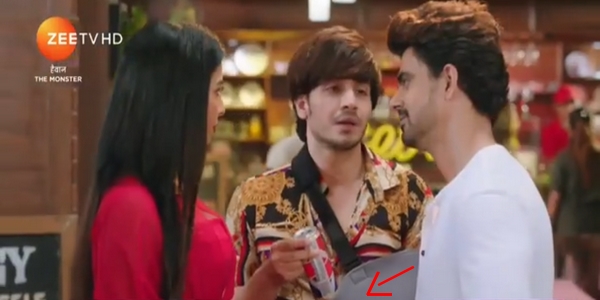 Why are you still asking Logical Questions 🤔

Ekta Kapoor shows are as stupid as others with nothing substantial happening in it. I'm curious to know why Govind isn't keeping a check on Jia?

Why are you still asking Logical Questions 🤔

Ab mat bolna to use insecticide spray to get rid of it.

Ekta Kapoor shows are as stupid as others with nothing substantial happening in it. I'm curious to know why Govind isn't keeping a check on Jia?

Govind is greedy for power and money and Jia paisa bana rahi hai that's why she's given free hand.

I think it is easier to lift a 50 kg human than a 50 kg dumbbell and winning the war against ICU may be...is part of their "Fairy land" strategy.

Do i make sense?

One question. Does this production house really show an immortal female and kills the guy in an earlier age?

Ab mat bolna to use insecticide spray to get rid of it.