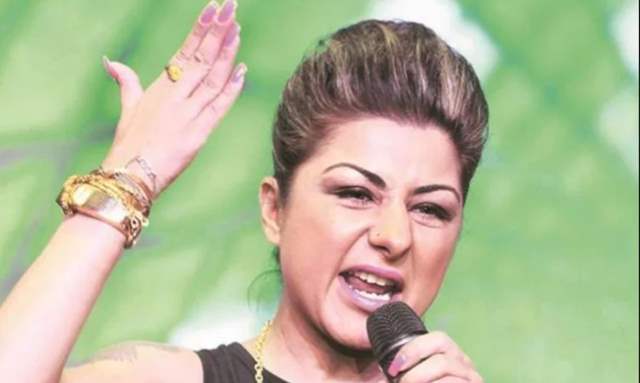 Taran Kaur Dhillon popularly known as Hard Kaur has yet again hit the headlines, but unfortunately not for the right reasons. Two months ago, the rapper was booked with charges of sedition when she openly criticized Uttar Pradesh chief minister Adityanath and RSS chief Mohan Bhagwat. In her social media post, she addressed Yogi as a rapist.

The 2 minutes long video has caused trouble for the singer and Twitter has now suspended her official handle. The video has gone viral on social media and the singer is facing a lot of backlash because of this. After this video, Hard Kaur also posted her upcoming song’s promotional clip on Instagram. Named as We are Warriors, the video clip saw some Khalistan supporters also.

See the video below:

"You use people! You use armies and people for your personal agenda," Kaur says in the video. She goes on to allege that the two veteran politicians have not only "threatened" her, but also her family, friends and fans. "Why (are) you doing all these girly things? Like sedition charge, 'we're gonna rape you... we're gonna kill you...' Come and fight like a man," she can be heard saying in the video.

For the uninitiated, some of the Sikh groups want a separate country for them which is going to be in Punjab and will be named Khalistan. And, Hard Kaur, too, is, apparently, supporting the same.

The same people who were supporting her for her stand on Kashmir issue consumed glue when she joined Khalistani people and started asking to free Punjab.

The same people who were supporting her for her stand on Kashmir issue consumed glue when she joined Khalistani people and started asking to free Punjab.

Don't know what happened to her or was she always like this.

Its always the ones who migrate to Canada (or UK) that harp on an on about Khalistan. Punjabis living here dont care.

Edited by nigahen - 6 months ago
0 Likes this
REPLY QUOTE

She seems to be heavily into drugs/alcohol. I saw this video of hers ages ago and was shocked. I used to like her until then.

Edited by Ratukrus - 6 months ago
0 Likes this
REPLY QUOTE

Lol ganja smoker hard kaur wants to have a boxing duel with modi and amit shah? few days ago, our liberandus were supporting her when she was abusing modi and yogi. Liberandus called it freedom of speech.Today, she is asking freedom of punjab and joined khalistan movement & demanding Referendum 2020. Now same librandus won't say anything. She's irrelevant and has definitely lost her mental balance.

Edited by YouKnowNothing - 6 months ago
0 Likes this
REPLY QUOTE