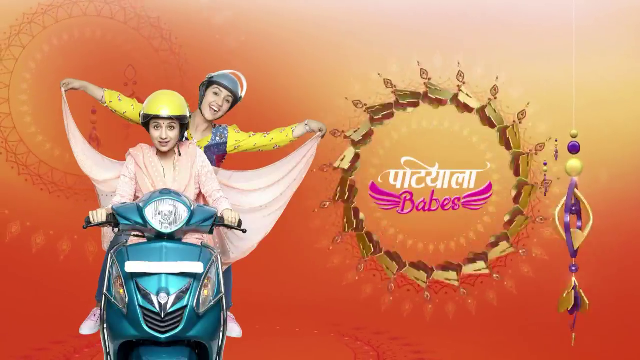 nevertheless, u ppl have finished it by ur lovely discussions m glad for dt and so here m posting d nxt new DT hope to c dis thread ending faster

and 1 thing i wanna share wid all dt i luv and njoy reading all ur comments here and on d other threads as well....

Thanks for the new thread... This is my fav corner of forum

Thank you for making this thread..love reading thoughts here

Oh thanks a lot for the new DT..

Finallu caught up with the Friday episode, it was beautiful qnd enjoyable for so many reasons.

Firstly I really loved the Hannie convo. Especially when HS asked Minnie does she thinks he can't see the yearning in Babita's eyes? The guy definitely surprised me as much as Minnie was. And my love for his character grew even more if that's possible

Secondly, I definitely enjoyed Minnie's efforts with Naembee to make HanIta confess their feelings to each other. Their fights over the social media addiction and then the spat over his drinking habit, it was quite funny in that scene.

But what I'm unable to understand is, HS isn't a brainless man. Yes he did used to drink a lot before this mother daughter entered his life as his tenants, but it's long since he has stopped drinking as he knew that drinking when women are in his house is not a respectable thing to do. He drank only one day when he thought the women won't be in their house . So I don't understand what's 2ith this nee habit he's having and being adamant about ???

It's so not like the gentleman Hanuman we know. So there comes the question would Hanuman behave the way he does in the precap???? I would say no. So there might be a reason,coz of which he's behaving like that. I just hope my understanding over his character comes true and he comes out clean after this track..

Thank you so so so very  much

. What a beautiful gift on the friendship day

.I love to visit this thread every day and meet my virtual friends

WISH  ALL MY BEAUTIFUL FORUM FRIENDS A VERY HAPPY FRIENDSHIP DAY . LOVE YOU ALL

@harshu - Thank you so much for opening this thread up!

@Sudharies - HS' statement about not being blind to Babes' feelings definitely surprised me too. I am eagerly waiting for him to finish his conversation with Minnie so that we can find out what exactly is he holding back for.

You also bring up a good point about his drinking habit. He has always made sure to drink outside with Lala and yet, this time around he was completely adamant about drinking inside the house. I wonder if part of it is him asserting his place in the haveli. When Imarti was alive, I doubt he drank outside of the home. I have a feeling, it's the same thing here.

Previously, he used to drink outside out of respect for the women and because there were boundaries laid between them. But now that they are all accepting each other with their faults and all, so I guess he figures they should accept him drinking too.

Ashnoor Kaur clarifies that Patiala Babes going Off Air Has Nothing to ...

Sourabh Raaj Jain Opens up On Breaking All Molds and Not Getting ...