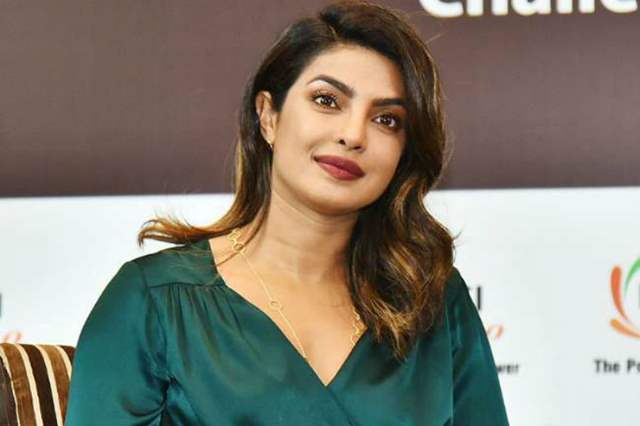 Out of the brightest shining stars in our tinsel town Priyanka Chopra is the one who has our eyes drooling after her every single day. Watching her every move, every stance and that too in every corner of the world had become routine for us. While she never fails to amaze us, this time too she has something supremely shocking.

As we all know that the 37 year old actress is an avid social media user and has one of the largest fan following on the photo sharing app Instagram. She takes over the Insta world with her charm and sass and you wouldn't believe the amount she takes to do the same. She charges a bomb for every promotion she does on Insta and well, we can't even begin to imagine what the figure is.

Priyanka is the only B-town actress whose name has appeared in the Instagram Rich List 2019. Apart from Priyanka, there's no one from Btown. Although we have cricketer Virat Kohli in the list and he too makes a whopping $1,96,000 per post.

On work front Priyanka was last seen in Isn't it Romantic. She will next be seen in Shonali Bose's The Sky is Pink opposite Farhan Akhtar. The movie also stars Zaira Wasim.

Oh thank god!! He is not her kidney

Why does Nick look like he hasn't taken a shower & smelling ..🙃

He was shooting a music video so probably was sweating.

Why does her bikini have a gloves on? And her nose looks so bad🤮

Then people think why everyone trolls poor PC. Most intimate moments of their married lives happen in front of HD cameras🙄. I am waiting for the day when this fake relationship will be exposed.

Then people think why everyone trolls poor PC. Most intimate moments of their married lives happen in front of HD cameras🙄. I am waiting for the day when this fake relationship will be exposed.

There’s nothing that intimate here but if people have a problem with their pics don’t follow them on social media or click on their topics. Simple. I feel bad for poor trolls that get pressed.

Ps. You’ll probably be waiting for forever. Hope you find something better to do. Waiting for someone’s relationship to fail is just pathetic

Edited by Gauahargeous_N - 11 months ago
1 Likes this