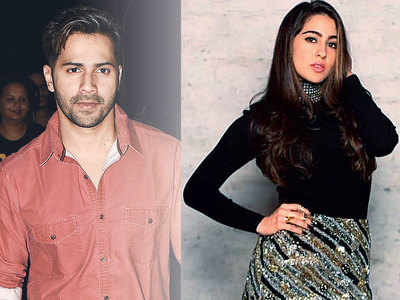 Talking about his decision to remake Coolie No. 1, had insisted that the remake which he has been working on for almost a year, is “actually a new film”. Featuring Varun Dhawan, Sara Ali Khan and Paresh Rawal who slip into the shoes of Govinda, Karisma Kapoor and Kader Khan respectively, the film kicks off in Bangkok on August 5. Now, Mirror has learnt that since recreations are the flavour of the season, the team will be bringing back the original chartbuster Main Toh Raaste Se Ja Raha Tha in their upcoming comedy produced by the Dhawans and Vashu Bhagnani.

The new version is composed by Tanishk Bagchi and David promises that he is not going to mess with the original. “It is an important song for our film, and it has heart. But times have changed so I am going to picturise it very differently with Varun and Sara,” David said, adding that songs recall value plays a huge role in a film’s success.

The original from the 1995 film was shot in Bangalore and reminiscing about it David pointed out that Bhel Puri is one of the signature street foods of Mumbai. “We found a place in Bangalore with lot of Bhel Puri stalls and had the lead pair (Govinda and Karisma) strolling through it, exploring ‘Mumbai’. I thought it was the best way to capture the essence of the Maximum City back then,” he explained. What can one expect from the adaptation? “It’s a fun song, showing the growing bond between the couple,” he smiles.

They are making a whole ass movie to cash in on the popularity of a song. Boolywood!