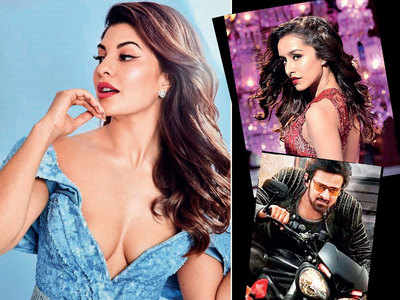 Since Race 3 hit the marque in June last year, Jacqueline Fernandez has been missing in action. that during her ‘break’ she had taken acting classes at Ivana Chubbuck Studio in Los Angeles. “As an actress, I want to discover myself, do things a little differently, add to what I have done before,” she asserted, quick to add that while she wants to do projects she can shoulder, she won’t step away completely from commercial Hindi cinema. Now, Mirror has learnt that she has quietly shot a special dance number for the Prabhas–Shraddha Kapoor starrer Saaho.

“Jackie was in Austria for three days for the fun song with Prabhas, sung by Badshah,” revealed a source. “She also shot some scenes during the schedule which wrapped up on Tuesday and there are other surprises in the store. A lavishly-mounted romantic track with Prabhas and Shraddha was also shot at Innsbruck and Tirol. It was choreographed by Vaibhavi Merchant.”

The futuristic action thriller, presented by Bhushan Kumar in Hindi, is gearing up for an Independence Day release. Talking about Prabhas, who rose to fame in the Hindi speaking belt post SS Rajamouli’s Baahubali, , “For me, he was always a superhero, even before Baahubali… The expectations are higher than usual because Prabhas sir is returning after Baahubali. The focus is on making a good film.”