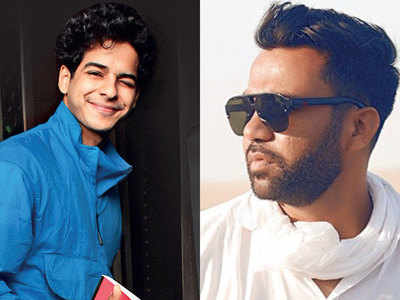 Mirror had recently reported (June 28) that Ishaan Khatter and Vishal Bhardwaj have amicably parted ways over growing creative differences on their first collaboration, an official adaptation of Salman Rushdie’s Booker Prizewinning novel, Midnight’s Children. Now, we have learnt that Ishaan has given a nod to Ali Abbas Zafar’s maiden production.

“Ishaan and Ali have been discussing the film for a while and things have now fallen into place. It’s a love-story and is expected to go on the floors by the year-end,” revealed a source close to the development, adding that the yetuntitled romantic saga will mark the directorial debut of one of Ali’s assistant directors. “Ali loves the script and believes it’s the ideal subject to turn producer. Being a writer himself, he has been involved throughout the scripting process.”

Buzz is, the story is set entirely in Mumbai and will be shot in a start-to-finish schedule in the city. “The team is currently scouting for a young A-lister opposite Ishaan. The cast will be locked in a fortnight,” the source informed.

Ishaan exploded on screen in April last year in Iranian auteur Majid Majidi’s Beyond The Clouds, following it up a couple of months later with Dhadak, Karan Johar’s Hindi remake of Nagraj Manjule’s Marathi film, Sairat. He was touted to be one of the brightest debutants of 2018 and post that, was also in talks with Mira Nair for the on-screen adaptation of Vikram Seth’s A Suitable Boy.

After his last directorial Bharat, featuring Salman Khan and Katrina Kaif in the lead, Ali is currently on a break in his hometown in Dehradun. While interacting with Mirror (June 24), the writer-director had admitted that he is working on multiple scripts, one of them being the third instalment of the Tiger Franchise. “As soon as it is ready, I will share it with SK... There is always pressure working with Salman, and when you do a franchise, it just multiples. It is essential to write a bigger and better story,” he had said.