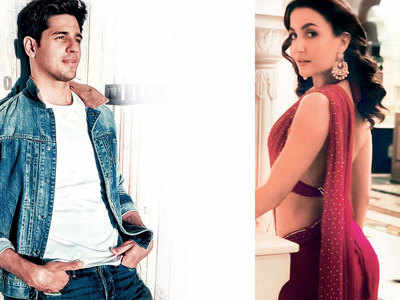 Sidharth Malhotra and Parineeti Chopra’s upcoming film, Jabariya Jodi, which is set in Bihar and revolves around the practice of groom-kidnapping, has added a regional twist by way of a song. Mirror has learnt that in a special turn, Elli Avram joins Sidharth for his introductory sequence in the film, which is a recreated version of the popular Bhojpuri number, “Kashi Hile Patna Hile”.

According to a source close to the development, the song was shot a during the film’s UP schedule. “Since the entire film is set in Bihar, Ekta (Kapoor, producer) felt it would be best to recreate a local song. It’s a fun song with a lot of ‘nok-jhok’ between Sid and Elli in a marriage procession,” the source revealed, adding that the song is titled “UP Hile”.

The Prashanth Singh directorial was slated to release on July 12, however it got pushed by a couple of weeks to get a clear release window on August 2. “The basic tune of the original track has been retained, but the vocals were rewritten to make it more palatable for a pan-Indian audience. Sid plays a rustic character with an element of quirk, and the introductory song sets the template for what is to follow in rest of the film,” the source revealed.

“Apart from ‘Kashi Hile’, the team has also recreated a hit Punjabi song that features Parineeti with Sid,” the source signed off.