Talking about the project Nora says,” People are used to watching Vicky act but it’s going to be different to see me in this avatar.” 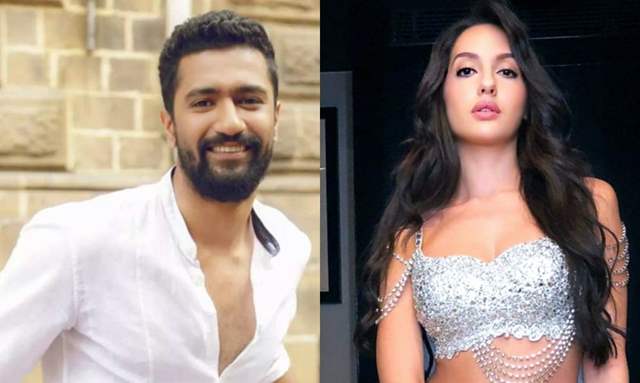 Dancer-Actress Nora Fatehi shot to fame last year with the song Dilbar from the movie Satyamev Jayate. Ever since that there has been no stopping for her. After her electrifying performance in the song Dilbar, she was seen next in an item song 'Kamariya' from Stree, which again was a hit. Besides her dance moves, the actress received appreciation for her role in Salman Khan’s Bharat. Currently she has been wrapping up Remo D’Souza’s Street Dancer 3D, opposite Varun Dhawan and Shraddha Kapoor.

Next up Nora will be seen opposite Vicky Kaushal in a romantic music video for Shoojit Sircar's upcoming biopic on freedom fighter Udham Singh. The special song is being produced by Bhushan Kumar and will be shot in Shimla. In a conversation with Mumbai MIrror, the actress informed, "The song came to me after Dilbar’ (from Satyamev Jayate) released last year and the makers had told me that they were looking for a guy to cast opposite me. The song is very different from what I have done before. It is not a dance number but a very performance oriented song revolving around a married couple and what happens between them. I won’t be dancing in this one."

Directed by Arvinder Khaira, the romantic number will be shot in Shimla over a span of three days. Singer B Praak, who recently sang Teri Mitti for Akshay Kumar's Kesari, has given his voice for this song as well.

Talking about the project, Nora further added, "Arvinder is good at directing videos that have emotions and stories that connect with the audience. People are used to watching Vicky act but it’s going to be different to see me in this avatar. The lyrics are so beautiful, it gave me goosebumps when I heard it for the first time."

She also said, "I will try my best to stay back and enjoy the place", as  this will be the first time the actress will be visiting Shimla.

Are you excited to see Vicky Kaushal and Nora Fatehi grooving together in a romantic number? Let us know in the comments below..