Thanks a lot dear

All are having breakfast, served by the servants..”What happened Preeti?..Where are you lost?” Pandit asked her seeing her lost..”Um..Thinking about wedding..!” She replied shocking everyone..”What?..Kiski shaadi?” Ishita asked her being perplexed..”Don’t Tell me you are thinking of Kiara’s marriage..She is not even 18, plus she still has lots of time for marriage !” said Raman..” Preeti ?” Pandit..”Um..What should I tell ?” she..”Then, you mean Swanna's marriage ?” Manoj and Swati asked her together, equally shocked..”Okay, a daughter-in-law will be coming !” she said shocking everyone..

”Preeti, Krish aur Veer ki shaadi ?..Are you even in your senses ?😠” Pandit..”So you want us to do baal vivah of our grandsons ?..Raman, see what is she saying ?” Ishita..”Momji, relax I am talking about Kiara and Kalyani !” she dropped the atom bomb😜..”What?..Raman, mujhe lagta hai, yeh sach mein pagal ho gai hai..What is she even saying !..Kiara and Kalyani..!” Ishita.. 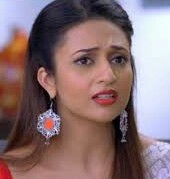 ”Preeti, this is too much..How can you even think this ?” Pandit said looking at her angrily..”Momji, Papaji, trust me I have seen with my eyes..It's difficult for me too, but..” she tries to explain them but in vain..”Oh please just shut up now😠..Enough of your nonsense now !” Raman said and got up from his chair, before going from there..

”Preeti, you told us this but don’t tell this to Kiara..She shouldn’t know this !” Manoj said before leaving from there..”Momji,..” she trailed off but Ishita stopped her from saying anything further, and went her way..”Pandit, Swati Bhabhi aap toh..” she sees them going too..

DeepVeer are laughing hard😆😆…”Yaha mein itni tense hu aur tum dono has rahe ho !” she sighed..”Okay, we will not laugh now !” Deepika said..But soon enough they again starts laughing😅..She sternly looks at them "This was even worse then then first..I still remember it !"

Ishita is sitting tensely, when Pandit and Preeti came there.."Mom, what happened?" Pandit asked her.."Today evening is my kitty party, so all the guests will be coming. It happened suddenly, so I had given servants off and Swati is also out. Ab khana and sab manage kese karungi?" she said..He smiles "Mom, don't worry Preeti will make all the food."

"What khana?" Preeti.."Beta khana.." she said looking at Pandit.."Oh, haa khana. I will make." Preeti said making them relaxed. They walks away, as she thinks "Ab khana banana toh aata nahi mujhe. I will call Sunaina !" she takes her cell, but stops "Arey nahi, agar use call kiya toh, woh khana banakar le aayegi. Will have to think, what to do !" she said walking in the kitchen.

Ishita and her guests are enjoying in the kitty party. After Sometime, Preeti walks out of the kitchen with the food plate. All gets shocked to see bread butter.

Preeti looks at them "Arey aunty, why you are not taking it? Meine apne haatho se banaya he. Thoda to chakhiye !" 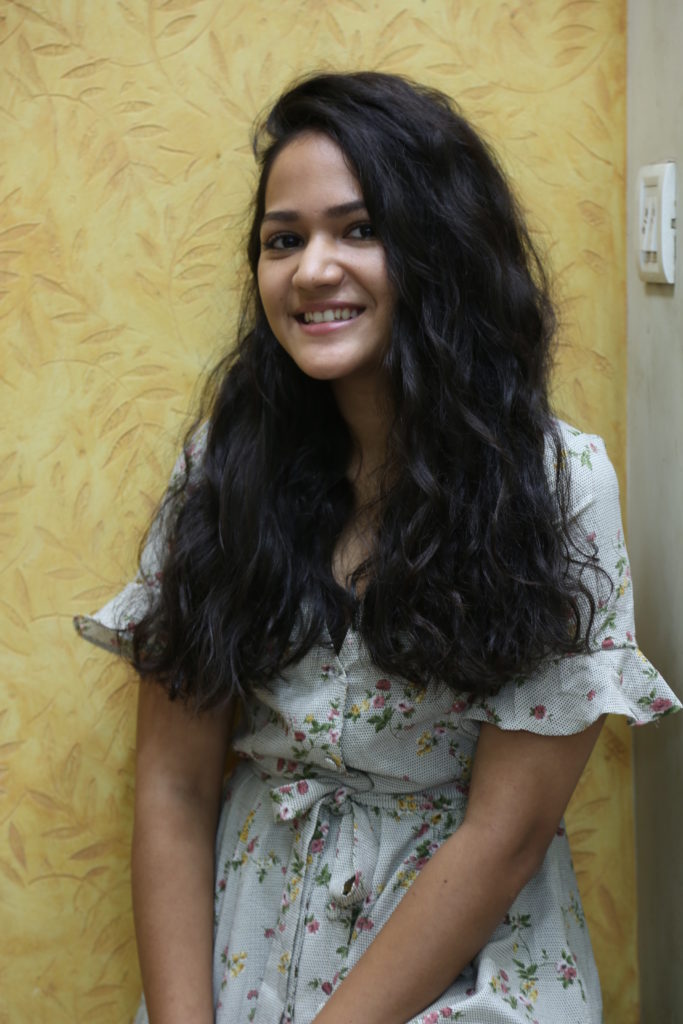 She looks at Preeti, when Swati came from the kitchen with their favorite food "Aunty ji, Preeti was just teasing. She made all this with her own hands !"

"See, I told you.." she said with a fake smile, while Preeti thinks "Really?" 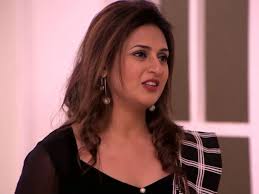 "Calm down Momji, it's okay.." Swati said taking her away.. 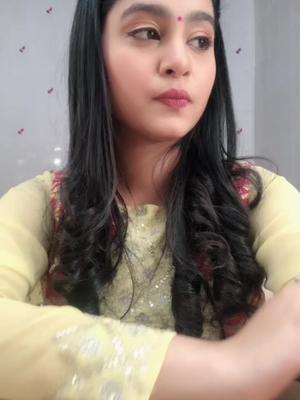 “Sometimes, I wonder how on earth she got only my son !”  she said pensively.

“Momji, then you should think how on earth he got only her !” he said, still unable to control his laughter😜..

”Kya pharak padta hai ab ?..Dono sides se phas chuke hai hum !..But I know how much I want to deny the fact, that she is an exceptional mother to her 3 kid’s..Even more than me !” she exclaimed..”Then, let it be Mom..I am sure Bhai ne samjadiya hoga unhe !” Deepika said soothing her..

Edited by Vampire2468 - 5 months ago
5 Likes this
REPLY QUOTE

Preeti is packing her bag, when Pandit enters the room "Are we going somewhere?"

"At this point of time?" he asked her "But the problem is with you, after what you did in morning.." 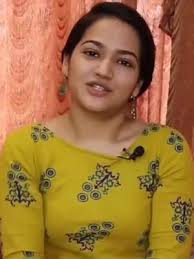 Just then, Kiara and Veer came there. She looks at them "Pack your bags we are going to your Maama's place.."

"Okay, no one will stop you. I have had enough of your tantrums..!" he said.

She walks in a slow motion towards the door thinking "God, please make him have sense to stop me !..Why he is not stopping me?" she then stops and turns around "I know why you are doing this, Radhika jo wapis aagai hai. You are still in love with her, but I will not let that happen."

"What?" he asked shockingly.

Now it's her time to get shocked "What?"

They involves in a verbal fight. 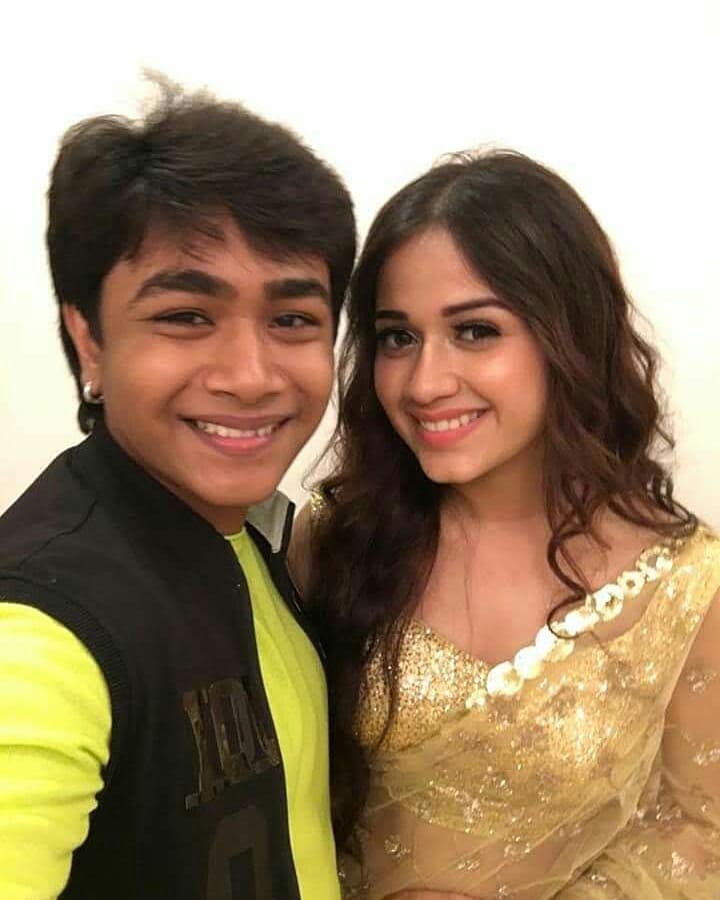 Sunaina feels hungry, so wakes up Sameer, who is fast asleep. He feels too sleepy to get up “What?”

“I want to have Chili Cheese Tot,” she said excitedly.

“Swiggy per order karlo aur mujhe sone do !” saying this he went back to his sleep. She gets out of the bed “Okay fine !”

But mistakenly her hand hits the water jug, when she takes her cell to place the order. Hearing the voice Pammi came in “What happened ?”

“Nothing di. It’s just that I am craving to eat Chili Cheese Tot, so I told him. Par vo chahta hai, ki mein order karlu !” she replies innocently. Pammi looks at Sameer “This is so wrong. How can you deny her request ?. She just wants to have it by your hands. Banado na uske liye !”

He finally gets up “I think you are right di, I should !”

She smirks lightly “Thank you di.”

Sunaina is sitting on the platform, while Sameer is cooking for her. She looks at him “Ab aur kitni der ?. Jaldi karo, bhuk lagi hai mujhe.”

He pushes her hand away.

Sameer serves Sunaina her food, and was about to go, when she stops him “Tum nai khaoge ?. Mein khila du ?”

“Nahi,” he. Just then Pammi came there “Smell is really good. I will have it😋” 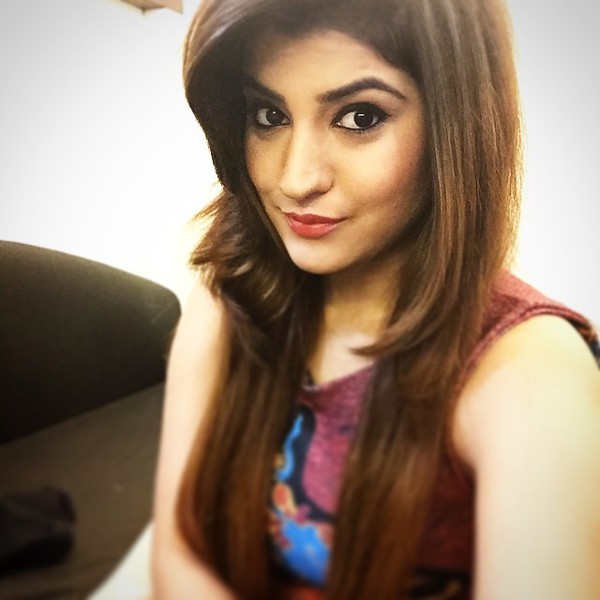 He then sits besides her “Then, I will have it too !”

Suddenly, she gets a call from Deepika and she takes it.

Deepika “Thought to ask what you are eating or should I say what Sameer made for you ?”

Sunaina “Then we both are in the same page😀. I am having Chili Cheese Tot. What Ranveer made for you ?”

They continues talking and having their midnight cravings fulfilled.

The four arrives in Mauritius. Kartik and Naina too are there, for his concert.

Sameer and Naina are in the same mall. They feels each other’s presence and turns..

Edited by Vampire2468 - 5 months ago
5 Likes this
REPLY QUOTE

Thanks for the PM

was Preeti joking or was she serious about getting her daughters married?I am confused as they didn't let her explain her point of view.kitty party ladies taunting ishita about her bahu's food was funny.samnaina food scene was actually cute n funny.sunaina n deepika talking about their husbands preparing food for them was cute .sad to see even pandit in a fighting mood with Preeti.is Preeti really insecure about pandit radhika or she just said so to taunt him?loved the pics

These Parts were just so Fabulous

I totally enjoyed both parts

Did Ashi Singh Have a Crush on Parth Samthaan?

Naina And Sameer’s Daughter To Have Her Naamkaran Ceremony | Yeh Unn ...