I am posting here Raghav and Naina (RaIna) story 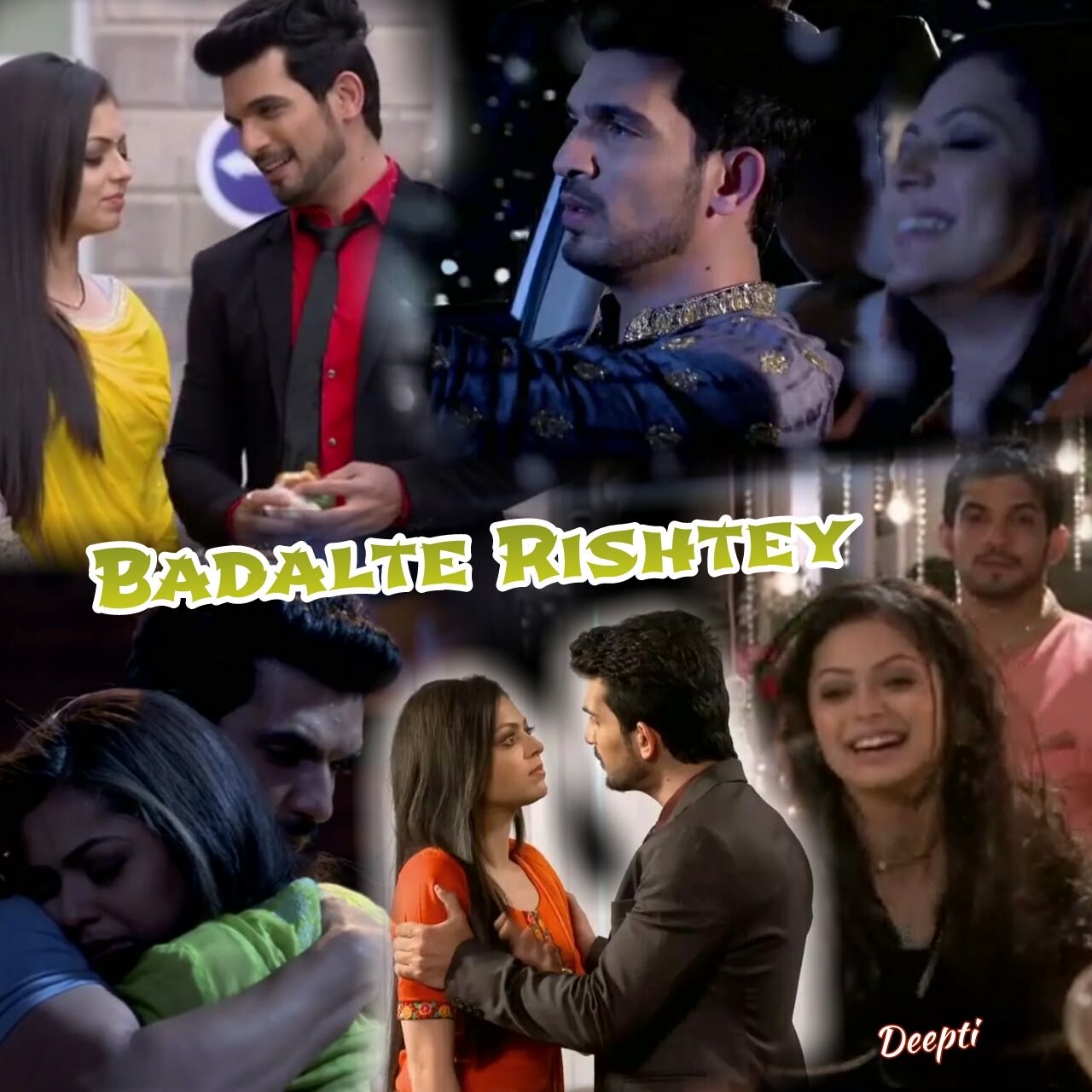 "Happy Holi dear Naina ..Raghav  came and just about to put color on her when she just turned and in a neon sec would be right to say ..she poured bucket full of water on him ..and started laughing ..showing him thumbs down ..like to say that she won ..not he ..and he was like ..what!! he thought ..he would color her first and will won the bet..untill he handled himself and came out of thoughts ..she ran from there and he again was thinking how to caught her and play holi..there first holi and though there were ups and downs in life..still they were happy with each other and slowly slowly turning into friends first and the day was not far away when they would  fall in love..

He ran behind her but she shouted from distance ..

"Raghav Mehra ..come on..you want to color me na ..now what happened..you are colored by me first..yayy!! Naina never looses..

"Not Naina ..Prof Naina..he too shouted ..so that she can listen..

He was thinking about the whole seq ..how he colored her than ..how they played holi..

"Beep beep..msg came on his mobile and he has to picked up ..after all its his best friend's  Sumit's msg ..which is helping in finding Naina ..his Naina ..who is not with her now ..again it's the same season ..Holi is coming soon..but many things changed in his life..he is here in India to found her Naina..

After he saw the msg ..he again wanted to lost in Naina's thoughts but he heard something which he could not properly understand but tried ..

"Just tell me ..if you are ready to give admission to my son Aryan or not?Naina questioned the Principal who was busy in writing something or can say ..was rather ignoring Naina..

"Ok fine ..than pls don't advertise and play with people's emotions that you are not just a school but a helping hand for the needy and no rules are hard and fast so that any needy have to go back..we will find solution ..give us a chance and see the difference..this was what was written in your phamflate ..right!! do hell with your institution ..Naina almost shouted and left the room ..she was going from there when a pair of eyes saw her from behind the glass door and his mouth remained open ..he just saw Naina ..his Naina!! for whom he was searching from long ..but why she is here and why she is going like that..he immediately informed on  intercom to his guardman to stop Naina by any means or just ask the reason of her leaving ..Guard understood what his sir  was saying ..he assured him to do that..he was Raghav..

Meanwhile Raghav ..Raghav Mehra ..owner of Mehra empire and trustee of this school too..went the inner cabin where his sister was sitting ..

"Didi ..Naina is here ..i told you na ..i will find her one day and now she is here but leaving ..i don't know why? and I can't just go and meet her like that..you know that..so pls help me..i don't want her to leave from here like this ..i want to know secretly about her first ..Raghav was telling everything in so excitement and he was getting nervous too..his sis understood his feelings and assured him to not worry..

"Raghav calm down ..i will go and see..don't worry..just than his phone rang and he got to know that Naina was  talking to someone on phone that they are not giving Aryan ..admission here ..she was disappointed ..and than guard told her in his own way to not worry and if she is disappointed with any thing ..she can talk to management also ..he will inform them..its his duty to help parents if any thing happened on staff level or even by Principal too..

He told Raghav that she smiled a little hearing that and she is waiting for anyone from management to come and see the matter ..as guard told her to wait ..

"Didi ..he told her whole matter and she went there ..met her in other cabin and got to know her prob and assured her to give her positive reply..she just need some time.Naina was looking a bit happy now and relaxed too..Raghav's sis  asked her to go back home and she will inform her by the evening..

Naina thanked her and went form there..

Didi  told Raghav the whole matter ..how it happened .. Naina has a kid Aryan and she wanted him to get admitted in their school but here also the same ques arose ..details about kid..parents...as she is a single mother..and the details  she don't want to share and so she has an argument with Principal..she also have an issue regarding our promotion and than not living upto that ..we promote falsely and don't help like we say..

"But u assured her about this and ..

"Didi ..first fire this principal ..he behaves like he is the owner ..he don't know me..Naina is right ..if we ask parents to trust us and we will help ..we will forward helping hand ..and listen to them..not only for Naina ..this rule is for everyone..fire this principal immediately ..i want Naina's kid to be admitted here as soon as possible ..didi pls..i can't lose her again..

His face getting red and he was angry..

"Raghav ..maine use bola na ..you don't worry ..i will handle it ..you gave me so big responsibility to manage this school..just don't worry ..but I must say she is so b'ful and in anger ..she lools more b'ful..she smiled and Raghav blushed ..Didi ..she really looks more b'ful when angry that's why I didn't want to pacify her when she was angry ..and she got more angry for that..i told her many times..

"Aww you are blushing..remembering old days na ..see now she is here ..so there must be a reason and your wait is almost over now..go and get ready to plan for your beloved Naina..i will inform her the good news ..she is waiting for..ok..

"Didi ..stop teasing me ..and thank you so much ..I can't face Naina just like that..she must have hated me ..I have hurted her so muchhe hugs her ..she too..

Naina was so tired when she came home ..these instituitions and their rules..but she thank God that she got an angel like lady ..who helped her..if she was not among the management than what would happen? If Raghav would be here ..than he surely would have said her to smile first and than they will find solution..

She was thinking all this..just than Aryan came ..

Thanks a lot dear for coming and reading..😊
REPLY QUOTE

Thanks a lot @Jas dear.😊