Will Smith reveals he wanted to go full Bollywood with AladdinListen 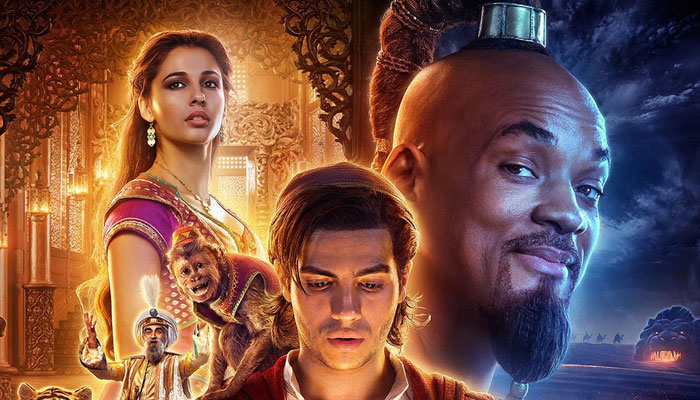 Hollywood star Will Smith is notably quite a massive Bollywood buff and it looks like his obsession is now leading to him asking for his movies to add a touch of the Indian cinema in them as well.

According to reports, the 50-year-old Suicide Squad actor during a red carpet event in Tokyo revealed that his upcoming highly anticipated film Aladdin includes him doing his ‘best Bollywood version.’

'Aladdin' is hot... you are going to love it! I was trying to do my best Bollywood version in this movie and there is a Prince Ali sequence in the film and I kept telling Guy Ritchie you got to go full Bollywood, you have to give them full Bollywood flavour," he stated.

He went on to reveal who he would like to collaborate with in Bollywood saying: "I have been visiting India, meeting and hanging out. They need to present me something, bring me something. I don't know what do we want to do - but we should start, we should produce it to together."

The live-action adaption of the iconic tale of Aladdin directed by Guy Ritchie is prepping up to hit theaters on May 24 and alongside Smith, is starring Naomi Scott as Jasmine and Marwan Kenzari as Jafa

Subscribed to your account, but beware........there are few members who misuse such personal info.....and harass people

Subscribed to your account, but beware........there are few members who misuse such personal info.....and harass people

Anything That has a song n dance is typecast into Bollywood model....I feel the film is a hopscotch! lol

Thanks! yeah I will be careful of it, Thank You...

this film has 0 buzz considering the animated version was a smash hit..

when it was released in India people didn't watch it but at that time people would wait for word of mouth to grow for 1-2 weeks and that's what happened with the older version. It became a superhit in India. the songs were also very very popular..

neither d lead actor nor the actress has the charm and will smith has already been trolled..their silver lining is China where it can do amazing business

This is an insult to Bollywood actually.

And in process, its ruined. The movie gives me full on BW vibes. The thumbnail is even similar to Imtiaz Ali's Laila Majnu.