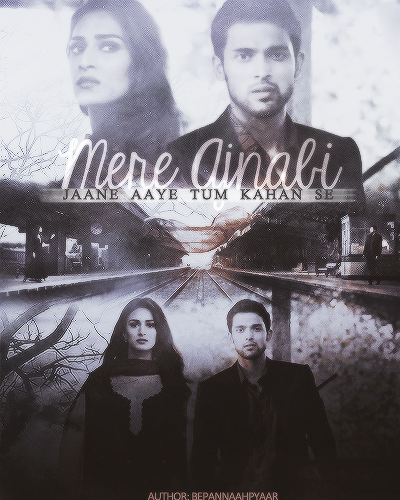 P.S. The banner is by SevenStreaks. This girl is seriously talented! Please give me some of your talent

Edited by BepannaahPyaar - 11 months ago
16 Likes this
REPLY QUOTE

Thank you so much

I'm glad that you liked it
0 Likes this
REPLY QUOTE

Thank you so much

Will definitely work on it

I loved this.
How beautifully u have drawn parallel with railway tracks.
Yes that's how their love is.
People bash me for this, but since I am an ardent kzk1 fan and have watched every episode, I need to say this-
If people are watching this story for Anu-pre to unite, it's not going to happen
I love this story for the kind of love it portrays. Two people so madly in love with each other, but due to circumstances are not able to lead a happy life together. They separate and
They both manage to get married to different people and prerna also happens to fall deeply in love with bajaj, but these two's (Anu-Pre) love turns into something divine and pure. A friendship so beautiful and Anurag knows Pre loves bajaj and yet the way he always wants only her happiness... This story teaches us so many things. ...That your first love need not be your last love, that love can happen again.
That despite Anu-Pre not being with each other, they turned into bestest friends and always stood for each other.
Edited by SnehaDoll - 11 months ago
1 Likes this
REPLY QUOTE