So this plot has been revolving around my mind since umm I think 24 hours.

So I thought lets jot it down as long as the story and my determination to start it is still fresh. This is AU and not related to show in anyway.
Disclaimer : As the title suggest this story is dark and contains mature content. This deals with marital abuse and violence against woman and human trafficking kinda of stuff so if you are sensitive towards such stuff this is not the story for you. The female lead (Prerna) is rather a weak character as she represents thousands of innocent and weak women who suffer such fate due to various reasons. However she will mature into a strong character but it will take time.
Prologue
She broke down in his arms and he swayed her back and forth, all while whispering words of empathy in her ears. Relaxing in his warmth, she realised that never in her life of 22 years had she felt so safe as she felt with him in his embrace. She felt as though nothing would harm her, she felt empowered.
He slowly and very gently wiped her tears and cupped her face as though she was a broken porcelain doll he was trying to fix. And she was. She was broken in so many ways and he was the only person who could mend her.
His eyes fell on her limp petite body. Each part was smeared with a scar, each leading to a dreadful event she had suffered. There were so many of them, it felt as though it was a part of her body. As if she was born with them. But she wasn't. She was made to bear them, she was made to endure them, and the person who was cruel enough to make her suffer, Anurag silently promised to himself that he would make him suffer.
She shuddered as he gently kissed her forehead. As she experienced this small intimate gesture, memories of forced onership upon her body jerked her to the reality.
"Please help me. Help me wipe those awful scarred memories of mine." a small frightened voice called out to him.
As Anurag looked at her, he couldn't help but feel proud. She wasn't weak cause she was asking his help, in fact she was strong enough. And he knew she would fight her battles and it wouldn't be long before she would punish her sinner. And he would be there when she would need him. Always.
He bent down to her face and as his warm breath fanned her face, she lent in and kissed him. He took her lips in his and treated them the way it was supposed to be.
His hands slowly travelled to her arms as he caressed them with love. His lips left hers to kiss her scars. She left out a gasp as he kissed each of her scar. Her hands dug into his thick mass of hair.
The night grew with passion and they both flowed with their emotions. He kissed her, she melted in his worshipping. He claimed her as his and she gave him the right to. And as time and again they became one, they knew this was how it was supposed to be. They were parts of the same soul separated into two equal halves. Nothing would separate them now.
This was her battle and he was her saviour.
This is my first time writing a story on such a heavy content so any kind of suggestions, advices or criticism is welcomed. I wouldn't continue this if people aren't comfortable with it.

For a light hearted romantic and kinda cheesy and chicklit kinda stuff, check out my other story
AnuPre SS : His Fake Finance

Beautifully written!:) Loving the story line, absolutely. It's like you have managed to express so much with less words.
Continue soon

Edited by HARSHTA - 1 years ago
1 Likes this

YOU ARE SUCH A GIFTED WRITER .
its a treat to read your work
0 Likes this

This beautiful! Do write more
0 Likes this 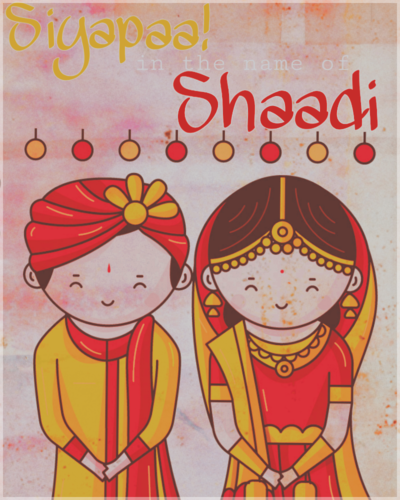 Edited by MsChanadlerBong - 10 months ago
1 Likes this

YOU ARE SUCH A GIFTED WRITER .
its a treat to read your work
Thank you so much.

so nice to hear such words.

Simply stating the truth , love both your works till now