Edited by lwrimaforever - 7 months ago
15 Likes this
REPLY QUOTE

Deepika Padukone will not only play the
lead but also produce Meghna Gulzar's next
project based on the life of acid attack
survivor Laxmi Agarwal. According to a
Mumbai Mirror report, she was so moved by
the story that she decided to fund the
movie as well.
After Sanjay Leela Bhansali's Padmaavat,
which released in January amid huge
controversy, this will be Deepika's first
project. Meanwhile, Meghna's last project,
Raazi, also proved to be a big success.
Padmaavat and Raazi are two of the most
successful Bollywood films of the year so
far.
"When I heard this story, I was deeply
moved as it's not just one of violence but of
strength and courage, hope and victory. It
made such an impact on me, that personally
and creatively, I needed to go beyond and
so the decision to turn producer, Deepika
told Mumbai Mirror.
Laxmi was attacked by a man in 2005 after
she rejected his marriage proposal. She was
one of the winners of the US State
Department's International Women of
Courage Award in 2014. She also hosted a
few episodes of a TV show, and walked the
ramp at London Fashion Week in 2016.
However, she is reportedly now without a
job and facing possible eviction from her
home as well.
Acid attack survivor Laxmi Agarwal. (HT File
Photo)
Before joining Meghna's project, Deepika
was set to work with director Vishal
Bharadwaj and Irrfan Khan on a new
project. However, the project has been
indefinitely postponed due to Irrfan's ill
health. "I am pushing back the film by a few
months as both of my lead actors are down
with different health problems. Irrfan is
down with jaundice and it will take him a
few weeks to recover and Deepika
Padukone's back problem which had
previously developed during the shooting
of Padmaavat has now resurfaced, Vishal
had tweeted in February. Irrfan later
revealed that he has been diagnosed with
cancer. He is currently receiving treatment
in England.
Deepika will follow actors Anushka Sharma
and Priyanka Chopra's footsteps, who also
turned producers with films like NH10 and
Ventilator respectively. Ventilator became
the 10th highest-grossing Marathi film of all
time and won three National awards at the
64th National Film Awards. 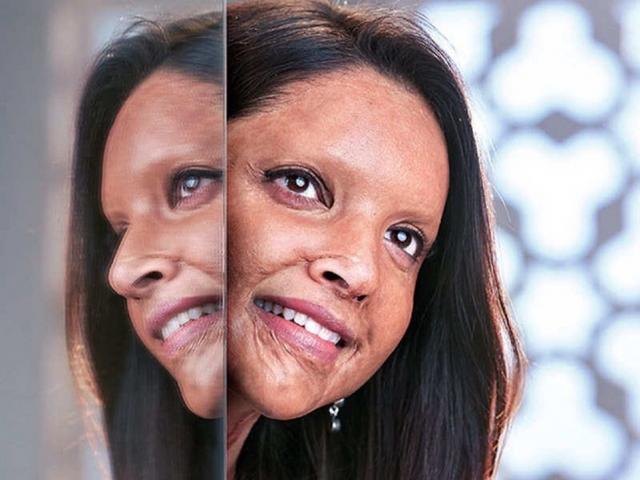 Thanks for the thread!
3 Likes this
REPLY QUOTE