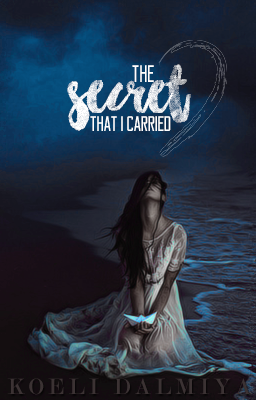 It was a breezy night. Prerna was sitting on the parapet of the window and her thoughts wandered some old and some new events. She just couldn't believe her destiny. The man she always wanted to stay away, the man from whom she ran away is the man she is seeing now in her house for more than fifteen days. The man she loved and lost is the man who is probably going to marry her best friend.

A lone tear slipped from her doe eyes and kissed her cheeks. No she cant lose her control now. Fifteen days she had masked her love for him infront of everyone including the man himself and now that they are going to tie a knot, she just can't screw this up.

To her horror she realized that her feelings for this man is same as it used to be during their college days. Isnt it obvious that the reason for her to be still single is the love for him she still harvests in her heart? She understood long back that she could never love anyone other than Anurag.

But Anurag, he hated her. She can make that out very well and she doesnt blame him. He had a valid reason for that. She was the one who left him without explanation and moreover she refused to receive his calls as well. He had called her so many times for continues seven days. All all she did was to destroy the sim card and change her number. She did this because she was scared very scared. Being a young girl of 18 she didn't know how to deal with it.

She was already suffering from the guilt of leaving him handing, her parents died in a car accident and her whole world fell apart. It was Aparna her best friend in school and her parents took care of her there after. By exposing her feels and their past she just cant spoil her friend's happiness. And moreover she knows that Aparna likes Anurag and she will say yes to him if he asks her. Thats exactly what she confessed the day before?

It was very natural for her heart to bleed seeing them together but yet she was happy that both of them were happy. The only thing she couldnot tolerate was Anurag's hatred. He didn't leave a single scope of remind her of her betrayal and made her guilty. But her hands were tied. She had a phobia. A commitment phobia. Seeing her parents broken relationship she feared to commit.

The knock on the door startled her. She composed herself and got down from the parapet. Wiping her tear makes she went towards the door. She wondered who it might be. Everyone in her house slept early except her. It can be Aparna who might be feeling jittery. She opened to door to face a very angry Anurag.

"What are you doing her?" she stammered and stepped back.

Without uttering anything he entered the room.

"You cannot come in like this", unable to figure out what to say she just blurted.

"Really?" he said mockingly. "Why? Why cant i enter your room?" he spat looking directly in her eyes.

"It doesn't look good to enter a woman's room without her consent and against her wish. And moreover you are seeing my friend now so its not appropriate".

"Then why didn't you stop me when i used to barge in your room during college days? Umm maybe you wanted me to touch you that time and get pleasure and once I became stale you threw me out of your life without any explanation. So you, talking about being appropriate doesn't suit you. You better keep your mouth shut".

"Don't talk to me like this", she half requested and half pleaded.

He came dangerously close to her. "I wished i have never met you Prerna. And i never expected to see you for the second time".

That hurt. That really hurt the most. He doesn't even want to see me. It broke her even further.

Grabbing her shoulders he said, "I wish you were not Appu's best friend".

She closed her eyes thinking about her pet name that he had given. 'Pre' and she used to call him 'Onu' as he used to be really chubby and cute during college days. Now he has grown up to a very handsome man. He must have a huge line of girls behind him.

"I wonder how come both of you even become friends. She is such a sweetheart and pure and you are nothing but a betrayer and a lier. You love playing with people's emotions. Isn't it Prerna?"

"Stop it Anurag, just stop it", she cried uncontrollably. Her whole pant up emotions had no bound today. She just couldn't take it anymore.

Unable to stand anymore she sat on the floor breaking down in front of the love of her life. Anurag held her arms and made her get up. He pinned her against the wall. "Tomorrow i am going to say yes to Aparna in front of the entire family and you better be present. Don't you dare try to spoil it or else i will be your greatest enemy".

All she could do was to smile. "I wish you and Aparna a very happy married life Anurag. I would never spoil my best friend's life. She is very lucky to have you in her life".

With that he threw open the door and closed it with a loud thud behind him.

Prerna slid against the wall and cried her heart out. She knew that it was all her fault.

He hates her so much and that too without knowing the biggest secret of her life, their life. She has no idea what he will do if he comes to know about it.

She got up and went towards the cupboard and opened her drawer to pull out her old report. She has never thought that this day will come in her life that she has to once again face her demons the sin that she had committed by not telling Anurag.

Edited by Koeli_Appy - 1 years ago
26 Likes this

Intensified love.
Bring it ON!

I can't tell you how much I loved it. The reason being my love for stories that have a descriptive narrative. Please do write more soon. I would love to read on how their dynamics evolve. It's nice and clean intense loved it.
1 Likes this

Loved it
1 Likes this

It's amazing , can't wait for the second part
1 Likes this

It was amazing. Plz post the next part soon. I am dying to read it