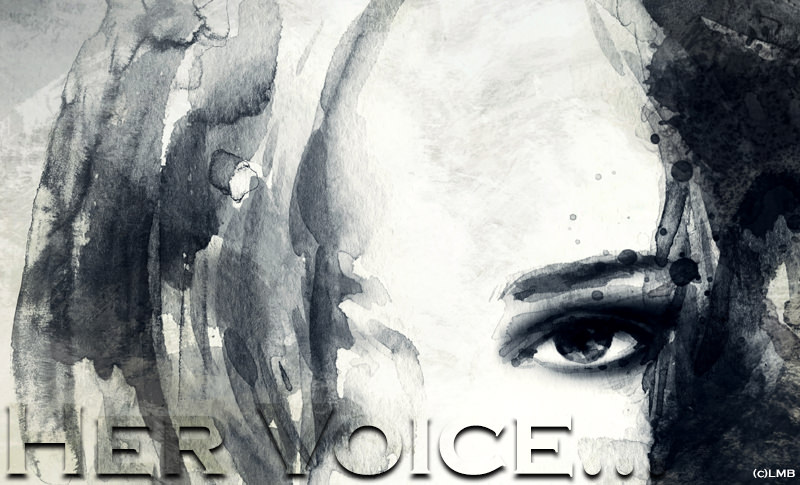 Qazi Irfan Siddiqui felt the world shatter around him, the ground seemed to open up and swallow him as the words echoed in the small room. His heart lodged in his throat choking him, the echoing wails of his wife's sobs fell were deafening.

He slowly moved to the entrance of the bedroom and looked at his daughter, her eyes swollen shut, bruises marked her face and neck, she was curled up in a foetal position. He fell down onto his knees and sobbed, for once he was grateful his daughter couldn't hear.

Kabeer dropped the weighted dumbbells jumping up and ran out without caring about his appearance.

"He... Kabeer, he..." Imran pinched his eyes closed wondering how he could bring himself to say the words he knew would shatter Kabeer.

"He... he raped the Qazi's mute daughter" Imran whispered, his words raw and shot straight through his friend's heart causing his knees to buckle with the intensity of bullets.

"No... no you're lying" Kabeer planted his hands on the ground shaking his head as the words registered. Aahil wouldn't do that, his brother was young and stupid, he played mean pranks but he would never stoop so low.

"Kabeer" Imran crouched down holding his shoulders and helped him up to his feet. He called out to Melinda to bring a glass of water and made him take a seat on the sofa.

"He wouldn't have done that, Imran" Kabeer stood unable to sit, he shook his head unable to believe such a thing.

"Kabeer, he's at the bar again with his disgusting friends and he's... he's describing anything and everything..."

"Allah!" Kabeer pressed his hand to his forehead and hurried to his room. He quickly dressed and was out the door climbing into his car with Imran.

"The town's stupid girl has finally lost her virginity" Aahil grinned when his friends cheered and they swung back another drink.

Aahil gestured for another drink to the bartender and gave her a cheeky smile which didn't last long as he was suddenly pulled and someone's fist met his nose.

Aahil groaned covering his nose and could feel the blood running, before he could gather himself to straighten, another punch swung across his face and another.

"Kabeer, stop" Imran grabbed a hold of his friend pulling him away.

Aahil's friends went to pick Aahil up from the floor and helped him onto the bar stool.

"Bhai..." Aahil whimpered once he gathered his disoriented thoughts.

"What have you done?" Kabeer yelled and attempted to strike Aahil again when Imran held him back reminding him they were surrounded by people.

"Bring him home!" Kabeer ordered and stalked out of the bar.

Kabeer climbed into the car but didn't start it, he gripped the steering wheel tightly recalling Imran's words and the words of his brother when he entered the bar. He had hoped to hear from Aahil he wouldn't ever do such a thing.

After their parents passed away, he shouldered the responsibility of the entire house, the business including his young brother. He had given Aahil whatever he could possibly give him a normal life and shower him with as much love as possible.

Exhausted and anguish consumed him and he cracked, his shoulders shook as he cried in the darkness of his car with no one to hear.

I shall see how the concept is taken by readers and decide whether I continue this as this is a sensitive subject. I do hope you'll give a chance and there is more to this story than initially being shown. I will reveal them layers slowly.

Chapter 6 : Tears of a Broken Heart

Edited by SweetIndulgence - 1 years ago

Do continue it - sounds intriguing...
1 Likes this
REPLY QUOTE

It's give me goosebumps...
Please do write more
1 Likes this
REPLY QUOTE

like the plot!! eager to know how the plays out!!

intriguing start!
liked that you written about something realistic!
how could Aahil do such a thing>? Feeling 4 Kabeer!! this is something he did not expect and can understand his reaction!
what will Kabeer do?
will the girl get justice?
1 Likes this
REPLY QUOTE

Everyone reacts differently to situations.

What if it never entered your conscious mind? What if you could not grasp onto the enormity of the situation?

"I cannot apologise enough Qazi Saab, and I know nothing will undo this" Kabeer sighed heavily. After he'd composed himself, he returned home and waited for his brother. Imran had brought Aahil home however he had passed out due to being severely intoxicated. Kabeer had asked Imran to stay besides him brother and ensure he remains at home whilst he visits Qazi Irfan Siddiqui.

"I'll support you" he crouched down and looked at the broken father slumped in his chair, "I'll testify and bear witness. My brother is at home and... I can call the police for you" Kabeer stated.

"Why did he do it?" Irfan finally opened his mouth and asked. "She's... She didn't do anything to anyone, everyone knows she's... not mentally... she's deaf and mute. So why? Why?" he sobbed.

Kabeer pinched his eyes closed, his fingers tightening around Irfan's fingers, he didn't have answer. He was still reeling with shock and registering that his brother had stooped so low.

"I don't have an answer" he sadly sighed. He couldn't apologise enough as that would not change what happened to Qazi Irfan's daughter.

Irfan Siddiqui stood, he walked over to the window staring out at the midnight black sky and closed his eyes, "How do I meet her eyes knowing I couldn't protect her?" he questioned to no one in particular, it was more a question to himself.

"Qazi Saab..." Kabeer approached him touching his shoulders. "We'll get justice, I'll take you to the police station..." he suggested.

"No" Salma shook her head and looked at her husband. "Zara has gone through enough, we're not involving the police" she frantically shook her head, her hands shook. "Do you realise what's going to happen if this gets out?" she hissed. "She wouldn't be able to... she'll become a target. Zara..."

"Begum, do you expect us to ignore that... that animal?" he cursed.

"Kabeer, you... you do whatever you have to. We aren't going to prosecute"

Kabeer was appalled at Salma's decision, he frowned and looked utterly confused.

"You might think I'm being cold but I'm only looking out for my daughter. Zara... Zara doesn't have a voice, who's going to believe her when she cannot speak. When she cannot hear? You were not there, the laws of India don't serve justice yet and this... this will drag on for years ruining Zara" she shook her head. "I'm not going to let this... shackle her. She's still a kid in her mind..."

Kabeer nodded though he couldn't really understand, however that did not mean he would let his brother slip away so easily. He looked between the Qazi and his wife once again, "Are you both absolutely sure you don't want to..."

"We're not going to prosecute" Salma cut him off shaking her head. "Zara has been through enough for one day".

Kabeer dejectedly nodded, he wasn't happy with their decision however it was their daughter. He then took his leave and walked out of their house. He was moving towards his car when he heard a rustling coming from the side garden, he turned his head and was taken by surprise when he noticed Zara Siddiqui.

Zara lay on her back smiling brightly as she stared at the night sky scattered with millions of stars, she was almost in a trance. She stretched her arms out giggling though silent as the wind whooshed over her face.

Zara pouted her lips almost sensing someone around, she sat upright and stared alarmed at the dark figure a few feet away. Fearing it was her father or mother, she crawled on her hands and knees to the nearest bush and crouched down lower.

Kabeer swallowed hard, he pondered for a moment should he reach out and see if she was okay? She looked so carefree and innocent, despite the visible bruises marking her face and neck. Did she even know what happened to her? He questioned inwardly.

He noticed her lifting her head and peeking in his direction, she pouted her lips again and leaped onto her feet scurrying in the house through a side door.

He brushed a hand over his face and moved towards his car.

"Wake up" Kabeer hissed throwing a cold glass of water over his brother's face.

Aahil yelped jumping up abruptly. "What are you doing, bhai?"

"Pack your things and get out of the house" Kabeer stated firmly.

"What? Bhai, you cannot be serious. She's an idiot and I was only having a little fun" he shrugged trying to brush it off.

Kabeer swung his fist across his brother's face, "Don't! Just don't!" he yelled grabbing Aahil's shirt and pulled him close. "I bailed you out several times for your pranks, I did everything in my power to make up for the loss of our parents. I've had enough! You've continued going out with your friends and drinking! Drinking! It's haram and you've not stopped!! Leave, Aahil. I'm washing my hands off of you, you're on your own".

"How?" Kabeer yelled. "There is nothing you could do to make this right" he snapped shoving Aahil away forcefully making him fall onto his back.

"I wouldn't let a dog near you" Kabeer hissed. "Let alone that girl" he looked at his brother disgusted. "Take a bag of clothes and go. Or I'm kicking you out right now".

"I need to get some cash to go somewhere..."

"No!" Kabeer cut him off shaking his head. "Nothing goes, nothing belongs to you. You're no longer part of this family" he stated furiously.

"You'd really do that to me for that girl? She doesn't even remember!" Aahil screamed.

Kabeer had had enough, he grabbed Aahil by his shirt and dragged him, Imran followed behind and watched Kabeer toss Aahil out the house making him fall down the steps and onto the ground outside. "Don't ever come back and if you're not up on your feet in 10 seconds I'm going to call the police on you myself" he threatened.

Aahil had never seen this side of his brother, he cowered back and looked stunned. He dragged himself to his feet and turned disappearing off into the night.

"Kabeer..." Imran crouched down holding Kabeer as he broke down, his shoulders shaking as he sobbed covering his face.

How was it?? I'm so nervous for this story.

Hoping I will be able to do justice. Please do leave me your thoughts - thank you x

Edited by LilMissBossy - 1 years ago

Please make Zara mentally stable. .by some treatment..
She has the right to know what happened to her... please make her rise her voice
0 Likes this
REPLY QUOTE

Ishq Subhan Allah Gets A New Time Slot; Manmohini To Go Off Air!