Hiba Nawab talks about her ideal man and role in Jijaji

I am not in a hurry to make my choice with respect to my life-partner: Hiba Nawab

Hiba Nawab who plays the lead Elaichi, in SAB TV's Jijaji Chhat Par Hain talks about her thoughts about her ideal man and much more. 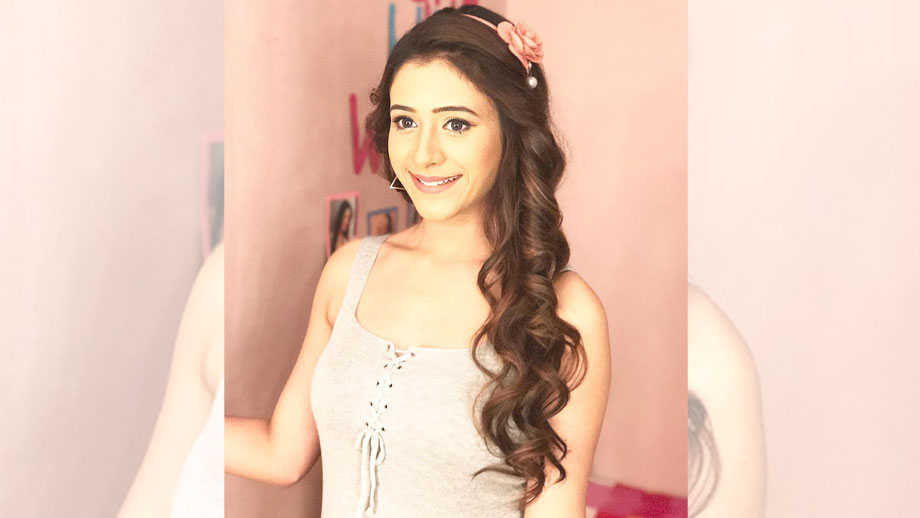 Hiba Nawab, currently seen in SAB TV show, Jijaji Chhat Par Hain, is in no hurry to fall in love. "Right now, I don't have time for romance either. My ideal guy should be 30% hot, very understanding and a sweet bloke.

"It is always better to get to know a guy as a friend before taking the plunge. You need to be careful as it a once in a lifetime decision. I am not in a hurry to make my choice, adds Hiba.

Hiba, who has been around TV for long, credits her staying power to her parents. "They have always supported me in me finding my wings. It is very important to have the support of your folks, for today, girls are not safe anywhere in the world.

Talking about her current Edit II comedy assignment, she says, "It is going well. I have immersed myself totally in my character. Also, I'm getting to learn so much from senior actors like Anup Upadhyay and Soma Rathod.

Is the comic timing inbuilt? "Well, a lot of it is, but again, as they say, practice makes a man perfect. Comedy is tough business, having to walk the delicate line between under and over-playing. One slip and it is all over. Any genre is tough, for you need to always keep your audiences entertained and engaged. But the hard work is worth it if you net juicy leads like the ones I have always been lucky to get.

Hiba made a name for herself with Tere Sheher Mein, as a feisty girl. "Then I did a typical sas-bahu show called Meri Saasu Maa. Both my comic characters are also as different as chalk and cheese.

Before Jijaji, she was doing Bhaag Bakool Bhaag, on Colors.

"It is my endeavor to keep doing different kind of roles. Looking ahead, I would be game for movies, and yes, web series too, which offer a wider range of new content. However, she would not be comfortable for bold stuff.

In closing, Hiba says, "I have just one grouse, and that is that the set of Jijaji is in distant Naigaon. The travelling up and down is blood-sucking. Living in Malad, (suburb of Mumbai), it takes me an hour and a half to get to work. During monsoons, the traffic is worse.

The Sad State of Comedy Shows in India Currently; Only ...

Why Changing the Timeslot of ‘Bhakarwadi’ for ‘BaalVeer ...