Kushal Tandon opens up about his Birthday plans,Aspirations and more 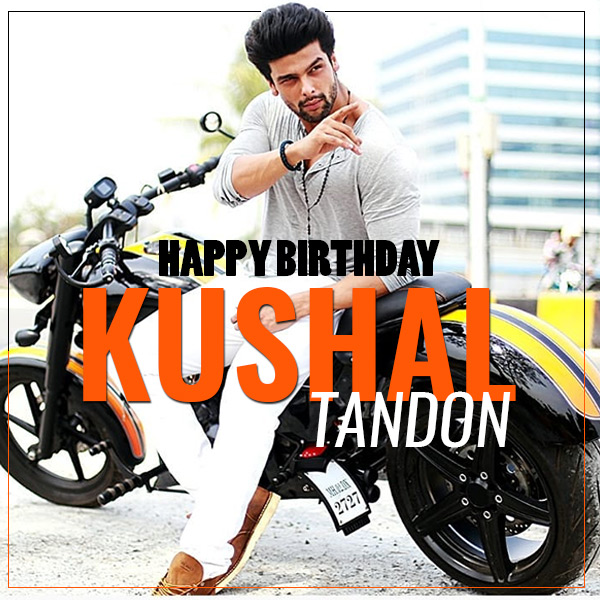 After taking a break from daily soaps for a couple of years, Kushal Tandon made a comeback in 2016 with Beyhadh. The show was a huge hit among the youth, who went gaga over his sizzling chemistry with Jennifer Winget in the thrilling drama that dealt with obsession in love. Soon, he will be seen on ALT Balaji's digital show, Kapoor's where he plays a business tycoon. Bollywood Life caught up with Kushal, who celebrates his birthday today. The actor was shooting till late last night. He said, "It is a working birthday. I am doing night shifts. Mom and dad are in town, so we'll do a family brunch with my sisters and nephews/nieces. In the morning, I will go to the temple and have a small get-together with friends in the evening. That's about it...no going out of Mumbai and all.

So, what does Kushal plan to gift himself? "I want to gift myself a calmer me and try to reduce my cigarettes, he says candidly. The tall and handsome actor is playing a business tycoon in Kapoor's, which is also his debut in the digital space. "I cannot reveal much. I am playing this millionaire businessman who is a complete charmer. He believes in love and is focused in life. It is a different show with a mix of emotions, drama and youth culture. I cannot reveal more, he says. We have seen some shots and Kushal is looking quite dapper. "It is all formal suits. I wore some before, but here I am in them always. It is tough to wear body fit suits in this weather for 12-hour shoots but the results are worth it.

He is one of the hottest men around and Kushal's Instagram account has girls swooning over him left, right and centre. Over the years, he's got fitter and trains hard on a daily basis. "That's sweet (the compliments). I feel guys actually reach the most happening stage of their lives in the stage of 31-44. I am turning 33 and getting there. I hope to age like fine wine. I feel you become more graceful as you grow older. It is human tendency. You ask any person and he or she will say that he looks better now than in a six-month old picture, he opines.

Well, he was always considered as a hunk but post Beyhadh, his perception as a performer was enhanced manifold. "Beyhadh was an acting-oriented show. Prior to that, I did more of reality shows. Even Ek Haazaron Main Meri Behna Hai was more about the sisters. In Beyhadh, I went from this charming, carefree guy to being a man squished between his mom, wife and best friend. He had to manage his psycho wife and finally take revenge from her. The character had a graph and a lot of layers. Even Kapoors will see me in a layered role, he says. He also reveals that he got a good film offer during Beyhadh but had to let go as he had already committed his dates to Beyhadh. "The film did well too. I believe in destiny. Films will happen when they have to happen, he says. The actor is also busy with his business venture, a resto-lounge, which will be launched in the coming months. He is now busy looking into the interiors.

Talking about looks and acting, he says, "I am trying my best to do both (look good and act well). I want to keep growing as an actor. I believe that an actor is always a struggler, a learner, giver and taker. I am growing by the day. When we asked him about film aspirations and how many actors put other projects on hold to concentrate on a good film project, he said, "I don't believe in that. I will take up all the good work that comes my way. Medium is not important whether it is a film, digital or a TV show. I will not wait for anything per se. I only want my fans to see me in good projects and roles, he asserts. He is also very thankful for the love showered on Jennifer Winget and his pairing in Beyhadh. "It was a different pairing and people loved it. I am glad that people loved it. It feels nice, he says. When we asked him about Jennifer and him reuniting once again, he said, "Of course, I did like to work with her.