We got a special message from Rithvik himself wishing us

We celebrated with awards to AT members

ArViAshVik Heaven#59 I want u to be mine always
http://www.india-forums.com/forum_posts.asp?TID=3358482

We had Christmas surprises for our AT members

A special message from AshVik, celebrations and certificates for AT members

Check out the certificates, awards, celebration and fun

Celebrating ArVi & AshVik Love
With 200 ATs, we have had over 240,000 comments, messages, pain, laughter, jokes, emotions, disagreements, Team Arjun, Team Purvi... but through it all, the one constant was our love for ArVi and AshVik. For us, AshVik is synonymous with ArVi and ArVi with vice versa. No one else could have brought to life ArVi like AshVik did and no one but ArVi could have captured our hearts for almost 3 years and 200 ATs.

ArVi & Rain
ArVi and Rain are hand in hand... when there is one, the other is sure to pour down or appear.
Lets journey through ArVi's Prem Kahani with their barish moments!
Arjun's Love Confession

Arjun's "Shall I leave or will you come to me" But Love wasn't so easy for Arjun had to overcome the terms set by Archana before he can win over Purvi's hand in marriage. What does he do? He sets out to live in the chawl and work as a mechanic to earn that 10,000  rupees to give to Archana to prove himself. What better way to keep his spirits high than a "rainy" dream with his beloved Purvi romancing the worries away dancing on a song we all hummed to "Tere shirt ka button"

Arjun wasn't the only one with romance on their mind. Our Purvi was forbidden from meeting her Arjun, but no one could have prevented her from meeting him in her mind, her dreams and her heart!

ArVi & Rain
ArVi's barish-prem kahani continues as Arjun and Purvi faced a life & death situation that led to them professing their love and confirming it in the most intimate way possible between a man and a woman. On this fateful night, their love and passion were realised as Pari was conceived!

But their road to love was never easy, as a storm took them over with the rains tormenting the earth and the the storm within tormenting them as Arjun married Ovi as per Purvi's request.
Rain & Tears mixed... the heavens opened up and cried for two lost lovers... Love mourned!

As the Rain saw their journey to love and heartbreak, it also guided them back to each other!

The rain is also their favorite season and THE BEST TIME to ask for forgiveness!!!

The rain offered them assurances and comfort as they offered it to each other! There was no one else in the world other than Arjun to comfort Purvi and no one else other than Purvi to complete Arjun!

Sooo... they rebuilt their friendship... and romance took its own sweet time to happen again!

Come... FALL IN LOVE with Arjun and Purvi as they fell in LOVE again... blessed with the tears of joy from the heavens above - RAIN!

February, a month of red, white and love was a memorable one as Rithvik Dhanjani & Asha Negi WON Nach Baliye 6 against strong competition and facing many hurdles.

As Rithvik and Asha celebrated their Nach Baliye 6 victory, their fans celebrated THEM! February, 2014 & NB 6 will remain eternal and memorable for both AshVik & AshVikians!
NB 6 brought showed how our ArVi evolved into our AshVik and the on screen lovers, became the off screen romance to talk about. They fought, laughed, comforted, cheered, praised and loved each other as we witnessed them blossom before our eyes into lovers & WINNERS! 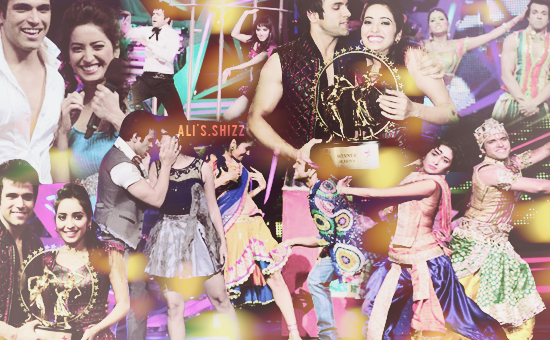 East to South
North to West
India or the Rest of the World
AshVik is THE BEST!
AshVik earned millions of fans, not just in India, but around the world as ArVi. After earning the love of fans via Pavitra Rishta, they became their own individuals and instead of just Arjun & Purvi, Rithvik and Asha also won the hearts of many. This love was shown through out the world as AshVik toured, traveled, performed and vacationed in tropical locations, down under, the most contemporary countries and the most spiritual.
Around the World with AshVik include: 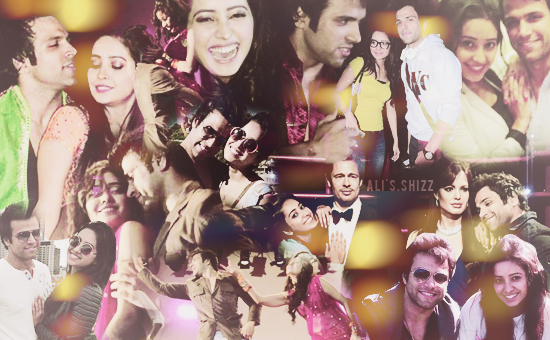 No one takes to the Camera quite like Our Rithvik & Asha!

The camera simply adores them and they certainly know how to work it in front of the Camera as much as they charm those behind the cameras.
Rithvik & Asha have been featured in many fashion shows, include being the show stoppers at the Gr8 Awards in Dubai and being a part of many Covers and Magazines such as Zing & Women's Era!
YES -  AshVik are definitely POSERS 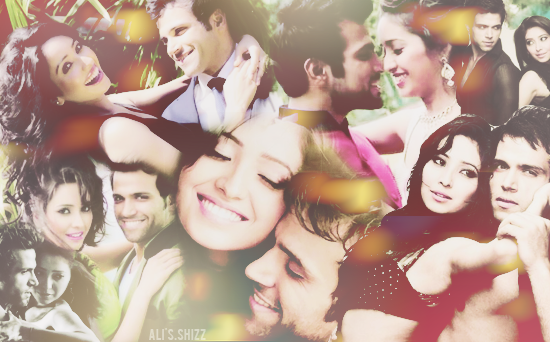 After donning the mechanic suit and spending time in the chawl, Arjun was finally able to win Purvi's hand in marriage. This was celebrated and made right with their engagement ceremony, where they were blessed by their parents, the rain... and US - their hard core fans! 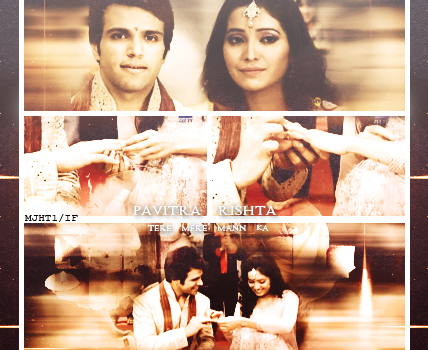 Pic credit: MJHT1 (The up-loader)
After one failed attempt at getting marries, two ill fated marriages of inconvenience to other ppl, one  beautiful daughter and lots of trials and tribulations, Arjun and Purvi FINALLY tied the know, took their vows their hearts spoke ages before and got married in the eyes of man - for they were already married in the eyes of God and Love (and US).

The night of all nights!!! The official suhaag raat was what we all waited for with bated breath... and our ArVi didn't fail to disappoint us with their love, IN their love!

Aparna Dixit to play a detective in Ekta Kapoor's next

The First Teaser of ALT Balaji's Baarish is the story of romance in ...

THIS Pavitra Rishta actor to play an interesting role in ...