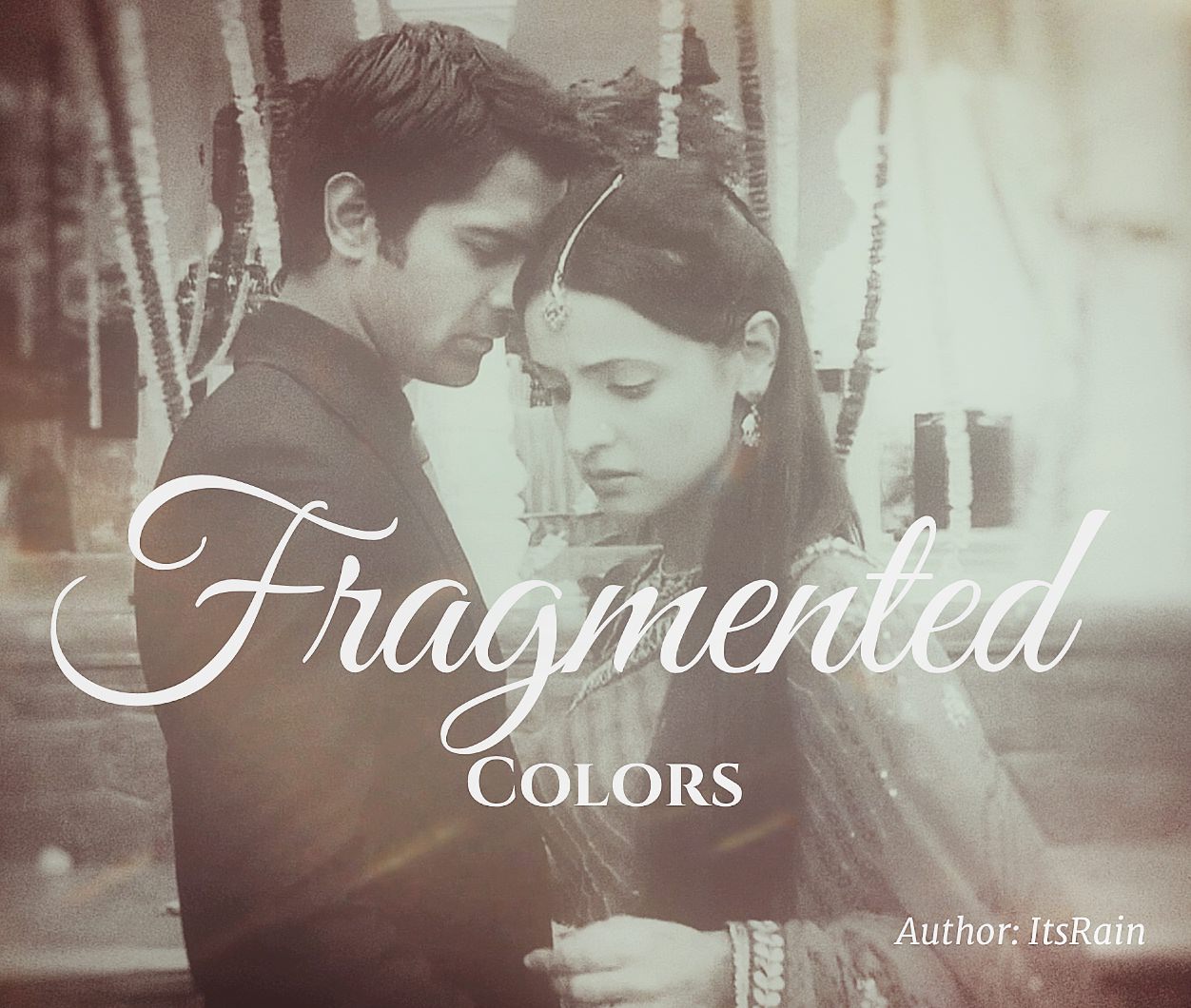 Some of you may know me from Wordpress or Myeduniya, but I am fairly new to IF.

I have read so many incredible stories on here, written by amazing writers who are truly incomparable.

Today, I come with my own.

I am no professional, I just simply love writing and this show that we all love so much. Together, this journey began.

So, I present to you - Fragmented Colors - a dimensional story with multiple chapters.

At times it will be fluffy and romantic, with heartbeats and stolen glances. However, there will also be pain, heartbreak and regret - all at the same time.

If you wish to accompany me on this journey - welcome aboard!

Since school is starting again soon for me, updates may be far apart - but they will be up nonetheless.

Lastly, I am forever grateful for the response on my writing. A big thank you to whoever has read my work. I hope this one will also find its way to you.

To new readers - hope you enjoy reading as much as I enjoy writing this :)

To silent readers - what you think always matters as well, so let me know. It makes me happy!

Once again, thank you, and happy reading! :)

Updates : Weekly, unless said otherwise. (Just add me for PMs!)

Edited by ItsRain - 2 months ago
58 Likes this

Welcome to the world of Arshi writing on this forum. I eagerly look forward to your story

Thank you so much!

Edited by ItsRain - 3 years ago
2 Likes this

waiting to read your ff
1 Likes this

Instinctively, this is his first thought when he opens the curtains to the window in his room. The usually dry, sun drenched ground is soaked, while the mighty trees that normally face the sky have drooped, its leaves looking down as if in defeat. None of the children in the neighborhood are out. They must be bummed about not being able to ride their bikes today, he wonders. He looks on in amusement at a man walking down the solitary lane, trying his earnest to open his umbrella but failing miserably. Looking evidently exasperated, the man looks up and curses, his arm flailing about in anger, as if the rain will listen to his frightening threats. Arnav chuckles and shakes his head at the man walking away huffing, before closing the curtains. Soon the short lived amusement turns into annoyance and he drops on his bed in a lump.

"Sunny California, where are you?!"

He suddenly realizes that he has class today, and dreads the thought of going in this muggy weather. As if on cue, his phone lights up and starts ringing and he picks up, already knowing who it is.

"Thinking of skipping college today?" The voice said on the other line.

"Hi, Dylan. No man, I wish. There's an important lecture held today that I need to attend,"

"Seriously? On this BEAUTIFUL day?"

Arnav hears the obvious sarcasm in his voice and smiles.

"Yes, even on a day as beautiful as this one. I'll catch you later yeah?"

He cuts the call, flinging the phone on his mess of a bed. His mind wanders to what he had just told Dylan.

But what else could he have told his friend? Forget about his friend, he can't even seem to admit the truth to himself. He had no good reason to attend. Then why was he going, despite the pitiless rain, the possible mud stains on his shoes?

In all honesty, he doesn't quite know.

He does know, however, a certain pair of hazel eyes that mesmerized him when they first met his molten brown ones.

Arnav rushed over when he saw papers fly out of someone's books, falling to the floor. The owner of the papers kneeled down and he joined, gathering the ones he could reach. His gaze was immediately drawn to the contents of the paper, and he couldn't help but stare in wonder. It was a sketch of a little girl smiling at a flower in her hands, drawn with meticulous strokes of lead. He appreciated the beauty of the image, the black and white drawing as if bursting with color. His gaze softened and he couldn't help but express his awe.

"Wow, are these drawings yours?" He said, still looking at the sketches in admiration.

A hand quickly took the papers from his hands, and Arnav looked up.

Her voice sent him reeling, and the sight of her left him breathless for just a second.

He had seen pretty girls many times but never had he seen someone so appealing in such an effortless way. If he was in awe of the sketches, he now found himself completely captivated by the sketcher. He saw her fiddle with her fingers before pushing a strand of hair behind her ears. Her cheeks were flushed and she almost looked embarrassed. He realized he should say something instead of helplessly staring at her like this.

"They're... beautiful." His eyes never leaving her, as if he were describing her, and not the papers in her hands.

She looked up, and his heart stilled. Her long eyelashes fluttered once, blinking to reveal deep, hazel eyes. She uttered an almost inaudible thanks, before gathering her things and slowly walking away. Arnav couldn't seem to move his feet, smiling faintly at what a simple exchange of words with this stranger did to him. He already knew that the image of those hazel eyes will come back to visit in his dreams, no matter how hard he tried to shut it out.

Shaking his head at the memory, he slips on a black shirt. It's been almost two weeks since his encounter with the stranger, and it left him thinking about her during the quiet nights, sitting on his bed.

The way her voice sounded shy, but not shaky. The way her hair cascaded down her back in a ponytail, and how a few strands managed to escape, framing her face, the color ebony creating a definite contrast with her otherwise pale face.

He shakes his head again.

He doesn't even know her name...

After a few instances, however, he had noticed her attend this particular lecture that was held weekly at the lecture theater. Fixing his hair, he decides to go for the sake of his own sanity. He is undoubtedly enthralled by her beauty, but he is equally eager to know the person she is, only because she felt so... different.

He smiles at the caring tone in his mother's voice.

"Yes, Ma. I'm going to a lecture, make me some breakfast please!"

Here it is! I'm loving writing this, hope you are reading it as well

Edited by ItsRain - 3 years ago

Fantastic start!!! Looking forward to this one :).. welcome to this forum ..
1 Likes this

Good start. Our boy is really smitten with this mystery girl. I've totally skipped classes during 'bad weather' aka just some plain old rain while living on campus so this is pretty serious

Good start. Our boy is really smitten with this mystery girl. I've totally skipped classes during 'bad weather' aka just some plain old rain while living on campus so this is pretty serious

I see your username has brishti in it? (My nick name is Brishti!)

exclusive
Exclusive Barun Sobti on being away from TV: My problem is the formatting of the ...