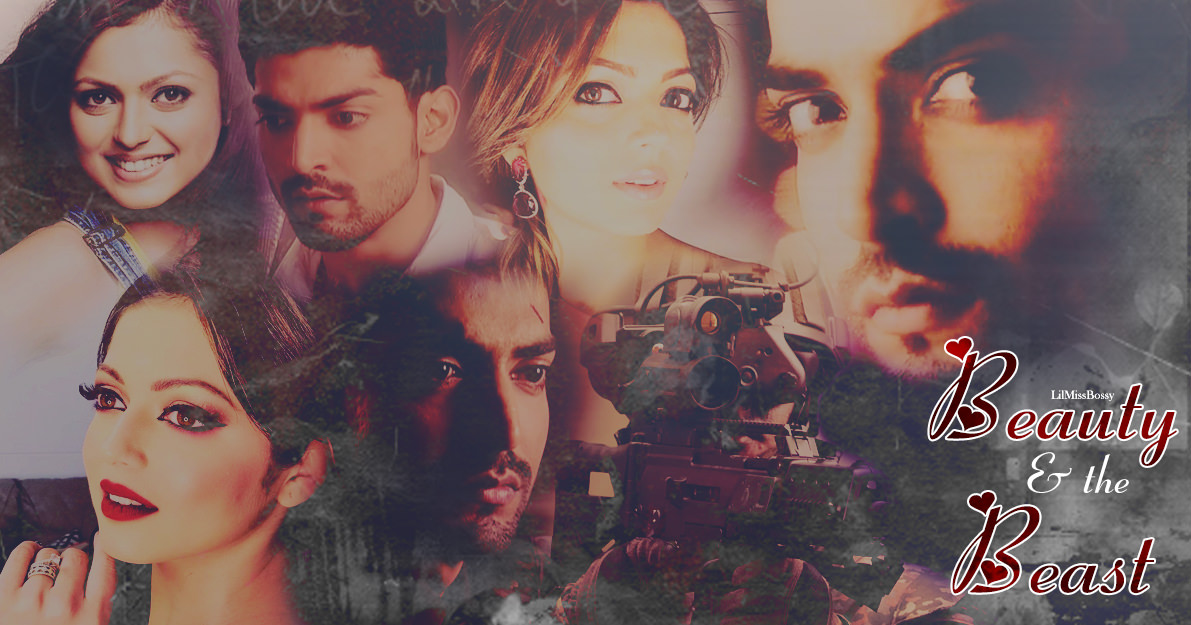 Daniel Lawson has been spotted with renowned Geet Pearson of Pearson Designs. Sources state the duo were only having lunch as he is once again getting his apartment redone. Daniel has responded to our call stating it was just a lunch between working partner and as usual Geet Pearson has refused to comment.

"Have you seen the new article that was printed?" Sean questioned placing the magazine down on the patio table as he joined Geet outside in the garden.

"The bas***ds called me on my work mobile, they should've written what I said to them" she muttered as she dug into her kale and mushroom salad.

"What did you say?" he looked curiously.

"That this call better be about hiring me to do their renovating or I'd be suing them for harassment, mentioning that I've got a very good friend named Elisa Wyatt who'd love to take on the case" Geet winked.

"You threatened them?" Sean laughed.

"People love to be nosy and read articles based on gossip than real news" he answered.

"What are you two talking about?" Tara walked over joining them with little Theresa resting on her hip.

"Just this article" Sean pointed and took his daughter onto his lap. Theresa kicked her legs excitedly reaching for his rough stubbled cheeks. "Hey baby girl" he cooed kissing his daughter making her laugh hysterically at the feel of his rough cheek tickling her.

"You sure? Don't you have any appointments?"

"I've just got the one, I'll send Aryan or Zarina" Geet replied. "I feel as if I've not spent time with my boo" she added.

"He's going to be excited seeing you there" Tara nodded, "He was asking yesterday when you're coming to see him".

"No, I've got something planned" Geet shook her head.

"Fine, no sweets or anything. He told me his teeth's been hurting, he's got an appointment on Monday to see his dentist".

After they'd had lunch together, Geet hung around playing with her niece for some time allowing Tara and Sean spend some time together.

Sean looked out the window smiling as he watched Geet playing peak-a-boo with his daughter.

"Sean, did you hear what I was saying?" Tara walked over placing the dirty dishes into the sink.

"Sorry, what?" he picked up the scrubber and started washing the dishes whilst Tara started wiping down the appliances and counter.

"I was asking, what are we going to get mum and dad for their anniversary" she repeated, "Where are you lost anyway?"

"I was just thinking about Geet telling me something the other day" Sean responded.

"What did she say?" Tara inquired.

"That's for me to know, love" he winked. If there was one thing he absolutely loved about Geet it would be the fact that he could trust her to keep quiet about things he didn't want to share with anyone, and she trusted him to do the same.

"Sometimes you both are... so annoying with these secrets" Tara rolled her eyes, she then looked at her husband seriously, "Do I have to be concerned?"

Sean glanced out briefly stealing a glance of Geet then looked at his wife, "Nope, she'd find her way as always" he smiled confidently.

"Thank you" Tara hugged him from behind pressing a kiss to his cheek, "you've been her support when she refused to indulge us in her secrets". Sean smiled gently and laughed seeing Theresa catch Geet's hair into her tiny hands and wrap them around her fingers completely. Geet winced however she laughed pretending she was crying making Theresa laugh loudly...

"Gigi! Gigi you came" Nick screeched excitedly as he ran out noticing it was Geet that had come to pick him up and not his dad.

"Hey boo" Geet crouched down lifting him up in her arms.

"Gigi I missed you loads and loads" he wrapped his small arms around her neck hugging her tightly. "You're not going out flying again are you?" he pulled back looking at her curiously.

"Not for another week, you've got me for one full week" Geet responded.

"Good, you're mine then okay?" he grinned.

"Okay, I agree to be yours Nick Jaxon" Geet responded.

"Let's get married so we can be together forever and forever" Nick squealed.

"Shall we run away into sunset?" Geet laughed as she settled him on his car seat buckling him in.

"Oh I can do that, I can get you the haribo ring but can you buy me my diamond?" Geet asked as she climbed into her car and started the car.

"I'll get daddy to give me some money" he responded making Geet laugh.

Maan looked at the supermarket store from inside the car. It had taken 4 sessions with Shirley before he had agreed to give it a try. Rajeev had kept quiet, he knew his son enough to know that Maan right now was thinking and analysing his surroundings.

He closed his eyes for a moment recalling the sounds of his late chief who'd died in action.

One step forward is all you need to be pushed in the direction.

One step to overcome the first shiver, the silver of fear that tenses your entire body.

It becomes easier to take the second and third

Ignorance at that time is bliss

Repeating the words inwardly, he placed his hand on the handle and opened it.

Before he climbed out, he turned to Rajeev, "Dad, why don't you head home for now? I'll call you when I'm finished he shopping"

"Okay" Rajeev agreed, he wasn't going to say much more as he knew this was taking a lot of courage for Maan to even consider stepping inside and doing their weekly shopping. Maan inhaled deeply then stepped out of the car and walked across. Though Rajeev had agreed, he wasn't going to be leaving his son, he might not be following him but he wanted to be there in case Maan wanted his support.

Maan didn't miss the second glances he received as soon as he walked in, for a moment he hesitated and had wanted to turn around returning to car. He took soft deep breaths as he pushed himself forward, as his late chief officer had said - ignorance is bliss. He ignored the second glances of strangers and continued inside grabbing items from his mother's shopping list and placing them in the trolley.

After he had finished, he queued up in line to pay for the items, as it came to his turn the cashier had smiled widely greeting him, the cashier hadn't blinked twice as he scanned the items. As Maan went to pay, he noticed that the guy had 3 missing fingers. He offered a small smile, it may be an injury that seemed small compared to himself but it was an injury that was probably affecting the guy and here he was working amongst crowds. "Thank you very much" Maan thanked the cashier who'd packed the items in the carrier bags for him.

"You're welcome sir, enjoy your day" he responded and passed Maan the receipt.

Maan pulled out his phone to call his father when a horn sounded. He looked up to see his father still waiting.

Rajeev climbed out of the car and helped Maan place the shopping into the trunk.

"You didn't have to wait,dad"

"I wanted to" Rajeev responded. As they finished placing the carrier bags into the car, Rajeev turned to Maan placing a hand on his shoulder. "I want you to know I am so so prod of you, Maan" he stated.

Maan smiled gently, "Thanks, dad. It means a lot" he nodded.

"Gigi can I buy a toy?" Nick asked excitedly as he scrambled out of the car bumping into someone's legs. Maan looked down at a familiar face and looked confused wondering where he'd seen the young boy. Geet closed the car door walking around and looked surprised noticing Maan and his father.

"Hi, I know you" Nick tilted his head back.

"Hi" Maan responded with a smile then looked at Geet who'd smiled politely.

"How are your parents?" he asked politely making conversation.

"It's going to be my papa's anniversary with my nana" Nick cut in.

"Oh that's nice, what are you getting them?" Rajeev crouched down looking at Nick in amusement.

"Well we don't know yet, so Gigi is letting me buy my present first"

Rajeev chuckled, "You best get going inside then, I'm sure there's some exciting toys waiting" he winked.

"C'mon Gigi, we gotta go" Nick glanced up at Geet, his eyes widened and his hands clasping onto her wrist.

"Okay, okay" Geet agreed happily and looked between Maan and Rajeev. "Bye, I'll see you both around" she said and was dragged by an over enthusiastic Nick.

"The little boy is cute" Rajeev commented as they climbed inside the car.

"Hmm" Maan agreed, his thoughts however were on Geet. As always, she looked impeccably perfect with her red blouse, black pants and red heels. She'd had her hair in a simply pony tail today. He recalled the first time he'd seen her as Kartik was looking through her instagram. He hadn't ever seen her in a state where she had looked unpresentable.

He recalled the thought that had once gravitated in his mind when he had seen her for the first time. He'd wanted to reach out and touch her seemingly smooth skin, back then he hadn't thought he would have come to such close contact with her but now, she was going to soon work on his home. He still hadn't found out whether the colour of her eyes were actually blue or not. He pinched the bridge of his nose shaking his thoughts off and reminded himself of his achievement today. However with that he was reminded of the achievements of Geet Pearson.

Edited by SweetIndulgence - 1 years ago

i had missed few parts of this story...don't know how and repenting the same...however glad to read this positive episode of maan overcoming his fear and taking the first and most important step...geet surely has an impeccable sense of styling herself but deep down she is also a normal woman craving her alone time with her dear nephew ...having issues to share with sean and also issues from the past...my heart goes out to this vulnerable maan and the strong yet vulnerable geet

I need to collect my thoughts, read a couple of times more to form words for comment.  Edited by Sundari. - 2 years ago
1 Likes this
REPLY QUOTE

Geet threatens the press to keep shut about her meeting with her ex,seems like they were news on them in past too,she trusted her bil and shared her worries with him which she never shares with Tara and her family,Tara even though irked for their secrets couldn't stop worrying herself thinking about Geet
Geet did forget about that night and was ready to enjoy her tym with her nikh,nikh Geet convo was adorable
Finally maan took a step out with lot of courage yet people gaze on him made him to step back,but making his mind to ignore them he was done with weekly shopping,how hard was it for him to do the public appearance,mayb from this tym he mayb less reluctant...
Geet met with them and left maan in her thoughts...
Will maan ever try to share his feelings with her
With his growing courage I want him to take a chance
2 Likes this
REPLY QUOTE

THIS Kasautii Zindagii Kay actor bags a meaty role in Star Plus' ...