To the AT of Varsha Ghotala aka Rupali bhosle AT 5

Rupali Bhosale (born on 29 December) is an Indian Television Actress.She started her career as a Marathi actress.She has worked in many Marathi movies,serials and even in theaters. She made her debut with marathi film Chalbichal directed by Shriram Gojamgunde. She is currently acting for a daily show on Sab TV as Varsha Ghotala (1721).The show is considered as India's First Alien Comedy Show Badi door se aaye hain
Edited by Krish58 - 3 years ago
2 Likes this

Please consider these before posting

Appreciation Thread: Appreciation threads are to be used to praise and appreciate particular favourite actor/actress/celebrity. All discussions related to actor's/actress performance, looks, style and personality can be confined to ATs. Please don't use the AT's as a forum to bash/mock/discuss other celebrities/members/characters, discuss what is happening on the forum or elsewhere on IF or other social networking sites, basically keep it related to what the AT is about.
a. Chatting: We do allow minimum chatting in ATs, provided it is related to this AT alone. Additionally Do not spam with just emotions/numbers to increase post count/pages. Do not quote long quotes.You can quote three posts maximum and they should be small.
ATs are open for everyone, however, do not invade the AT with the purpose to rile up the fans or instigate them. Everyone has their right to voice out their opinions and should NOT be judged/generalized based on their likes/dislikes. If any of your fellow members/friends fails to follow the rules, kindly ask them to edit out or tell them its wrong rather than joining them and aggravate the issues further and equally responsible for carrying forward an unfavourable situation. Hence be responsible and take responsibility because that way you may prevent action taken against your AT thread.

ATs/discussions threads can NOT be used to target other members and NO pinpointing activity/mock or taking digs here toward other fan groups.
b. Report: If you see anyone breaching the rules in any of the threads in the main forum, you will not come here and rant it out about it and snowball the issue further! Instead make use of the "REPORT" button and report the thread by stating the reason clearly. As soon as the Development Team comes online they would take the necessary action.

We can assure you guys that we only takes action where it's legit reason. However, here is a little catch for the stalkers who just want to report in order to get the AT closed down - If you report any post/comments that has no legit reason, you will be reliable for action against you for stalking. It is mandatory to do heinn in this ATI


Badi door se aaye hai is a story of 5 aliens, extraterrestrial people, from a different galaxy, who come to earth with an aim to find their eldest and lost son, 2015.This family consists of 5 aliens - a father, mother, father's brother and their 2 children. Few years back they had lost their eldest son while travelling through our galaxy. Since then they have been searching for him from planet to planet. This hunt has brought them to our planet earth.Will they succeed in their plan of finding their missing son, 2015? Edited by Krish58 - 3 years ago
2 Likes this

No membership is required , all are free to join here . 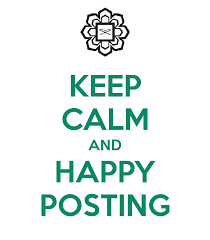 Thanks 4 d new At Krishu

Zee TV's Ishq Subhan Allah to have a NEW ENTRY!

#BREAKING: This 'Ghulaam' actor bags not one, but TWO roles in Star ...

Meet the LATEST entrant in Star Plus' Khichdi