- - - - - - - - - - - - - - -
In an alternate world where everything was perfect, there existed a theme park. This theme park, unlike all other theme parks, was based on something special! It was based on books and everything related to it!
"Viz, Krish, Ana, where are you guys? Weren't we supposed to leave for the theme park three hours ago?" Java asked, frustrated with the lazy trio.
"Sorry Java, Krish was just being lazy, as usual. At this point, I'm not even fazed by it. It's the sad truth." Ana said, coming out of the room while combing her hair.
"Hey saboteur, I was ready a long time ago. You and Viz were the ones delaying this process!" Krish said indignantly.
"Wait, where did I come into this? I've been ready for the past five hours," Viz replied.
"Guys, we're getting late! Stop fighting and let's leave," Java said, tired of their usual fights. Honestly, she sometimes felt like she was the mother of the gang, the Lily of the gang. Viz definitely did not behave like it.
- - - - - - - - - - - - - - -
After an hour of driving, Viz, Java, Ana and Krish reached the theme park, which was called, 'A Night With The Stars'. Java was already in heaven along with Ana but Viz and Krish could not care less about it even if Harry Potter suddenly popped up in front of them.
The four of them went on all the rides possible which included a ride where they could choose an author to read their choice of book to them while they were on rollercoaster! After an exhausting day, Java already felt like it was her best birthday ever, but they weren't done yet.
On the pretense that they were going to the restroom and someone had to watch the bags, the trio left Java alone with their bags in one of the lounges. A few minutes after they went out, the lights also went off in the lounge, leaving Java in panic. However, out of fear of losing the bags, Java just hugged the bags tighter and waited for the lights to come back on while looking around for some sign of life.
Suddenly, a red spotlight came on right in front of Java and in that spotlight stood Viz and Krish, fighting for it as they always did. Java, despite the shock, chuckled a little at the two adults in front of her who were fighting like two kids for candy. Just when it looked like Viz was about to win, a tall and dark man stepped into the spotlight, dressed impeccably in a black and white suit.
"Miles!" Java uttered in surprise, as she recognized the pilot's cap and could make out the M.A. engraved on the cufflinks.
"Hello Javeria and welcome to your birthday party! Honestly, I was just going to hug you and go away but after seeing your friends, I have to say, I really admire your patience!" With that, he came forward and hugged Java who dropped all the bags on the floor and could scarcely make out the indignant shouts from Ana, Krish and Viz in the background but she didn't care.
Next came Cole Sharpe himself, in all his glory. After making his speech, he also came forward and hugged Java, going a little further and kissing her on the cheek. Afraid that Java was going to faint, Ana quickly ran and splashed some water on her face, much to amusement of everyone around them.
As more and more people came forward, the night was turning out to be even better for Java. It truly was a night among the stars.
- - - - - - - - - - - - - - -

Dear
Java, Marshall, Raven, Jake,
You are the sweetest person ever. We love talking about anything and everything with you. We have shared some insanely great times together and will continue to. Though we might be out of touch, we know that all we need to do is just send a message at McLaren's. God bless PS-CC.
Happy Birthday, you amazing human being! We wish you only the best of best. 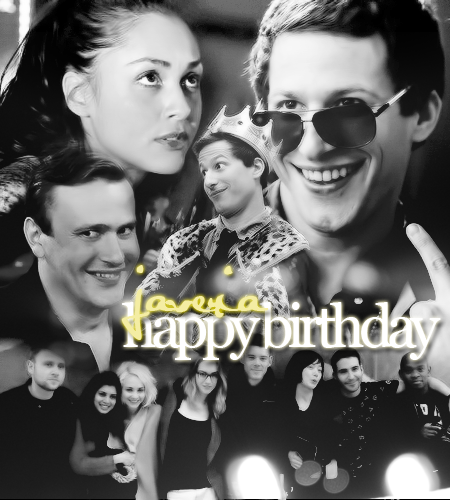 happy birthday marshmallow!
HEY MARSHVEN! <3
I can't believe that we are in the same country and a timezone closer!
editing
Edited by .Username. - 3 years ago
1 Likes this

I am gonna leave a longass love letter for you too, after lab!
0 Likes this

Wish you many more happy returns of the day. Have a blast.
0 Likes this