Shantanu Maheshwari AT #01 - King Of Dance B|

Intelligent, dedicated and mischievous in a way that the glint in his eyes always gives away, He is sharp, witty and a whole lot of fun, spreading joy and laughter wherever he goes, and he'll hopefully do the same on the sets of Jhalak too! He has always termed himself an 'observer' of people, and his warmth and encouragement towards everyone around him has given him the reputation of a wonderful person to work with too. Never one to brag about his own skills and talents, he is also one of the best team players the industry has seen in a while, always putting the cast and crew of any show he is working on before himself, standing up for them and genuinely treating them like family when he chooses to term them so.

Shantanu Maheshwari came into our lives as the character of Swayam in Channel V s cult youth show Dil Dostii Dance (D3 ), and his character of Swayam Shekhawat, the quintessential lover boy, remains to this day one of the most loved and most remembered characters from the show. He also went onto win the ITA most popular on screen pair award in 2014 along with Vrushika Mehta for D3.

The second great milestone in his career came at international Hip Hop competition World of Dance in Los Angeles in 2015. He led his dance crew Desi Hoppers to a phenomenal First Place win as well as the title of Crowd Favourite. They were the first team from India to ever compete on that platform, and truly did their country proud with their Hip Hop and Bollywood fusion act earning them a well-deserved victory. Shantanu Maheshwari, along with his Desi Hoppers crew, was invited by the "America's Got Talent" team in 2016 where they performed and got a standing ovation from the judges. As an actor he is currently working in MTV's fiction show Girls On Top and has worked in several episodics , was the face of  Hewlett Packard  Pavillion X 360 last year to name a few. 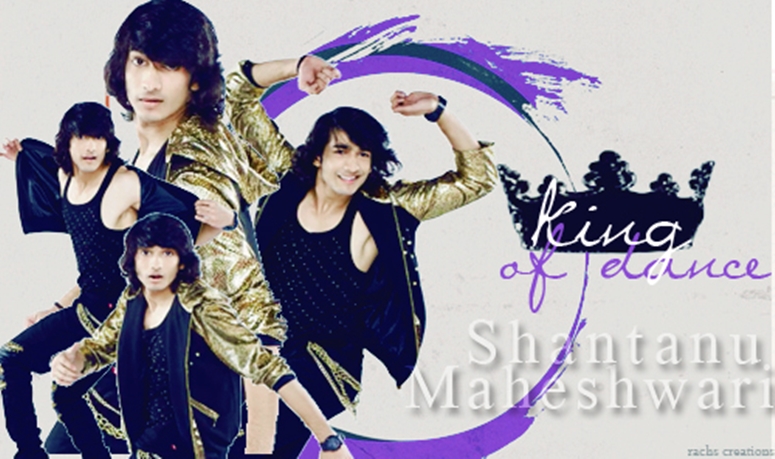 His choreographer on the show is Alisha Singh, his colleague from Channel V's fiction show, Dil Dostii Dance. His forte is Hip Hop and he is excellent at Bollywood because it's his most loved style, but all other forms will be as new to him on Jhalak as they will to any other contestant. He has plans to try dance styles that he hasn't really explored so far " namely, ballroom styles such as the foxtrot and jive.

About his Jhalak journey Shantanu says: "Being a dancer will make my Jhalak sojourn a tad harder for knowing the craft the judges would expect much more in terms of visual differences in each round as compared to what a non dancer will be expected to deliver week on week. It's not about who's the best dancer but about who progresses the most. We need to be able to visually show the difference in our dance. So it's actually tougher for all of us. Knowing Alisha helps because I'm am an introvert, and if you're not comfortable with someone on stage, it shows."

We have watched and loved Shantanu s acting and dancing over the past 5 years, along with his irresistably cute smile and we can say with more confidence than ever today that with  unwavering hard work, grit  and talent he will set the standard of dancing in Jhalak very high.

His performance videos, interview, promos will be updated here.

Since he has a background in dance, coupled with an undying passion for it, he has always attempted to try out new styles, forms and concepts. Having said that, it is true that he has had no formal training at any illustrious dance institute. He has attended a modest dance academy in Kolkata as he grew up in the city, but the rest of his training has been more or less self-imposed, through being a part of Street Soul Dance Crew in college (HR College, Mumbai) and later through dancing on D3 and international competitions and events. Here are links to some dances of his.

D3 Solo dances of his and Group Performances

Performance in China's most watched show Day Day Up'

Performance at America's Got Talent 2016

Appreciation Thread: Appreciation threads are to be used to praise and appreciate particular favorite actor/actress/celebrity. All discussions related to actor's/actress performance, looks, style and personality can be confined to ATs. Please don't use the AT's as a forum to bash/mock/discuss other celebrities/members, discuss what is happening on the forum or elsewhere on IF or other social networking sites, basically keep it related to what the AT is about. Furthermore, only singular AT's for the contestants/judges/hosts will be allowed, members will not be allowed to make 'couple' 'joined' AT's for contestants on the forum.  Any such AT's created will be closed.

a. Chatting: Members seem to be more into chatting so please reduce the personal chatting because we do have a chat club for that purpose so keep that in mind. However, we do allow minimum chatting in ATs, provided it is related to this AT alone. Additionally do not spam with just emotions/numbers to increase post count/pages. Do not quote long quotes. You can quote three posts maximum and they should be small.

ATs are open for everyone, however, do not invade the AT with the purpose to rile up the fans or instigate them.  Everyone has their right to voice out their opinions and should NOT be judged/generalized based on their likes/dislikes. If any of your fellow members/friends fails to follow the rules, kindly ask them to edit out or tell them it's wrong rather than joining them and aggravate the issues further and equally responsible for carrying forward an unfavorable situation. Hence be responsible and take responsibility because that way you may prevent action taken against your AT thread.

We can assure you guys that we only take action where it's legit reason. However, here is a little catch for the stalkers who just want to report in order to get the AT closed down - If you report any post/comments that has no legit reason, you will be reliable for action against you for stalking.

c. Penalties: If the DT sees more than 3 people breaking the AT rules constantly for a week, the effects of violations will kick start, which go as follows:

Seventh - Get rid of AT completely from the JDJ Forum/Shift it to Celebrity Fan Club Forum.

Awesome thread, and very organized, thanks for making one!
REPLY QUOTE

Count me in please..

Thanks for making it..
Shantanu Maheshwari is the best dancer
REPLY QUOTE