I am happy I'm not married: Asha Parekh

"I am happy I'm not married - Asha Parekh 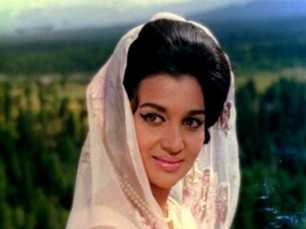 A crown of a bouffant, winged-eyeliner, carroty lips, twirling and trilling and even trembling to Aa aa ja...Aa aa ja... with the hero in fitted churidars ... Asha Parekh was the prototype of the Hindi heroine in the '60s. Interestingly, the erstwhile dancing queen of showbiz says she became conversant with spirituality early in life.  "My mother (Sudha Parekh) was suffering from paratyphoid when I was a kid. She was almost on her deathbed when she saw Sai Baba one day. He said, Tum mere saath chalo (come along with me)'. She replied, How can I leave my daughter? She's so young'. Sai Baba went away. Since then she had implicit faith in him. We would visit Baba's shrine at Shirdi every year. Whatever I am, it's due to him and my parents (Bachubhai Parekh and Sudha)," she says.

It was also her mother, Sudha, who noticed her yen for theatrics. "Once we were travelling in a train. I kept entertaining the fellow passengers by making faces," smiles the actor who then went on to learn kathak. But when years later she became a star, her parents never made her feel like one. "They would put me down if I ever showed any airs. My mother was a powerful woman, the driving force in my life," she smiles.

Amidst a constellation of heroines, Waheeda Rehman, Nanda, Saira Banu, Sadhana and Mala Sinha, she was the jubilee girl, who rolled out hits with every hero, right from Joy Mukherjee (Phir Wohi Dil Laya Hoon, Love in Toyko) and Biswajeet (Mere Sanam) to Shashi Kapoor (Pyar Ka Mausam) and Rajesh Khanna (Kati Patang). "I began by playing the glamour girl. My films had good music, which helped. But the critics thought I could not act. Mr K P Singh, a revered critic, used to write for The Times of India. He never wrote anything great about me. But when Do Badan was released he wrote a paragraph praising me.  I was really, really thrilled," she laughs.

She doesn't deny the spirit of competition, which existed even then. "Rivalry was very much there. Like when we attended premires, everyone wanted to look their best. I'd say to myself, Sadhana will be wearing gold, and Saira diamonds. So I should be wearing pearls," she laughs recalling how the premiere of Mughal-E-Azam was an unforgettable spectacle. "The film's tins were brought in by elephants. Almost the entire industry was present," she shares. She's still friends with Waheeda, Helen and Saira. She's sad about losing friends Sadhana and Nanda. About Waheeda having gone all silver she says, "I envy her white hair. She looks gorgeous. White hair doesn't suit me so I have to dye mine."

Though she doesn't name them, there were many films which she does regret' having refused. Incidentally, blockbusters like Seeta Aur Geeta and Aradhana was rumoured to have been offered to her. Asha says she owes much to her makers who not only repeated her in their films but also made her go for the untested. She names Sashadhar Mukherjee and Nasir Hussain (the producer and director gave her a break in Dil Deke Dekho), Pramod Chakrovarthy (Ziddi), Raj Khosla (Main Tulsi Tere Aangan Ki) and S S Wasan (Gharana) amongst the top influencers. About the late Nasir Hussain she says, "I learnt direction from him which I applied while directing my TV show Kora Kagaz." After playing a village belle in Mera Gaon Mera Desh, Raj Khosla gave her the role of the other woman Tulsi in Main Tulsi Tere Aangan.

More of a buddy to her co-stars, her bond with veteran Shammi Kapoor whom she called Shammi Chacha remains special. Why does she address him as Chacha inspite of romancing him in half a dozen hits? "Geetaji (Bali, his late wife and actor) used to be around on the sets of Dil Deke Dekho. She'd do my make-up when my make-up man didn't arrive. She'd pick me up, put me around her shoulders and move around as I was quite young. She'd tell Shammiji, Let's adopt her!' Since then I began calling them chacha and chachi. Today I call Neelaji (Shammi's second wife) chachi."

She shares further, "I was a child artiste in Madhubalaji film Jwala (M V Raman). The minute she would enter the studio gates, the whisper would go round that she had arrived. She was so regal." She narrates another incident, "Once Vyjyanthimala was shooting for Amrapali, while Shammi chacha and I were shooting for Teesri Manzil nearby. Shammi chacha said, "Let's go and see her'. When we went there, she was dancing on a round stage. She looked like an apparition in white, a statue in a temple. She looked breathtakingly beautiful, what a figure she had! A huge mirror was brought to her each time she wanted to check herself." 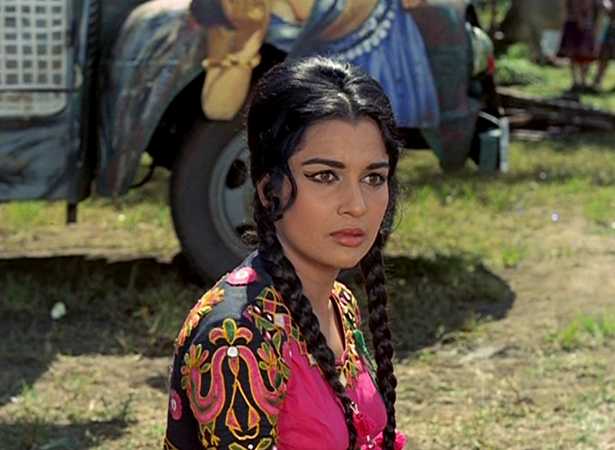 A career crossing 50 years has included films, dance, a distribution business, directing and producing TV shows (Kora Kagaz, Kangan) stint as President of CINTAA (Cine and TV ArtistsAssociation) and Chairperson of the Censor Board among others. But the Asha Parekh Hospital in Santacruz has always been a pet project. While most of her co-actresses chose to get married, Asha remained single and enjoyed a squeaky clean image, except for rumours about her long standing friendship with the late Nasir Hussain. "It was destined that I should not marry. My mother did search for grooms. But it just didn't work out. I'm very happy I'm not married. I can see the stress that exists between parents and children today." She denies feeling lonely. "No I don't miss a companion. I'm not an introvert. I've friends and I talk to them. If marriage is not in your destiny, your spouse may leave you or he may die. And you may be left by yourself again. You come alone and you go alone. If you're not destined to have a husband, you won't have one," she muses. Has she ever thought of capturing her life in a chronicle? "I have to be truthful if I write my autobiography. I may be having a few skeletons in my cupboard which I don't want to talk about," she ends.

Its a very nice interview, comes across as honest and gives insight into her. She is happy and thats most important. She isnt bitter about anything and thats such a rarity today. More Happiness to her.
She is amongst the few actresses who gave so many super hits and was called jubilee queen but sadly didnt get her due status. Her role in movies was substantial and the way she said Daddy became pretty popular

Thanks for the interview. She is one of b towns beloved artists.
2
REPLY QUOTE

All old lead actors, side actors, villains, even their dads seem to get Dada Phalke award but not the great actresses of that era. I wish industry and politician rooted for Waheeda, Asha and the forgotten Madhubala, Sadhana and Meena Kumari. How're Prithviraj Kapoor, Sashi Kapoor, Manoj Kumar more deserving than these talented ladies?