Hello people, greetings to all.. I am an old member of this forum and visiting here after long..people might not be recognize me now cause its been almost more than a year i am off from this forum.. but now after so many days i am here to just post this little two shot piece i written recently. life is getting busy so can't concentrate on writing stuffs like before... writing on abhiya after a decade so i'm afraid that I may not hold the charm like before... but anyways i hope u people will enjoy this one.
Generally this two shot is a continuation of one of my prev abhiya ss a rental house. well earlier i didn't have any such idea to continue the story further from where it ended but some dear friend of my requested me further to continue that SS which i couldn't do at the moment cause i was short of ideas and mind setting to continue. But when after long i go through that SS again i got a small idea bugging in the back of my mind which i am here to share with u people...
Precap: As i said its the continuation of  abhiya ss the rental house. In short the story moves around the lead protagonist piya who has recently moved to a new house in simla and she faced some horrifying super natural incident which lead her to believe that someone is there in her new room whom she can't see but can sense her invisible presence everywhere. She is totally disturbed by those event and the eerie sensation that surrounds her while she is inside her room. There is a white rose plant on the window of her room which is literally the center of incident. Her house holder Madhu Aunty is also a mysterious person but no doubt caring. She has so less idea about her past and family. She only know that her son lives in abroad. So how the incident moved further and how piya adjusted herself in that place and how finally that invisible being who seemed her worst enemy at first changed into someone else which she never ever thought. thats what the story about...
if u wanna go further please go through the link below and you will get the full story to read...
Abhiya ss: the rental house..
http://www.india-forums.com/forum_posts.asp?TID=3567935
now some little introduction to the present situation..if u have go through the prev SS alreday then u might know the ending. Now Piya is still living in that house all by herself. Once living there was nightmare to her but now she just can't wait to come back there  and meet him. Now lets peak a little into their life now.. how a living and a dead being is sharing their perfect moment together with the promise of togetherness for eternity. 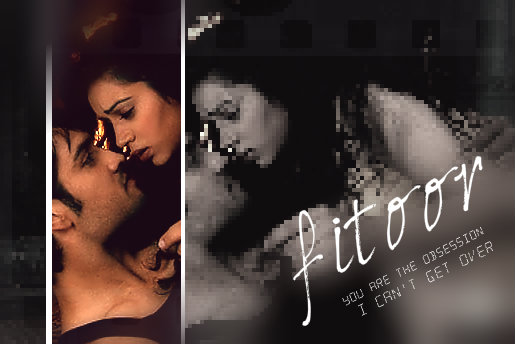 Edited by BabyHimavari - 3 years ago
22 Likes this

Oh my god ! I love the rental house ! I am a new member and this story is one of my favourites :D I always wanted a sequel , I am so happy u r continuing this :) please continue soon dear

Wow awesome...that was my favorite story.
Thank you so much for adding some wonderful moment more to it.
Love you for this
Can you please update sajni too??
Thanks for pm
Please continue soon
Eagerly waiting
Please soon han..
0 Likes this

I loved it ! Abhay is as flirty as ever

Hey very happy to see you back on IF. Would like to see you do other stories as well.
0 Likes this

Breaking
Breaking Sukriti Kandpal to be part of Peninsula Pictures’ supernatural on ...

Amidst rumours, Vahbiz Dorabjee pens an open letter to people ...

After bagging a show, Sukirti Kandpal gets REPLACED

On completing 11 years, here's what Vivian Dsena has to say

Here are the LEADS of Zee TV's upcoming awaited show

Neetha Shetty Share Some Fun Facts Of Her Life