What are the Causes of Kalinga War ?

In the 12th year of his reign and the 8th year of his coronation, in 261 B.C., Asoka invaded Kalinga.
From the view point of Mauryan imperialism, the conquest of Kalinga was considered necessary for various reasons. From the side of Kalinga, her freedom-loving people were powerful enough to resist the invasion with all their might.
As a result, the Kalinga War became one of the most violent and terrible wars of ancient times. Its outcome became epoch-making to make it one of the most famous wars of world history.From ancient times Kalinga maintained her identity as a powerful state. It extended from the river Ganges in the east to the river Godavari in the south, covering the eastern seacoast of India. Its northern frontier touched the southern frontier of the Maurya Empire. Modern Odisha covers the core areas of ancient Kalinga.The power of ancient Kalinga is known from several facts. With many sea ports on her coast, Kalinga was a maritime power with oversee colonies. Her merchants and sailors crossed the Indian Ocean to carry on prosperous trade with south-east Asian countries. Ancient traditions of Burma refer to Kalinga colonies in that country.The mighty people of Kalinga had established an empire in Burma long before Asoka led his victorious soldiers into Kalinga". From the Buddhist and Jaina sources also one gets references to Kalinga's maritime activities. For the fertility of the land because of rivers, and for commercial enterprises outside, the Kalinga people were rich and prosperous.
The Military power of Kalinga was also formidable. Ancient sources refer to Kalingas elephant forces as a cause of that strength.

The Greek ambassador Megasthenes who lived in the court of Chandragupta Maurya referred indirectly to the military power of Kalinga. According to him, the king of Kalinga in the days of the first Maurya Emperor, maintained for himself a standing bodyguard of "60,000 foot soldiers, 1,000 horsemen, and 700 elephants". If the king required such a big force to protect himself and his palace, he must have maintained a very big and powerful army to protect his Kingdom.
From the accounts of the Greek writer Diodorus it is known that the Kalinga people possessed the largest size elephants. "Owing to this", he wrote, "their country has never been conquered by any foreign king, for all other nations dread the overwhelming number and strength of these animals". Kautilya/Chanakya in his Arthasastra also described the elephants of Kalinga as the best of their varieties in India.
The real power of Kalinga is established from the fact that while Chandragupta Maurya conquered almost the whole of India and defeated the Greek King Selucus, he did not invade Kalinga which was so near to Magadha. His son and successor Bindusara who was also a powerful king and was known as the Amitraghata or the Slayer of the Foes', did not think of invading Kalinga. This proves that the first two Maurya Emperors were greatly aware of the military might of Kalinga and did not think it wise to invade that land. 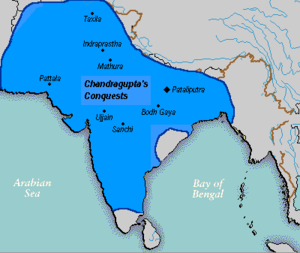 Asoka, the third Maurya Emperor, had also to wait and prepare for long eight years after his coronation to undertake that invasion.
The reasons which prompted Asoka to invade Kalinga seem to be self evident. The conquest of Kalinga was necessary to complete the political unification of India. Since Kalinga territory was like the land bridge between the north and the south, its conquest could result in safe passage for the Magadhan army for aggression in the far south. The Maurya power had also Reason to apprehend invasion from Kalinga from the south. The existence of a powerful independent state touching upon the Magadhan territory was like a direct threat to Mauryan imperialism.
There were other reasons too. The Kalinga people dominated the Indian Ocean and controlled the overseas trade. Their supremacy on the eastern seacoast virtually closed the sea routes in the east for the Magadhan merchants. Similarly, the land routes for internal trade from the Gangetic valley towards the Deccan were also controlled by Kalinga. The economy of the Maurya Empire was thus adversely affected by Kalinga's supremacy over the seas and the he seafaring people of Kalinga plundered some ships coming from outside with costly jewels for Asoka. It is probable that the Kalingans did not permit the maritime journey of the Magadhans in the Indian Ocean. The rivalry between the two powers was politically and economically natural because of their existence nearer to each other.
Asoka, an aggressive man as he was, possessed the resources of an all-India empire to feel bold to invade Kalinga when he was at the height of his power. The Maurya imperialism could not have also reached its logical climax without the conquest of a hostile country across its border.
During the time of Chandragupta, the Mauryan army contained 6 lakh of infantry, 30 thousands cavalry, 9 thousand elephants and 8 thousand war chariots. By the time of Asoka, the size of the army could have been much larger, with fighting forces from all parts of the empire.From the side of Kalinga, it was truly a people's war. Surprisingly enough, Asoka does not mention in his inscriptions the name of the King of Kalinga against whom he fought that deadly war. It was customary in those times for a victorious king to record the name or names of the kings whom he defeated. Asoka did not follow this usual rule. In his inscriptions of later dates he had mentioned the names of his contemporary kings who ruled outside India and to whose courts he sent his ambassadors of peace.
Asoka thus knew how to record the names of contemporary monarchs. But, it is difficult to explain why he did not record the name of the Kalinga king after his great victory over him. Instead, he always mentioned the term Kalinga', meaning the land or the people, in his description of the Kalinga War. Might be, Kalinga at that particular time was like an oligarchical or republican state of the ancient type. But, nothing can be taken for certainty in this regard. The people of Kalinga took up the challenge of the invading forces in full determination to resist. The casualty on the Kalinga side proves the heroic aspect of the war and the courageous resistance the people of Kalinga offered.
Contemporary literary and epigraphic sources are silent about the actual campaigns of Asoka and the nature of battles which the people fought. Asoka's own inscriptions mention only about the aftermath of the war. He does not refer to the number of the dead or wounded on his side.
But, referring to the casualties on the Kalinga side, his inscriptions describe as follows:
"In the eighth year of his consecration the Beloved of the Gods, the King Priyadarsi, conquered Kalinga. A hundred and fifty thousand men were carried away captive, a hundred thousand were there slain, and many times that number died". 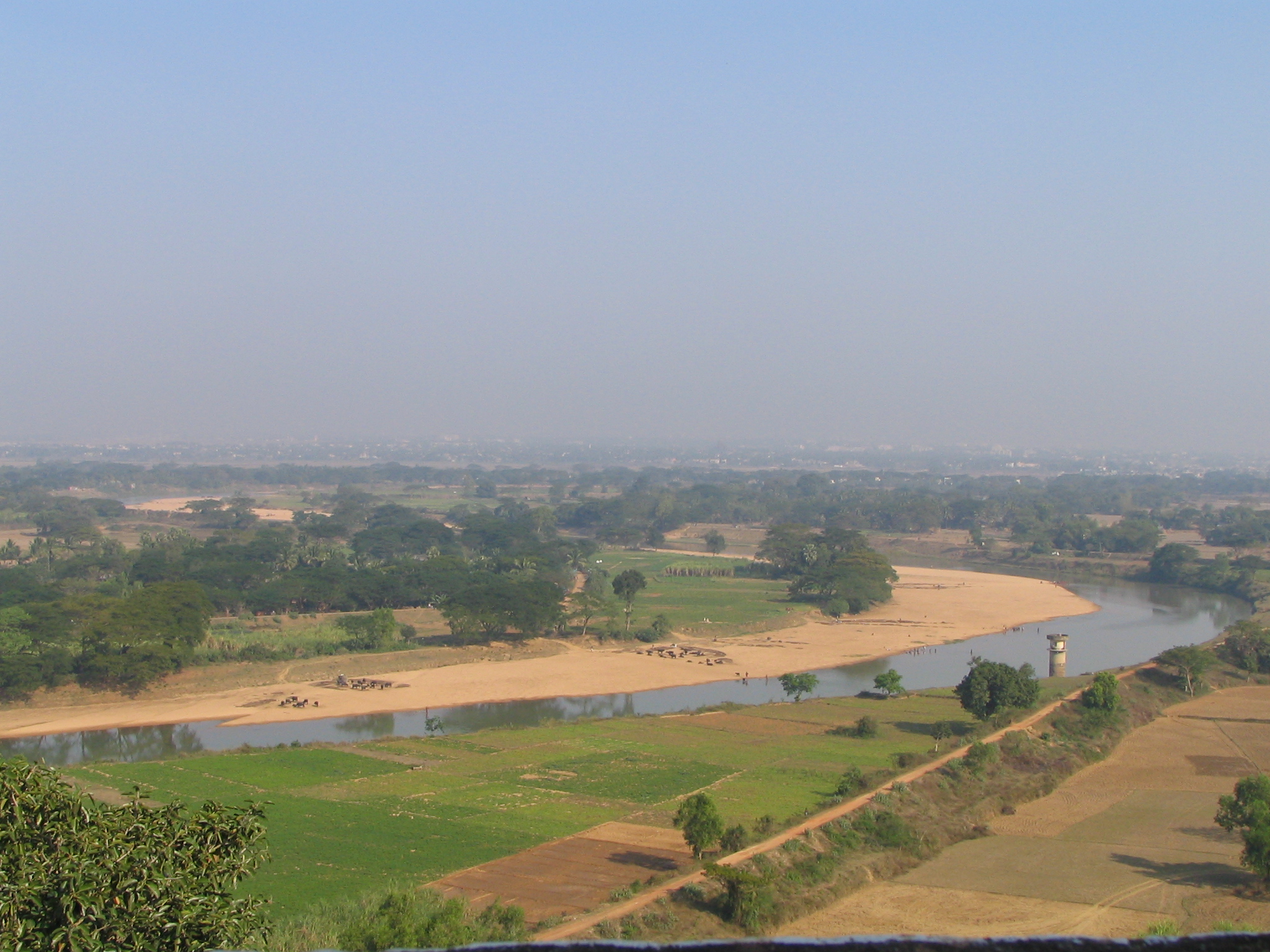 (Kalinga battlefield bank of Daya river,Dhauli hills,Odisha)
This account itself proves of the nature of the Kalinga War. Not many battles of ancient times can show so great a number of the killed or captured or otherwise destroyed. If so many of the Kalingans fell victims to the war, the number of the actual fighting forces could have been undoubtedly much larger. Asoka won the victory no doubt.

(Ashoka envoy declares peace)
But in the verdict of history it is the conquered Kalinga which conquered her conqueror. The results of that horrible war saw a turning point in the history of human civilisation.
4

Your post gives excellent reasons for the invasion of Kalinga. It make sense that the Kalingan war was due to economic reasons rather than emotional ones.(Haven't they always? Just consider why the U.S attacked Iraq.)Ashok, an ambitious man maybe wanted to one-up his grandfather the illustrious Chandragupta Maurya.

Siddharth Nigam on how Salman Khan helped him to get a hike ...

THIS Sasural Simar Ka actress is having a gala time at her ...

This 'Sasural Simar Ka' actress to TIE the KNOT this month

A Dangal REMAKE Is In The Works for Television; THIS Actor ...

Monica Sehgal to host THIS reality show on Zee TV!

Reshma Shinde bagged a meaty role in Contiloe Pictures next ...

Sumedh Mudgalkar celebrates his birthday with his friends

Mohit Raina talks about the rumors surrounding Mouni Roy and ...