Dressing up like a woman seemed difficult to me and I had denied for it: Bhanu Uday

TellyBuzz in an exclusive chat with Bhanu Uday on his role in 'Meri Awaaz Hi Pehchaan Hai'... 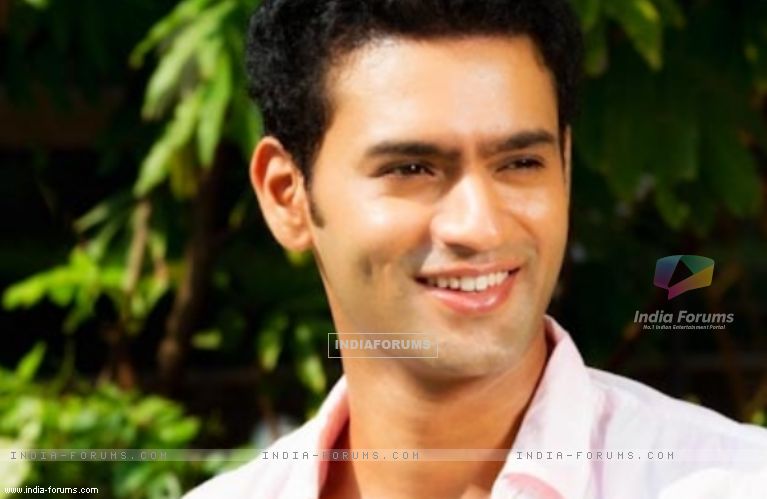 The talented actor has won several hearts with his flawless performance and brilliant screen presence and is now being showered with warm appreciation and accolades from everyone! We are talking about the finesse actor Bhanu Uday, who has enthralled the audience by essaying the role of Rajaram on &TV's newly launched show 'Meri Awaaz Hi Pehchaan Hai' (produced by Nivedita Basu).

Bhanu has nailed his character successfully and is very happy with the appreciations he is being showered with. He sounded quite contented with the wonderful response received for his role. We called him up and had a candid conversation with the actor to know more about his experience essaying the role of Rajaram and much more... Read on to know what he has to share with us...

How does it feel to receive such an amazing response?

It feels really good! This has been the best response that I have received in my career so far and I am overwhelmed with all the love and acclaims from all over. I didn't expect it though because it was a cameo of just 5-6 episodes but I am so grateful to our director Kushal Bhai, Nivedita Mam and the entire team for loving me so much and nurturing this role so well!

What has been the biggest compliment you have received for your role so far?

I can't pick any one in particular. Actually this has never happened to me before and everything is just so new to me. I am getting so many compliments that I haven't even been able to register them. It's like a wave and I am just getting wet in it without knowing what's happening with me. I would say that I am just stuck in the wave for now and it's a great feeling altogether!

How challenging has it been playing this character?

Honestly speaking, there has been a lot of effort that I had to put in for essaying this role. Initially, I was quite scared of playing the part where I had to dress up like a woman and dance. When they first approached me and narrated me the role, it seemed quite difficult for me to do and hence, I denied saying that I won't be able to do it. Then our director Kushal Bhai convinced me and encouraged me saying that they believe in me that I can do it. We did our singing workshops well but we couldn't do our dancing classes that well because the New Year was nearby and all the choreographers got busy by then. When our choreographer came on the set, I had to shoot during the day and rehearse for the dance at night. It was hectic but the kind of response I am receiving from everyone, has made everything worth it.

How difficult was it to dress up like a woman?

(Laughs) It took me four hours on the first day. When I first walked on the set dressing up like that, our choreographer Firoz bhai told me that you are looking so beautiful that 30% of the song is already done. The production people were more concerned about my look.. that I should look beautiful in that get up. The make up team and the stylists were very good and they made me look beautiful. It was tough and a time consuming process - It used to take 4 hours for me to get ready and 1 and half hours to remove the makeup.

Do you feel this is going to prove as a turning point for your career?

I really hope so... with the kind of response I am getting from everyone. Everything is in the hands of God and I am just happy with the fact that I got an opportunity to work for this show and getting so much of love in return. Only time shall tell whether its going to be a turning point for my career or not.

What has been the reason behind taking up the character? Also we would like to know about your experience shooting in Wai...

I can't praise enough for our director Kushal Bhai for loving me so much. He collaborated with me to create this character. Shooting in Wai has been an awesome experience because when you shoot at a location far away from your home then you get drowned in that world. A location gives you a lot. I have to praise Nivedita Mam that its her first production but the work has happened so smoothly and well that we never felt as if we are shooting for television; it felt like we are shooting for a film. The show has the highest level of actors and technicians. The agenda of Nivedita Mam and the entire cast and crew was to create something so awesome which the audience would enjoy watching and not make us feel like we are doing television.

You are soon becoming a Dad in real life... How excited are you about beginning a new phase of your life?

It's probably a great phase in my life to welcome so much of happiness and excitement at the same time. I am already receiving so much of love and appreciation for my work and this happiness as well. It's overwhelming!

What kind of roles are you looking forward to play?

I want to play challenging roles that helps me grow as an actor. I have no agenda to work for fame and money. I always had this agenda and probably it's because of that, that I am here today and all this is happening to me. My agenda has always been to enhance my skills. I keep doing things to become a better actor and the purpose of my life is to become the best actor that I can be.

Any message you would like to convey to the audience for their love?

I am overwhelmed with all the love that I have received from the audience. I just want to say that I love my audience and I would really like to thank them for all the love and support.