I think kids will meet at school...
Taii is so thankless and so is the help

Nisha the language is so good to read
Looking forward to it!!
3
REPLY QUOTE

Just saw this story and instantly hooked with the Marathi :)
But...I am somehow seeing similar characterization as sosy though the setting might be slightly different
1
REPLY QUOTE

Ayyo this is perfect witch...I can just imagine her wrinkled and gnarly hands...feel like slapping and pulling her hairs...if she has any

Feeling bad for both Neel and Suvi...

Probably cos of what it name suggests , every update of Indradhanush unconsciously has me looking at it as a canvas. This one is morbid, bleak, and gruesome creating a very dark and morose canvas on which the characters are painted. Suv, neel, Nihar, Ritwik Shinde.., Tai...
The canvas so real, so dark cos...
There's so much of pain , hurt and anger in suvechha Dhabolkhar . The sense of loss and hurt is just as equal in Neel and Nihar.
There's so much amorality in Rutwik Shinde
There's bitterness in Tai... So much that it makes the white innocence in Adhya to withdraw disappointed at being shunned

Tai... What a realistic portrayal of What she essentially is ..." women of the time misogynistic".
There's so much bitterness in her ...she is vice, has a sense of entitlement, exploits others , manifests envy, ... Conniving, stealthy
Her behaviour is passive - aggressive characterized by a need to control or punish others through frustrating them or sabotage

This canvas is dark and grey now. The mood somber. Nisha waiting to see you turn this canvas in to multicolored sevenfold hues of red, orange, yellow, green, blue, indigo and violet.

More power to you. Only one word ... Awesome

Thank u so much for reading
I am sorry it would give you the impression
BUT
Neel and Suvechha are both "normal" people not over achievers, not arrogant  in their intellectual prowess
Suvi's English is poor, she is not a chatter box, she is not enthusiastic and giggly and naughty
He had no clue which grade his child was in until his wife passed, he has never cooked in his life, he is not "stylish" doesnt have carelessly affluent taste
Suvechha is not a brahmin, Neel is.
The elderly range from indifferent (Neel's mother) to nasty (Suvechha's Tai)
There are no strong familial or sibling bonds
they are not ultra wealthy

This story is more starkly middle class than the other
Neel is the head of Delhi Ops for the ad agency but thats not his "life goal" like R&B's is
Suvechha also "got there" to the role of Creative Director... somehow...
Her husband was already married, she LOVED him, and lived with him until it all came out
R&B has no betrayals to deal with, he loved his wife dearly, she passed away

Kids are kids... they are innocent and honest and sincere. If the kids in this story had to be different then they would be giving the parents Mata Rani advice
I try to write fiction where my kids NEVER do that, I am sick of Bollywood "menopausing" them 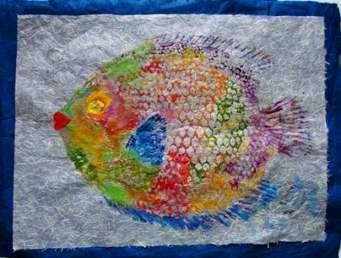 Aaii and Tai are all I have

I love to speak and hear them speak

A life without people and love

Makes me lonely sad and restless

Finds itself dumped and will soon stink

I was dumped with my baby before I realized the mess

I had landed myself and am soaked neck deep

My creative ideas swim and glide

The sting and smirk dished out by life I have accepted

I feel like the fish that landed in the bin

Adya the only LED beam in my dark and scary world

My mom and I were inseparable

She worked with precision to run our life

An unmatched combo we were

Stark and sterile like the cold concrete jungle around us

When will a magical  rainbow  emerge

Sorry Pritee but he is in company housing in Gurgaon, she is 47 kilometers away across the Yamuna river in a group housing Society.