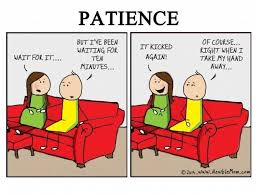 He was obviously stronger, her kaftan riding up her thighs, he slid his cold "outside" hand slide between her legs and rubbed in her soft warm skin
She kicked and arched pulling her legs apart

He kicked her foot back drawing them closer

They necked and breathed on each other angrily and necked, unwilling to be the one that kissed first, pausing on the lips many times with audible groans

"U are not even drunk" she sobbed on his throat

"Lying's surely not only your USP?" he mocked

She lay back down wearily

He gently gathered her up

"U hated it didnt you?" she asked

"I dont want to talk about it right now" he said angrily, he was half laying on her

"U have no idea what anticipation means, my parents wait for this day the whole year" she acused

"I said I DONT want to talk about it"

"SUBAH se tumhara shaqal chara hua hai, BE MATLAB, Iyer food or Iyer customs are not new to you" she said bitterly


they stared at each other angrily, "U were FINE until u took that bath" she realized

"Did someone say anything to you?" she asked censuringly

they heard footsteps... he pulled the sheets over her legs, she swung her legs off the sun room bed, fixing the hooks on her kaftan

He was fully shaven today, he looked good enough to eat

He laid back down, as she got off the bed

She went to the open door

She smiled and pulled her hair back, "Sir shaayad soyenge" she told him

she went down to fix dinner, subzis were made dal was ready, salad was chopped, she craved for Punjabi
khana, she opened the lid on a crystal bowl, the most delicious paneer floated in a cashew gravy, Nivi kicked as the aroma reached her

"amma's favorite... the only thing Amma loves in this house now" II quivered

SHE WAS TAKING A NAP?
SIGH!!!!
SO CUTE
I AM HUNGRY TOO KANNA
I AM GOING TO EAT NOW

She burnt a roti, left it singing as she took the back stairway up

She tried not to run

And began to cry

WHAT THE HELL WAS HE DOING?

Ranjan bumped into her in the 1st floor lounge, "arey" he held her


R&B stood rinsing his right hand at the master bathroom sink, two help and one electrician stood by him

He looked at her through the mirror and turned, startled

The electrician and house helpers stepped back

Ranjan dialed on his phone "Dr Baig?" he barked

Ii watched blood flow into the sink, Mahavir went down , and then ran back up half way through opened the 2nd floor living room frig and pulled a tray of ice out bagged it

"Dad its not stopping" II cried

"WHAT WERE U DOING?' II shrieked

"U were teetering on a ladder on the 2nd floor balcony?" II asked horrfied

"I wasnt working on a stunt II, I reached out and pulled so he could estimate the length of the wire, the ladder tipped" he said inredulously
"If it tipped you over?" II asked clamping a hand on her mouth

Ranjan leaned on the wall and looked at his son, his face losing all color... "rabba" he sobbed

the visual of his fallen wife at Hong Kong suddenly flooding his memory, R&B lowered his gaze as he recollected that fateful day
ranjan's eyes met R&B's through the mirror


Their worst enemy wasnt each other... it was their memory

"Can we go to the urgent care near Ashok Hotel?" II begged

He pulled his wife closer  "Listen to me" he ordered

The blooded oozed down his elbow runing his old softened BR tee... splat a big red drop fell on the marbled bath floor

"Paani laayenge please?" II asked mahavir pressing the ice down on him,


Ranjan stood quietly in a corner, II couldnt watch, he tried to flirt with his left hand as the Doc and nurse dressed his hand, she smacked him hard

The Doc tried not to chuckle

"Atleast he knows what he wants" the Doc joked


Mahavir took the do & assistant downstairs for dinner

"Tujhe rab da vaasta, rehem karin bache" he pleaded with his son, hands folded,
expressing how much he needed his son... the estranged indifferent, aloof detahed son
Unable to conceal his affection and love, and need
Letting it out in the moment of weakness... he realized R&B didnt care for such displays usually, more so
in the last 5 years, he had a strong aversion to any such looks or words from Ranjan

"I am fine" he reassured calmly

"Its only a gash" R&B explained softly

"Seedhi khisak jaati to?" he asked, terrified... shaking his head repeatedly... shaking the thought off his mind

"I am sorry" R&B said spontaneously, if he hadnt been drugged up and if
he werent married and if he were his cynical self from Nov 2014 he would have never apologized

"Why? Are u reminded of the way u killed my Ma?" he would have asked

He now said "Sorry" instead...

And sat aross from his son, and continued to mumble

R&B looked for his wife, she was nowhere to be seen she was leaning up the bathroom,
she brought him a clean tee, he pretended to be hurting she helped him take his bloodied one off and put the new one on him, as Ranjan texted, not trying to look

she drew the curtains... the workers were done, the house was lit up... the living room was bright even without the wall lights

"U need to fix him a drink" R&B joked

Ranjan looked at his son and smiled... amused... as he sniffled

Ranjan took it down to eat with the Doc & assistant

II scooped some dal and took it to his lips

He opened his mouth and half smiled, as she shoved the spoon not so romantically

"Dont push it, I might just slice the other hand off" she cursed passionately, "Mouth is all u got then" she whispered, giving him a finger kangi

He pushed her down as the spoon clattered to the floor...
"Mouth's all I need" he whispered, devouring hers

This chapter shall be on the top of my favs list

Bas yu Hi??
Kal ke review ke den and now ka perfect walk ahead in the memory lane moment tha aj.
Sorry...that sorry...it made my day.
Bas yu Hi they got bck to normal
Bus yu Hi the father and son behaved normal
Bas yu Hi they could still talk to each other after ma's memory crossing their mind.
Life itni simple batoon see thikh ho jati hai
We keep pondering on issues but life gives us little rasons to smile and live through all that breaks us

Nam
They all intrinsically care for each other
I could have done a massive confrontation, with hours of dialogs or chosen to show how deeply they are all invested in each other

Nam
They all intrinsically care for each other
I could have done a massive confrontation, with hours of dialogs or chosen to show how deeply they are all invested in each other

The blood n stiches brought old memories back..
I was hit by  bicycle in third standard, got 2 stiches where my left eyebrow ends... Still I have a mark...
My favorite blue frack with small small apples on it was completely soaked in blood...
3
REPLY QUOTE