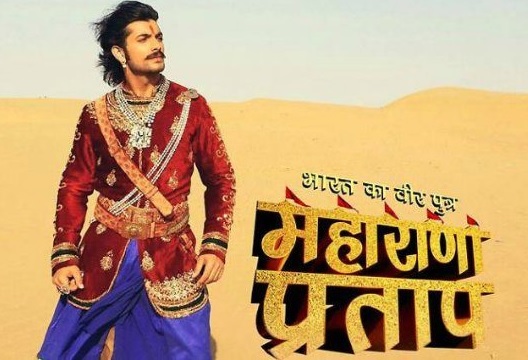 One of the most loved shows on Sony TV, 'Bharat Ka Veer Putra - Maharana Pratap' produced by Contiloe productions would soon go off air. This indeed, comes across as dreadful news for its viewers, as they won't get to see the show for long.

According to a report from a daily portal, the show would end by 4th December. The same has been informed to the cast and crew of the show, after which many of them expressed their grief and disappointment.

The show was expected to make a further extension, but the channel has decided to pull it off air and hence, the creative team is now cutting down the story tracks to give it an end, within the stipulated period.

We buzzed up actor Sharad Malhotra to confirm to the news. But he refrained from making any comments on the same. He said "I am an actor and it's not possible for me to make any statement further".

Also, when we called up actress Rachna Parulekar who was also a part of the show, she was astonished to hear to the news. She said, "I had heard that the show will bring in some good changes, but had no idea about it coming to an end. I am really shocked to hear this".

Well, the news is still awaiting a confirmation as there hasn't been any official statement from the channel yet.

Its not confirmed yet I think...??wats ur thoughts...?
0 Likes this

It is so silly.Maharana pratap was known for his struggle for survival against the war with the Mughals.His life after haldhighatti is so well written in history. They are going to skip that???
2 Likes this

Though the show has nothing left now after butchering all the great characters so badly and ajab's death and this fictionalised haldighati, i still agree with @phil. It so silly not showing all those parts which the maharana is particularly known for.Edited by ramya06 - 4 years ago
4 Likes this

They wasted so much time in showing bs tracks and now the most important phase of MP's life is being cut short!!!! its all the fault of the PH and writers of MP for not realising that no one is immune to getting axed in tv!!!!
3 Likes this

TFS well i think the news is true that show is  end, they wasted so many month in stupid tracks  instead of showing proper track after haldigati war MP seeing all success and his life and mewad has come on track and this PH wasted so much time in showing unnecessary tracks that they are avoiding the main track of MP life feel sad
2 Likes this

To be honest ... It's better like this than showing illogical tracks
3 Likes this

TFS... Well this is no surprise...was to happen anyway...With all that pathetic and unwanted tracks they had brought in all over this year...! Anyhow, the Real MP will heave a sigh of relief...I guess!
2 Likes this

Guess which legend will be playing Roshni Walia's father in Sony TV's ...

Ssharad Malhotra ties the knot with Ripci Bhatia; Here are the WEDDING ...

PICS: Faisal Khan & his girlfriend share crackling chemistry in their ...

Here's WHY Jannat Zubair was spotted crying on the set of Aapke Aa ...

Ssharad Malhotra back in a Family Show

Ssharad Malhotra gives out a special message for his fans