The love triangles started...
Appa-II-Dude
Peanut-Dude-II
Tan is just super... Sam is adorable as always..
When butter is smacking baldie?
Ranjan is missing?

Sudhi your line about dude walking into their lives at the same moment is amazing! So ture ab how can we ask lasya not be jealous.
Cute little thing in pigtails is not only having to bear the virsh vedana of her man but also having to watch him get into the traps of the seductress in front of her eyes.
Their desperation to feel each other and how much he missed her last night just shows...unable to keep his hands off her
And she is going crazy in the hotness of simplicity.
Appa gets to see the war parties of the enemy parties  undertake adultery and intersect their lands and send in illegal immigrants
Now even after his air bombing things seem out of control when the enemy is capturing his land and winning over the hearts of the praja.
One more day and then the war's results shall be out.
I loved including some neighbours to help out amma
I have grownup up seeing my neighbours live like an extended sort of family since I had lived in the same neighborhood from years.
I also love the way dude deals not being the akwardly silent one in the room
He involves himself with the kids before anyone can approach him and holds lasya around and finds a reason to find the natural environmental air he loves.
And the best part is he actually loves it with the kids way more.
And now I can imagine how red II's cheeks have gone
Like she was standing under a cold shower on a cold day and suddenly warm water starts pouring out of it soaking her
Edited by NSB7 - 6 years ago
7
REPLY QUOTE

And all say dude doesn't speak.. He is silent
Oh my gosh if this wht it means as silent then cursed all men to be silent

Really I can imagine Wht II must hav felt after listening to that!!
Andd Lasya she is mama's girl so possessive yet so cute. Like II her inner voice is also horrifieng and it can creat war if all r able to hear it..
Tan is always stress buster he is just supeerr.
Nisha this update was like having wht to say many moments.. Lots happening

So there is a possibility that Lasya learnt that "NO" from Mami.

Tan is hilarious! Sasural mein pair pakad raha hai R&B, maaf Karo bechare ko. Vasudha or Victoria? I so relate to this. I tend to pamper and annoy kids at the same time.
LASYA is not giving up her hold on Mama! Arsenic? Spoon seductress? Dear God!! What all you come up with Nisha

Seems like the Dude has too many fans around right now. In spite of it being Diwali and a lot happening around, Appa never loses sight of him! Such louvveee

Dude coming over and bending to help II. Lending a hand to pregnant wifey

II is a goner. Can't resist the Dude.

Sorry...
The previous post was a little too snub hence deleted it 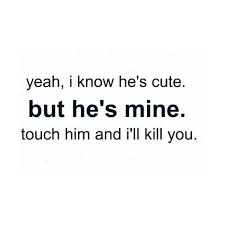 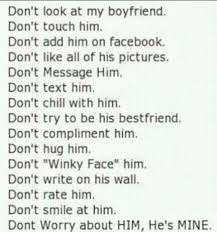