She has to come to her maayka for the first Diwali after marriage but she has managed to get herself teased by all the akkas.
I am trying to imagine the butter ball in knee length boots

and the redness of II s face. Nobody is going to tease dude but I really want to as managing all the kids right now in DII. ...shubhang Brinda lasya shravu
2
REPLY QUOTE

IF ate my review

So much of BUTTER & dude gushing I did

I love such updates. All the elements that I love. Dude and II fighting, yet succumbing to their longings.

Its not just her who can feel the heat radiating from him.. That kind of heat is transferable through miles via a laptop screen, too

LASYA looking like a cowgirl in boots, or a regular stylish chica?? I can actually imagine her as both. Only difference is she'll waddle

She's growing more possessive every single day. Every day with Mami is turning out to be a face-off. Also, I think she would've learnt the word "NO" from II, who uses it rather frequently, but to no avail, with the Dude

Sam and Vandu in one frame is always a laugh riot!! Poor distraught II putting away clothes with henna on her hands. The Rakshashan really messes up her equilibrium.

have a good time here ladies. Wonder where the laddie Vikas is?? and Jai?? Hope all is well..
Good day/night people..
2
REPLY QUOTE 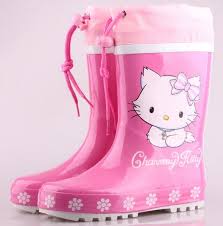 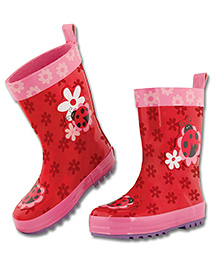 Time for RB to get up for the ceremonial bath.
2
REPLY QUOTE

The house looked festive and it overflowed the Sikh neighbor across visited with Dad, they spoke in Punjabi, and Amma invited him and his wife for dinner too
Unlike Shanti Niketan or MM, dinner wasnt chhappan bhog, Athai soaked for vadai as Tan while entering the house demanded vadai from Amma

Bala had to go to the tailor to his Appa's shirt, all Munirka tailors were always late so this time he had tried INA tailor

He was stuck in Diwali traffic...

R&B had changed, II noticed... into navy cargo pants, and a simple white cotton shirt with navy stripes, untidily folded at the elbows... lean and sexy

He wore a white vest... she had packed that combination and he had worn it

He wore a khaki belt at the waist... effortlessly casual and sexy... the way he carried Lasya and wandered to the balcony made II's heart race

She watched him from the dining table

He turned exactly when he wasnt supposed to and caught her staring, Amma had asked her to chop raw bananas for curry her mehandi was dry, she had applied the clove lemon juice a couple times and toasted her hand
tonight, she sent the bowl of water, in which she was soaking the bananas flying
She self consciously bend down picking up the peeled but uncut bananas, he walked inside, and bend down and picked up the mess, holding Lasya, went to the kitchen and asked Athai for a towel

She curled her toes and met his gaze
He gently reached and felt her toe rings the silver tubes, she trapped his fingers with her other foot
She picked up a few curled up shavings of green peel and stuffed it in his pocket Lasya screamed "No

AYYYOOO
TAN AND HIS SENSE OF HUMOR

"Dude what happened to that French pride?" Tan acted too shocked

R&B stood up lazily, with a wicked grin...


Lasya was desperate... "No no no no" she muttered shaking her head, sending her pigtails flying

"You taught her No?" II tried to change the topic, she asked Tan

"See ur sister is laughing, she agrees"

Tan wasnt like R&B, he was flashy, he wore  a gold Rolex and carried the most expensive phones and always wore formals

Her dude was not only wicked but casually so

Vandu and Sam walked out, Sam was holding Shubhang, cooing to him

Amma brought out empty plates and bowls for sambar

"Did u see my saree Vandu asked"
Fireworks were being lit up one after the other downstairs, by the two boys, two girls and uncle R

Sam had bought her a saree too,

"Enakku inda varusham lottery, I am getting 5 sarees I think" she gushed

The young women sat on the couch, II brought the sarees from the shrine

they gushed and drooled over it

She looked for her husband, he had gone down... A HUGE carton of fireworks was brought by Tan it sat in the balcony

"Why did u bring so much?" II complained

Vasu came up to go to the bathroom, he intercepted her and began quizzing

She was too shy

Lakshmi coaxed her to talk

"Like Ishita chithi, this is another chithi" she tapped Sam

"VASUDHA" she yelled and drew in the air

Ii walked over and kneeled down by Tan

"You have to learn Tamil, sollu kanna" (tell him)

"Will u come to my house?" Tan asked her

She shook her head, "Only with Amma"

Jumping in his arms

"Do u want to eat idlis?" II asked him

Appa walked out of the computer room and saw that...

She wrapped her shawl tight and moved away from him, the kids returned

Mixie roared in the kitchen...

Shravu had told Nandu about the tradition, now HE wanted to stay over also

"Amma UNCLE R LIT THE GIANT GIANT ONE..., Amma we need to get that, Amma please please ma"

"SHRAVANA Paati gets scared no" Akka scolded "Thatha too"

"Its so expensive, Bala went to Khari Baoli and bought for Rs.1476, bus two bags" Akka shook her head and shuddered

Sam smiled gently, she had never counted anything in life... she didnt have to

Sizzling hot vadas, crispy on the outside and spingy on the inside, with two chutneys, dhania and the quintessential coconut, along with sambar

Repeatedly going to II and coaxing her to  do stuff, or show her pictures on his phone, or making her answer his Diwali wishes

II had fished out the raw banana peels and thrown it n her bathroom trash
Amma served her idlis in a bowl, her hunger pangs were unstoppable

Mrs Singh wished her for the baby

Venkat listened to Tan, Tan  shared stories of working with Germans and Chinese

R&B wandered with the baby... tall and unassuming, weaving through lil and big humans

Akka had latched II's jhumka back...

She walked over to him  "everyone is eating" she said, he leaned on the balcony door showing Lasya the occasional Tamil family fireworks on the street
eating from her bowl of idlis floating in golden sambar

"You dont give up do you. The guy told u hes not hungry... GO AWAY"

II crushed a piece of idli with her spoon and held it.. Lasya stared at it

And looked at R&B

"Did u forget the rules? dude? it cud be coated with arsenic, YOU eat first" Lasya said

He bend down and sucked her spoon...  "I cud give u the spoon if u want to suck on it?" II offered humorlessly

"U mean right now?" he asked reading the "spoon" as somethin else

"Why not... its handy... (II chuckled mockingly) u cud stick it in ur pocket and take it to work with u and
suck on it all day" she offered in a  whisper

"I prefer something, soft, and warm...too big to fit into my pocket, with moles on it and with a tip that bends under my tongue" he said IN A ROOM FULL OF PEOPLE

II bend down... turning red...her insides floating in its own pool of sambar