Happy Navrathri to you also Jas.
Best wishes to everyone . May good triumph over evil and may the nine nights bring joy and grace to all of us.

Wish you Happy Navaratri..
Godess Durga bless you with all the happiness and guard from all the bad evils... 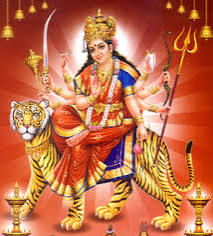 Had the opportunity to be in Mysore last year for two days during Navaratri...
The palace looks amazing with and without lights... 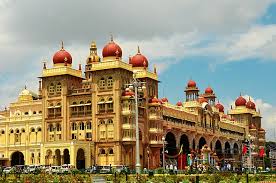 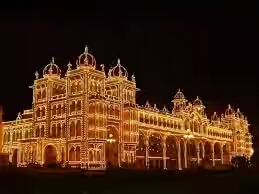 Good morning and happy Navratri to all the friends!!!!!

Good morning / evening All,
Wish everyone a Happy and Blessed Navratri.
REPLY QUOTE

No Elise or Marliese wasnt there, Alex and Jacque and Romain and Jullian were...
R&B fit into the group like a missing piece in a puzzle, they knew what he liked and he knew how to work the group

All were extremely respectful of Ranjan... he spoke a little French, they smiled when he attempted to respond
They warmed up to Manya too, though she hadnt seen them much together for extended periods of time

When the waiter arrived R&B said something in French, the waiter and his partners burst out laughing
she pulled att his tee "enna sonney?" she whispered

One of the wife's quizzed II about pregnancy, Ii did her best to explain and after a point gave up and
generally smiled and chatted with Ranjan who sat on her other side

She couldnt move off the chair when the meal was over

The men did the best they could to involve her, the restaurant was too noisy and she didnt have a clue about French

"If I hold Siri by your mouth will she translate for me?" II chuckled

"Try it he coaxed, pulling her closer and snuggling
And then translated in French

JUST MY LUCK TO FALL FOR A GUY FROM PARIS

Many "hip" "KV HIP " to restate that term girls were taking French lessoons at Allianz... Amma wouldnt let her

"Amma, its the opposite direction buses will be empty... most people will get out of office then"

"How will u study for boards?"

"Do u wnat to work for Air France?"

"appa wont allow me to learn French become cabin crew, do modeling... everyone says I shud model for shampoos" "Or toothpaste" II grinned

"appa's Samsonite is just behind the door since he just returned from Madurai, adu poruma do u want a bigger one?"

R&B pointed to Alex...
"Does he cook for u... he make sandwich and steak" Alex kissed his finger tips

"No... he says he knows nothing vegetarian" II grumbled

"He very clever, he pick Indian girl, no meat" Romain said shrugging try to communicate he doesnt have to cook much for II

"AND NO alcohol" Manya waved her empty wine glass

"At my bachelorette" II said proudly

Manya spit her wine refill out

II was mortified, as R&B translated it in French

The men and women laughed uproariously...

Ranjan smiled and shook his head

"I am goingt o the rest room" II  vanished

"He married wild one" Romain said in awe

"Oh ya... thats me... not one calm bone in this body" she smirked, mock proud

When they said their goodbyes at close to 1 AM... Alex hugged II and said something in French that SOUNDED like Elize

He held her hand all the way home, gently nuzzling her neck as they waited for the train, Ranjan walked the platform talking to India

Manya texted and chuckled and texted

"Will u be mad if I ask something?" she asked

"If its money, them yes" he whispered on her neck, and yawned...

"U dont listen to anybody, u do ur own thing, do everything on ur own,
take trains to work, cook clean, do laundry... why cant u have someone do it da? how can a person" (not worry?) she stoppedShe gently
held his waist and let him lean on her

"Ya sure u do!" she mocked... "when u are naked and my legs are apart" she hissed, nipping his ear lobe

He groaned
And then laughed
They leaned on the wall, after he pulled back... waiting for the train

"If I start talking dirty, onnala inga nikkave mudiyadu (u cant even stand here) she whispered

"say something?" he said

She noticed the word "home" came very easily to him here... he only said "Malcha Marg", or "2nd floor"  "Or the balcony" when he referred Savvy's home

"give me a foot rub and  massage my scalp with essential oils and make love to me on a bed of rose petals" she said calmly, albeit gasping for breath

"thats not dirty" he scowled

"Do it and then u will hear dirty"

she was on the phone now...

"Do u need hot chocolate, I am making some" she offered

Manny put her call on hold... a tequila or scotch? yes... hot chocolate? NOOO, Nandu ko do" she giggled

She change dinto her kaftan and lay down to sleep only to be woken up by something warm being poured on her head, she turned moaning, savoring the feel

She opened her eyes

Svm you are indeed amazing